Head Injuries and the Path from Pilot Study to Major Grant

LEXINGTON, Ky. (April 18, 2018) — Traumatic brain injury (TBI) has been a hot topic of late as soldiers return from the battlefield and football players from the gridiron with debilitating injuries.

To date, treatment for TBI has been limited because the underlying mechanisms that cause brain damage are still poorly understood. Recently, however, science has shown increased interest in exploring ways to prompt the brain to heal itself after injury, or perhaps even protect itself as the injury occurs.

A team of researchers from the University of Kentucky Department of Molecular and Cellular Biochemistry, the Spinal Cord and Brain Injury Research Center (SCoBIRC), and the Sanders-Brown Center on Aging have homed in on a protein that might play a role.

Molecules called small G proteins function as a cellular go-between, receiving signals from outside the cell and relaying them as "marching orders" to direct tasks within the cell.

When those proteins are damaged — as they are during a traumatic brain injury — neurons in the brain die off, leaving gaps in the network that controls every single thing humans do.

Brain injury is not a single problem but a constellation of problems, explains Doug Andres, a biochemistry professor and assistant dean for research in the UK College of Medicine. Someone with a brain injury can experience disruptions in their ability to walk, talk, see or think clearly — alone or in combination.

"Small G proteins function like the wall switches in your kitchen," Andres explains. "There might be one switch that controls the lights and another that controls the garbage disposal. Both of those are important — but separate — functions, and when one or more of these switches is broken, it cascades into a kaleidoscope of physical issues."

But Andres, working with Kathryn Saatman at SCoBIRC and Chris Norris at Sanders-Brown, was able to demonstrate that one of the small G protein family, known as RIT, appears to function as a master switch, like the circuit breaker box that controls electrical current in the entire house.

"RIT's ability to regulate an entire suite of pathways makes it very powerful, and an obvious target for treatments to counteract brain injury," said Andres. "Ultimately the hope would be that we would uncover cellular pathways that could be manipulated through drugs."

To prove the RIT hypothesis required a skilled team of labs. Saatman at SCoBIRC contributed expertise in the area of animal models of brain injury, while Norris at Sanders-Brown Center on Aging is deft at analyzing neural networks.

The Andres/Saatman/Norris collaboration began with seed money from the Kentucky Spinal Cord and Head Injury Research Trust (KSCHIRT). In 1994, the Kentucky state legislature launched KSCHIRT, which uses surcharges on certain traffic violations to fund research at UK and the University of Louisville. As KSCHIRT intended, SCoBIRC has used this money as leverage for outside funding, self-sufficiency and increased stature among similar centers in the U.S. and abroad. In 2017, the return on investment for KSCHIRT money at SCoBIRC was 36 to 1.

"SCoBIRC is one of the premier centers of its kind in the U.S.," said Joe Springer, SCoBIRC director. "It's rare to find a center that conducts research in both brain injury and spinal cord injury, and we've made great contributions to the field in both areas. The project spearheaded by these three scientists is a testament to the terrific work we do here."

The seed money from KSCHIRT has paid off for Andres, Saatman and Norris, who have been awarded a five-year, $2.5 million grant from the National Institutes of Health to continue their work.

"It was the combination of being located next to world-renowned experts in brain injury research and the ability to get funds from the state of Kentucky to fund our pilot studies that allowed us to really get to the point where we are today, getting a large grant from the National Institutes of Health," Andres said. "This is team science with a capital T and without collaboration among these three labs there is absolutely no way this would have gone forward." 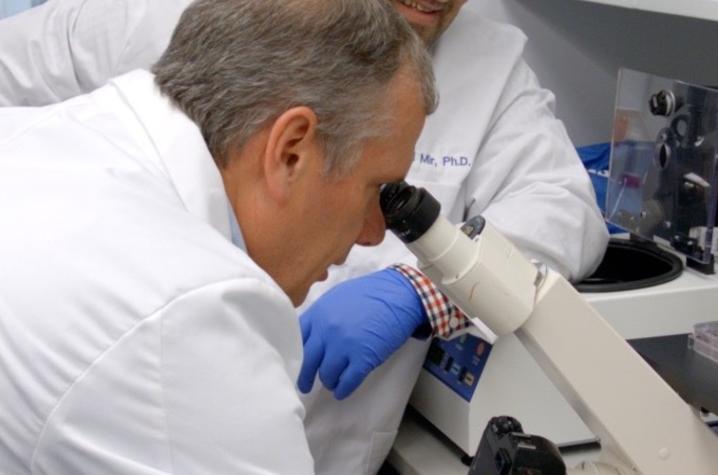 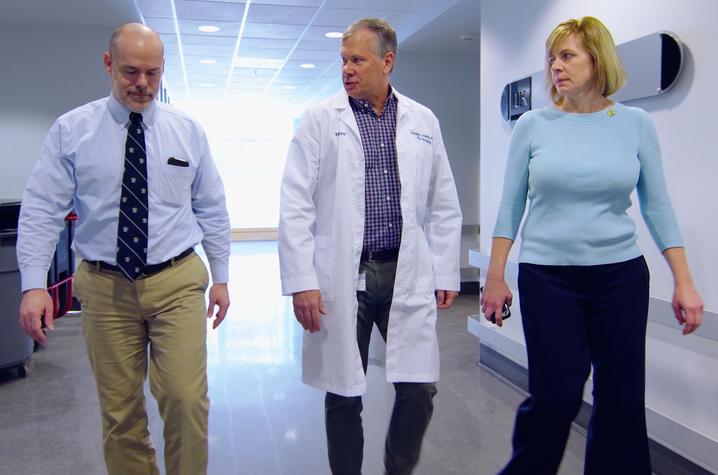