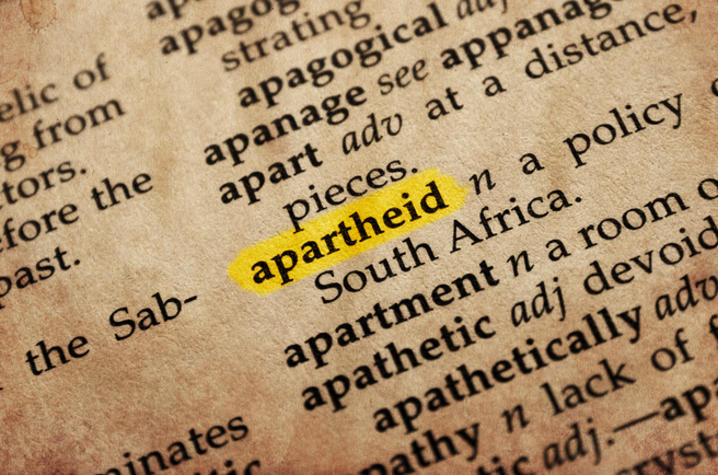 The $45,000 award will support the Bitter Aloe Project. iStock/Getty Images Plus

LEXINGTON, Ky. (Feb. 7, 2022) — It takes community and collaboration to define violence, understand the root cause and prevent it from happening in the future.

That’s why the Harry Frank Guggenheim Foundation (HFG) provides research grants to leading scholars who are making a significant contribution to highlighting and addressing an issue of violence.

The Guggenheim Foundation has selected Stephen Davis and William Mattingly as recipients of its Distinguished Scholar Award.

“We are very honored that the Guggenheim Foundation elected to support our work with South Africa’s Truth and Reconciliation Commission archive,” Davis said. “We believe that advanced machine learning will enable us to reveal the history of apartheid violence in new and illuminating ways.”

Davis is an associate professor in the Department of History in the College of Arts and Sciences at the University of Kentucky. He specializes in anti-apartheid politics with a specific focus on the armed struggle and the practice of political violence.

Mattingly has a Ph.D. in history from UK and is a postdoctoral fellow at the Smithsonian Institution’s Data Science Lab and the United States Holocaust Memorial Museum, where he is developing machine learning methods for cataloging Holocaust images and the natural language processing methods and models for handling Holocaust textual data.

The Truth and Reconciliation Commission Explained

The TRC was established in 1995 by the new South African government to help heal the country and bring about reconciliation.

The goal was to uncover the truth surrounding human rights violations that occurred during the apartheid (between 1960-1994). Its emphasis was on gathering evidence — from victims and perpetrators — not on prosecuting for past crimes.

This unique process allowed offenders to apply for amnesty on the condition they provide full and truthful accounts of politically motivated violence. Additionally, a public hearing was held, which offered victims a forum for telling their stories — often for the first time.

The Challenge the Bitter Aloe Project is Working to Overcome

Like most truth commissions, the TRC faced a difficult balancing act — documenting the totality of past abuses and creating an archive that is easy to navigate and understand.

“It is a common challenge for most truth commissions, which often interpret post-Holocaust notions of ‘never forgetting’ as leaving no testimony behind. In this case, it buried the broad contours of mass political violence under an archive of segmented narratives,” Davis explained. “This unintentionally obscured the networks of social connections between victims and perpetrators that it sought to document, preserve and disseminate.”

Davis and Mattingly’s work enhances the legibility of the TRC’s archive by providing the public the ability to visualize structured data extracted from the texts.

Currently, their models can accurately recognize the names of individual victims and political organizations, as well as dates and locations of human rights violations and the type of violence employed.

The Impact, Value of Unlocking the Data

The Bitter Aloe Project has the potential to provide an unparalleled window into political violence committed during a 35-year nationwide conflict.

“The tools we’ve developed unlock this potential by bringing this archive in line with new definitions of public access that rely on machine learning to extract novel datasets,” Davis said. “The aim of our work is to better inform public debates about the past, as well as open new avenues in scholarship on violence during the apartheid era.”

In the upcoming year, the project team will disseminate this refined methodology among scholarly communities through workshops and online tutorials.

As a result, scholars and researchers will be able to take advantage of new forms of data visualization and statistical analysis — enabling better comprehension of social relations and mass violence.

More information on the Bitter Aloe Project can be found online.