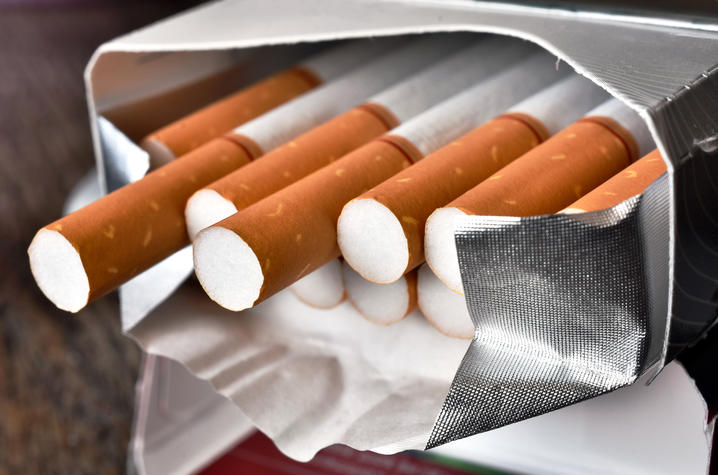 LEXINGTON, Ky. (Jan. 16, 2020) — Current policies that include restrictions on the sale of menthol flavored tobacco and nicotine products are less likely to reach those that would benefit from them the most, according to new research from the University of Kentucky’s College of Medicine published in Health Promotion Practice Jan. 7.

The research led by Shyanika Rose, assistant professor in the Department of Behavioral Science, examined local policies across the nation that restricted flavored tobacco products to see how they reached at-risk populations including youth, people of color, LGBTQ and low-income groups. The study revealed that while bans on flavored tobacco products are reaching populations most at-risk for using them, policies that include restrictions on menthol flavors were less likely to reach them, particularly African Americans.

According to Rose, menthol cigarettes have a long history of being disproportionately marketed toward African Americans, to the point that nearly 90% of the African Americans who smoke use them. Menthol flavoring eases the harshness of cigarette smoking and has been associated with more difficulty quitting and progression to regular use.

The study is particularly timely with the recent federal restrictions on flavored vaping products, which exempts menthol and tobacco flavors. Rose says that while these policies are important to protect youth from tobacco use, their adoption and implementation may overlook the need to protect others at higher risk for using flavored tobacco products, including racial and ethnic minorities.

“Flavored tobacco restrictions that do not include menthol cigarettes unfairly affect people who are harmed by them the most and it negatively impacts public health,” Rose said.

Rose says next steps are to examine the impacts of “strong” policies that include a ban on menthols to see how they affected the smoking behavior of youth, racial/ethnic minority and low-income populations. Additional bans on menthols are gaining momentum at the local, state and federal level and Rose’s ongoing research could help lawmakers create policies that are more equitable.

“As more localities are considering flavored tobacco restrictions, they really need to think about having the strongest restrictions including bans on menthol cigarettes to adequately protect public health and reduce these disparities,” Rose said.

Shyanika Rose is a member of the University of Kentucky’s Center for Health Equity Transformation (CHET), which fosters innovative, transdisciplinary and impactful research and training to improve the health of the most vulnerable residents of Kentucky and beyond. Learn more about CHET and Rose’s research here.