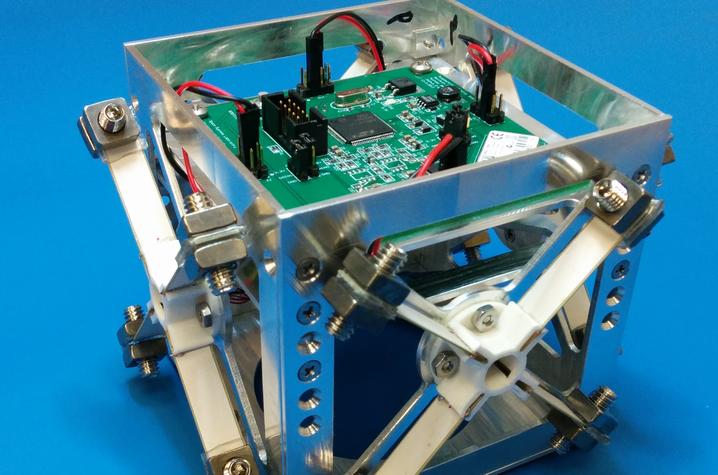 Michael Seigler and Jesse Hoagg, faculty members in the UK Department of Mechanical Engineering, will serve as co-investigators and lead scientific and technical development for the first project, “Coordinated Position and Attitude Control for Formations of Small Satellites,” which will receive $750,000 over three years.

“This project will add a new and important dimension to Kentucky’s expertise in small-satellites that has grown since KySat-1 was selected to be one of NASA’s first three ELaNa CubeSats launched on the Glory Mission in early 2011,” Smith said.

“Space Tango enables customers to utilize microgravity for discovery and manufacturing with our TangoLab line of products installed on the International Space Station," said Space Tango CEO and UK mechanical engineering graduate Twyman Clements. "This project with the UK College of Engineering is a perfect use case for leveraging the ISS as a platform for R&D in microgravity.”

Another Kentucky project that will perform research in orbit, titled “Enhanced Science on the ISS: Influence of Gravity on Electrokinetic and Electrochemical Assembly in Colloids,” will receive $100,000 from NASA EPSCoR over three years in partnership with the NASA ISS Program Office. Stuart Williams from the University of Louisville Department of Mechanical Engineering will serve as science lead. The proposed work complements ongoing research conducted by this team on board ISS with the support of NASA Kentucky EPSCoR.

NASA’s Established Program to Stimulate Competitive Research (EPSCoR) announced these Kentucky research grants among 22 awards in EPSCoR states nationwide for research and technology development projects in areas critical to the agency’s mission, including nine that will be testing research onboard ISS.