Jon Wes Adams and his doctor Samy-Claude Elayi of the UK Gill Heart Institute visit students at SCAPA to talk about CPR.

LEXINGTON, Ky. (Jan. 30, 2017) – In 2015, identical twins Gardner and Jon Wes Adams, then in their mid-20s, both nearly died when their hearts suddenly stopped beating. The incidents happened months apart, but the cause was the same: Brugada syndrome, a rare, congenital heart rhythm disorder.

Jon Wes' heart stopped first, while he was running at The Arboretum at the University of Kentucky. Bystander CPR kept him alive until emergency medical personnel arrived. At UK Gill Heart Institute, doctors ran a battery of tests to determine why this healthy, physically fit young man went into sudden cardiac arrest. As soon as the results indicated Brugada syndrome, the care team knew they needed to test Gardner, since he has the exact same genes as his twin brother. They weren't surprised to find that he had the syndrome, too.

By that time, Jon Wes had received an implantable cardioverter defibrillator (ICD) that could detect abnormal heart rhythms and provide an electrical shock to restore a normal heartbeat and prevent cardiac arrest. Gardner and the doctors decided that he, too, should receive an ICD. While sudden cardiac arrest in Brugada syndrome is uncommon, the chances seem greater if it's happened to a family member, especially one with identical genetic material.

Only months later, Gardner's heart stopped while he was running. The ICD saved his life.

This unusual clinical case — genetically identical twins with a rare heart condition — prompted one their doctors, Samy-Claude Elayi, to seek a greater understanding of Brugada. Genetic testing revealed a specific mutation underpinning the condition in Jon Wes and Gardner. The mutation causes the membrane of the heart cells to lose function and stop conducting the electrical current that powers the heart. It turned out that their non-twin brother and their father also had the mutation, but no symptoms. Elayi wanted to know why the condition was presenting so differently in family members with the same genetic mutation.

With support from a high-impact pilot award from the UK Center for Clinical and Translational Science, Elayi and a multidisciplinary group of researchers are trying to find answers. The team includes Brian Delisle, Ph.D., associate professor of physiology and a recognized expert in the field of the basic mechanisms of congenital cardiac arrhythmias; Mark Farman, Ph.D., associate director of UK HealthCare Genomics and professor of plant pathology; and Jonathan Satin, Ph.D., professor of physiology. The case inverts the oft-quoted paradigm of "bench to bedside," a reference to the trajectory of science that starts in the lab and then progress to patient care.

"This is a really fantastic opportunity because we have different members from a single family from whom we can get cells," Elayi said. "We are trying to do a specific analysis of what is really going on with this family and this gene because this disease is still very poorly understood."

The research team is specifically looking at cells from Jon Wes and his non-twin brother, as well as the rest of the family, with the hypothesis that they will exhibit differences in electrophysiological properties and gene expression patterns. Blood samples from each person were sent to collaborators at the Stanford Cardiovascular Institute, where the blood cells are being reprogrammed into inducible pluripotent stem cells (iPSC) —cells that can become any type of cell in the body. The iPSCs will then be sent back to UK, where Satin will make them into heart cells that the team can study.

The team hopes to make a certain type of cardiomyocyte that few labs have been able to create, which would constitute a major advancement of this science at UK. They also hope that better knowledge of the genetic factors of Brugada could advance the practice of precision medicine in the field.

"This case is at the intersection of developmental biology, functional biology, and molecular biology," Delisle said. "Hopefully we can use this approach of reprogramming patient cells into stem cells to better understand their heart condition. And it could be a platform for understanding other types of congenital arrhythmias."

Meanwhile, Elayi and Jon Wes are taking their story into the community to emphasize the importance of CPR. They recently visited Lexington's School for the Creative and Performing Arts (SCAPA) to talk with middle school students who had just received CPR training. A state law passed in 2016 requires all students to receive CPR training before graduating from high school. Jon Wes told his personal story of being saved by CPR, and Elayi shared facts about the heart and demonstrated CPR and how to use an AED.

"I take my time to go to schools because CPR saved my life," said Jon Wes, who's a teacher in Jessamine County. "I think the earlier we can start students, young adults, young kids learning about heart health, the better they're going to be in the long run."

He emphasizes that 70 percent of cardiac arrest happens in the home, so there's great likelihood that any person will be in a situation where someone needs CPR.

"When the kids learn about CPR, it's all theoretical, but when someone who made it because of CPR tells you their story, it's different. It's real life and it's personal," Elayi said.

Angela Stark, the physical education and health teacher at SCAPA, knows that a first-hand account underscored the importance of the training for her students.

"Jon Wes telling the kids about his story made CPR seem that much more relevant and important, so they know it really does happen and that he's standing here because someone was trained in CPR," she said.

These Twins Weren't Identical (But Only for Eight Weeks) 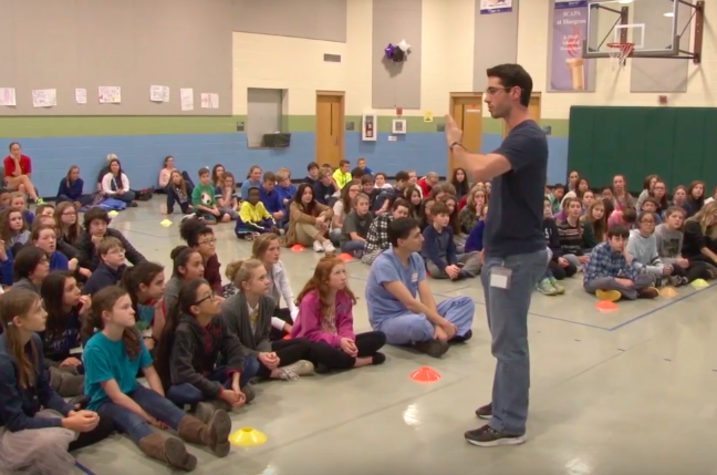 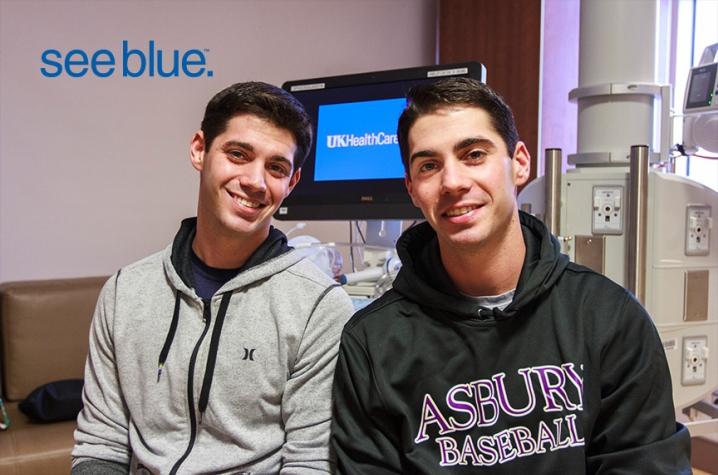