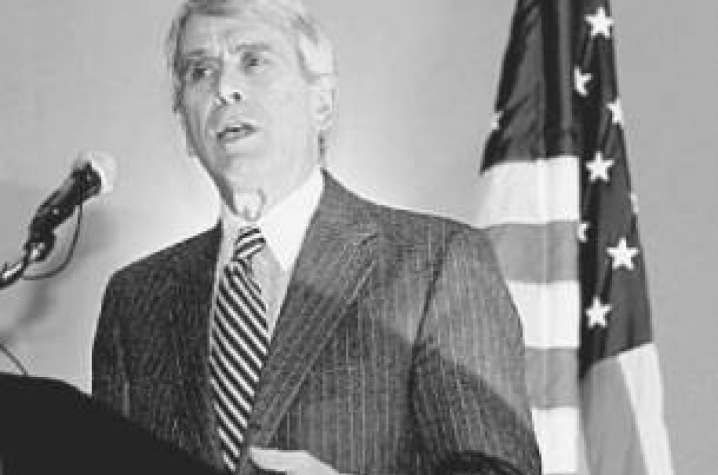 LEXINGTON, Ky. (Oct. 19, 2010) - Ambassador Thomas M. T. Niles' explanation of how more than 500 million residents joined together to form the European Union holds more weight than most. The University of Kentucky Patterson School of Diplomacy and International Commerce graduate was there for some of the transition's most pivotal moments.

Born in Lexington, Niles holds a bachelor's degree from Harvard University and graduated from the Patterson School with a master's degree in 1962.

The Kentucky native retired from the United States Foreign Service in September 1998, following a career of more than 36 years. Appointed ambassador to Canada in 1985, Niles played a key role in negotiations leading to the U.S.-Canada Free Trade Agreement, and he was widely recognized for his efforts to promote American business north of the border.

As a U.S. envoy to the European Union, he was closely involved in bilateral and multilateral trade issues as well as the developing political/security relationship between the U.S. and EU.

Earlier in his career, he served in Belgrade, Moscow twice and in Brussels with the U.S. Mission to NATO.

As assistant secretary in charge of European and Canadian affairs at the State Department, Niles was responsible for some of the first steps in the transformation of the NATO alliance, the opening of more than 15 new U.S. embassies in Eastern Europe and the former Soviet Union, and the establishment of diplomatic relations with the newly independent states.

On Feb. 1, 1999, he became president of the United States Council for International Business (USCIB), which advances the global interests of American business both at home and abroad, promoting an open system of world trade, finance and investment. Retiring in 2005, Niles is now vice chairman of the council.

Niles' talk is free and open to the public. For more information, please contact Christine Wolcott at cawolc2@email.uky.edu or (859)-257-4666.