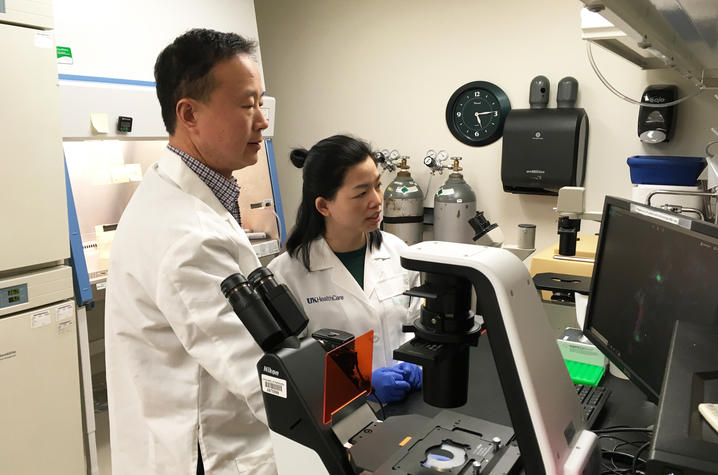 The study, led by Markey researcher Ren Xu, associate professor in the UK College of Medicine’s Department of Pharmacology and Nutritional Sciences, found that Hsp47, a protein that assists with collagen production, plays a role in breast cancer metastasis.

The results suggest that targeting Hsp47 could be a promising strategy to block cancer cell-platelet interaction and cancer colonization in secondary organs for triple-negative breast cancer patients, says Xu.

“If we can find a way to target this pathway with therapeutics we could block this process and therefore inhibit metastasis,” Xu said.

Xu says another benefit of the study is the potential that Hsp47 could serve as a prognosis or biomarker of metastasis since it is often amplified in the genes of metastatic breast cancer tissue.

The study was published in PNAS and was supported by funding from the National Cancer Institute.