LEXINGTON, Ky. (Sept. 21, 2018) — A research facility expressly devoted to addressing and eradicating the state’s most significant health disparities was opened Friday morning by the University of Kentucky Board of Trustees and President Eli Capilouto, and many of the Commonwealth’s leading policymakers.

“Today, joined by our partners in progress, we open the doors to a modern facility that will be a shining beacon of hope — a testament to the idea that we can turn the tide on disease and suffering in the Commonwealth,” Capilouto said. “UK’s new multidisciplinary research building is the result of a $265 million partnership between the state and its flagship university, equally committed to a better and brighter future for Kentucky.”

Capilouto — flanked by Gov. Matt Bevin, Congressman Andy Barr and State Senate President Robert Stivers — formally opened the new 300,000-square-foot research facility in the heart of UK’s biomedical research campus. The $265 million facility — paid for by a combination of state funds and private philanthropy — will bring together basic scientists, clinicians, engineers and behavioral scientists, among others — to address the state’s most pronounced health disparities.

Kentucky, for example, is among the nation’s leaders in deaths from cancer, heart disease, opioid overdoses and addiction, and diabetes.

Ultimately, some 500 scientists, principal investigators, graduate and undergraduate students will work in the unique facility, which brings together experts across disciplines around the idea of more quickly developing solutions and getting them into communities where they can make a difference.

“From cancer to opioid addiction, 21st century health concerns need 21st century solutions,” said Gov. Matt Bevin. “The University of Kentucky is already renowned for their innovative medical research. We are confident that this center will further enhance their reputation for excellence, and we are grateful to everyone who made this next giant leap possible.”

Specifically, the state of Kentucky invested $132.5 million in 2015 toward the facility and then appropriated another $40 million in bonds toward the fit-out of space during the 2018 legislative session.

Phase 1 of the building — a portion of the basement and floors 2 and 3 — will open this fall and the first group to move in will include some of the university’s leading cancer researchers.

“I cannot overstate the long-lasting impact this new research facility will have on our state, from both a health care and an economic perspective,” State Senate President Robert Stivers said.  “Funding this facility has been a priority of mine because of its focus on addressing the wellness issues plaguing Kentucky.  Medical research that leads to better preventative care will allow Kentuckians to live longer, fuller lives, giving the Commonwealth a better opportunity to grow and thrive.”

The six-floor facility connects to the Biomedical Biological Sciences Research Building, which sits next to the country’s largest and most advanced College of Pharmacy facility, the Lee T. Todd Jr. Building. The complex of interconnected facilities will create a synergy of efforts in health, pharmacology, basic research and behavioral sciences.

“In partnership with the state, we have done something bold through the building concept and design. We are breaking down walls and silos, putting together researchers across many disciplines and approaches, and, importantly, bringing new talent to the institution to work in this bold new setting,” said Lisa Cassis, UK’s vice president for research. “This is what it will take as we set our sights on reducing the heavy burden of cancer, cardiovascular diseases and stroke, diabetes and obesity, and substance abuse.”

Moreover, the complex of research facilities positions UK to continue to advance in securing federal funding, which has increased in recent years under the 21st Century Cures Act, to address health disparities.

“The University of Kentucky continues to be a national leader in medical research. From the recent Markey Cancer Center NCI re-designation, to the important work of the Sanders-Brown Center on Aging, to the Sports Medicine Research Institute’s $4 million award, and to today’s ribbon cutting of the new multidisciplinary research building, it’s clear UK is dedicated to helping Kentuckians lead healthier lives,” said Congressman Andy Barr. “The opening of this new facility will attract further state and federal funding for the university’s programs in the future, and I look forward to the great work these multidisciplinary research teams will do for the Commonwealth and nation.”

“Kentucky can stem the tide of cancer that for too long has cut short too many lives in our state. Kentucky can eradicate the plague of addiction and overdoses that are decimating communities across the state,” said UK Board Chair Britt Brockman. “It’s why we partner with elected officials and the people of Kentucky. They are looking to us to deliver on a bold promise forged more than 150 years ago. We can transform our state. Kentucky can.” 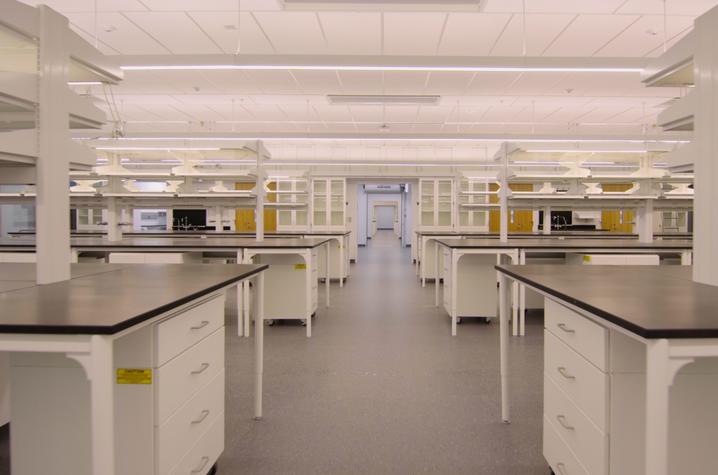 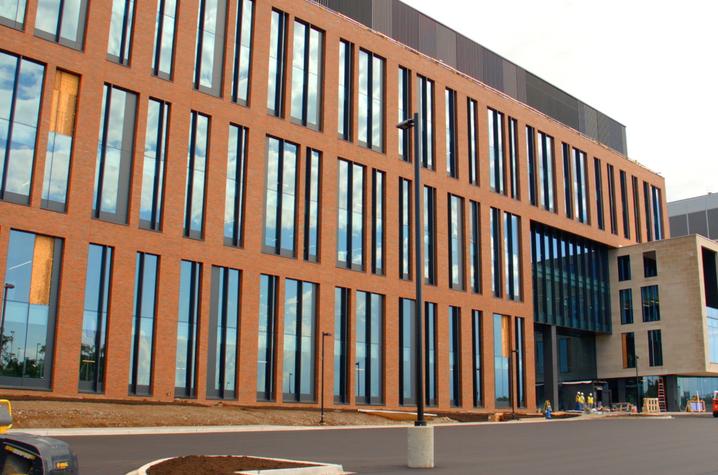