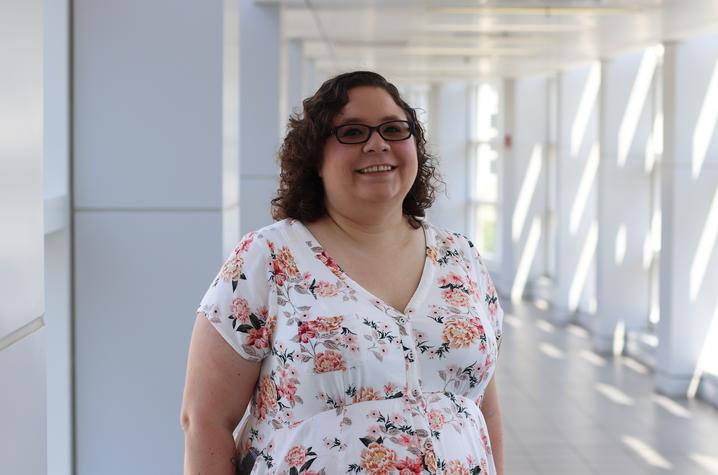 LEXINGTON, Ky. (Nov. 15, 2019) - It’s possible your DNA determines whether or not you can tolerate eating certain vegetables.

Jennifer L. Smith, a postdoctoral fellow in cardiovascular science at the University of Kentucky, will present her preliminary research at the American Heart Association's Scientific Sessions 2019 -- Nov. 16-18 in Philadelphia. In the study, Smith investigates if the genes you inherit alter what food choices you make. Her work highlights a specific gene that makes certain compounds taste bitter, making it more difficult for some people at risk of cardiovascular disease (CVD) to add heart-healthy veggies to their diet.

“Choosing a heart-healthy diet is one way to reduce CVD risk,” Smith said. “Taste is an important factor in food choice, which makes this discovery useful for providers who need to guide their patients’ nutritional habits.”

Everyone inherits two copies of variants on a gene called TAS2R38; these two variants are AVI or PAV. According to the study, the combination of these variants determines your taste. People who have an AVI/PAV gene perceive bitter tastes of these chemicals, while individuals with PAV/PAV make-up find the same foods exceptionally bitter – they’re often called “super-tasters.”

“Broccoli, brussels sprouts and cabbage are usually the worst culprits for those with the super-taster gene,” Smith said. “It’s possible dark chocolate, coffee and sometimes beer can turn them away, too.”

Of 175 study participants, more than 72% of them were female with an average age of 52 years old. Those with a PAV variant were more than two and a half times less likely to consume a lot of vegetables.

If you do find certain veggies impossible to tolerate, Smith suggests trying others – there is a great variety of healthy and nutritious, fiber-packed vegetables. She’s hoping to expand her research in the future to investigate different herbs and spices that will make eating bitter-tasting vegetables more acceptable.

“Taste matters when it comes to altering your diet. If you aren’t appealing to your tastes when you make dietary changes, it may be hard to stick with them,” Smith said. “This research helps bring understanding that taste is an important feature of food choice, which can greatly impact patient care.”