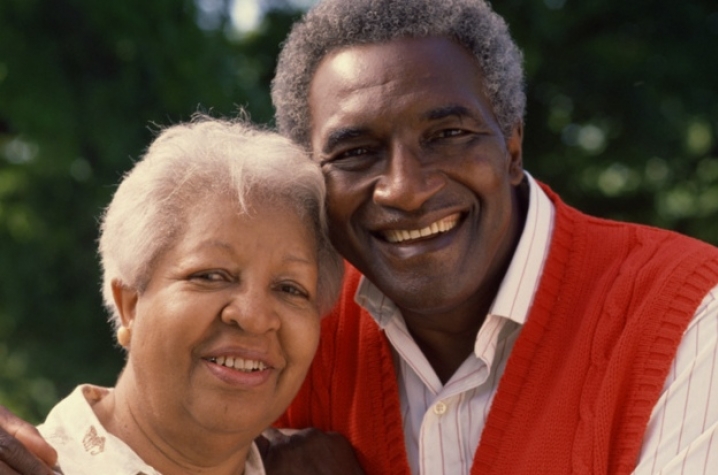 LEXINGTON, Ky. (Nov. 2, 2010) — During the month of November, the University of Kentucky Sanders-Brown Center on Aging and Alzheimer's Disease Center will mark National Alzheimer's Disease Awareness Month with screenings and a commemorative ceremony to honor the lives of those affected by the disease.

Sunday, Nov. 14, Sanders-Brown and the Alzheimer's Foundation of America will present The 2010 National Commemorative Candle Lighting, in honor of members of the community who have been or will be affected by Alzheimer's disease and related illnesses. The ceremony will begin at 5 p.m. in front of the Sanders-Brown building at 800 S. Limestone St., Lexington. Participants will be able to light candles in honor of individuals with Alzheimer's, along with their family members and caretakers. Readings and music will also commemorate the lives of those with Alzheimer's.

Sanders-Brown and the Alzheimer's Foundation will also sponsor memory screenings on National Memory Screening Day, Tuesday, Nov. 16. Screenings will be free of charge, and held at two locations: the UK HealthCare Polk-Dalton Clinic, 217 Elm Tree Lane, from 10 a.m. to 1 p.m.; and the Sanders-Brown Clinical Offices, 1030 S. Broadway, from 1 p.m. to 4 p.m. Screenings will take approximately 30 minutes, and participants will be seen in order of arrival. If dementia or another illness is suspected, participants will be referred for further evaluation. For more information on screening, contact Caitlin McGuire at (859) 257-8971.

"We want to help people with Alzheimer's and other forms of dementia  have a better quality of life;and early diagnosis and  treatment are important first steps toward this goal. " said Deborah Danner, Assistant Professor of Behavioral Science and leader of the education core of the Alzheimer's Disease Center within Sanders-Brown.

Alzheimer's disease is the leading cause of dementia in the elderly. It affects 15 percent of people over the age of 65, ad 40 percent of those over the age of 80. Although the first and most commonly known symptoms of Alzheimer's are memory loss and cognitive difficulties, the condition also increases vulnerability to pneumonia, serious falls, infection and other illnesses.

"Early intervention is important in Alzheimer's disease, because treatments currently exist that slow the progression of this devastating illness. Diagnosis also opens the door for individuals with Alzheimer's and their caregivers to gain access to  community resources. Putting a name to a condition gives many people peace of mind, establishing that yes, this memory loss is real, and help is available," said Danner.

Screening may also reveal that memory problems are not associated with dementia at all, often providing emotional relief. Treatable conditions like depression, medication interactions, thyroid problems, vitamin deficincies or excess alcohol consumption can all produce symptoms similar to the onset of Alzheimer's disease. A screening can help rule out some conditions, and point people in the right direction to find the appropriate care for themselves.

The Sanders-Brown Center on Aging and Alzheimer's Disease Center is comprised of researchers, clinicians and health educators specializing in issues related to aging. The goal of the center is to promote life-long growth and development. For more information on any of the programs of Sanders-Brown, call (859) 257-1412.