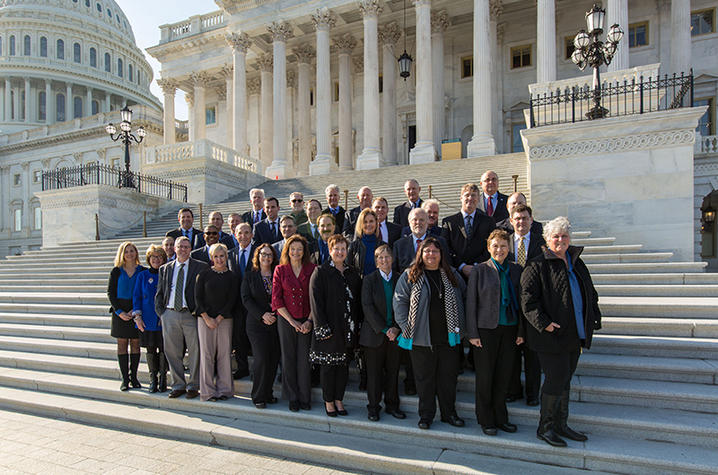 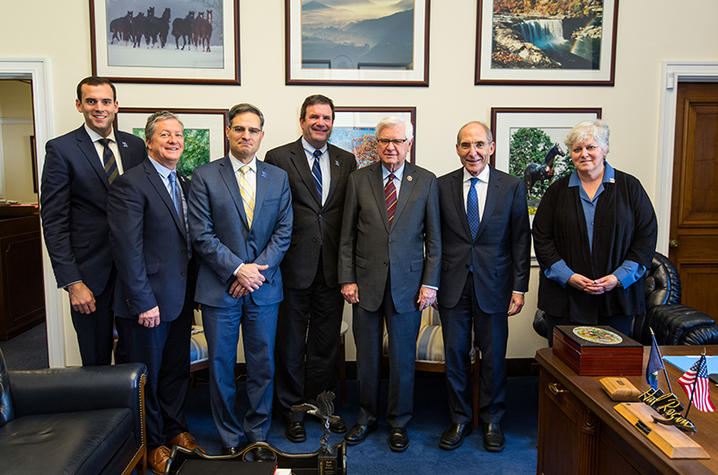 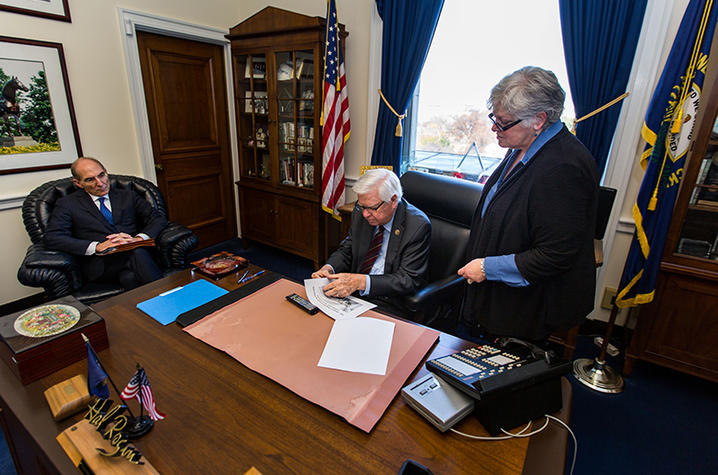 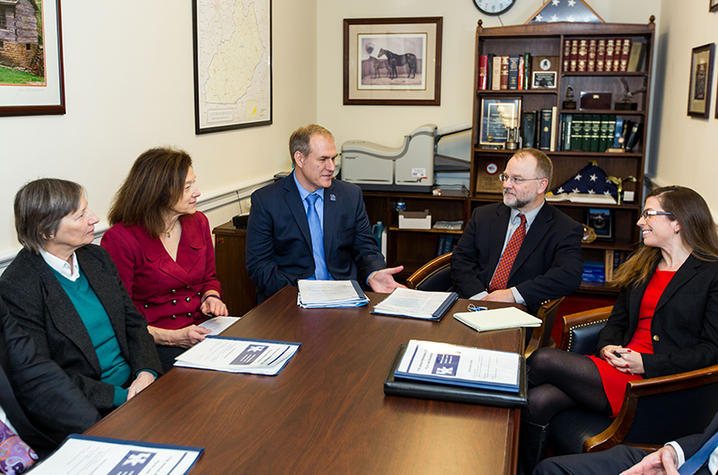 On December 7, 2016, a group of UK Deans, Associate Deans for Research and faculty accompanied the President and Vice President for Research to visit with Congressional members and their staff during our annual D.C. fly-in and reception focused on UK research. This event, hosted by the Office of the Vice President for Research in collaboration with Federal Relations, enabled researchers to discuss with our delegation the importance of research and creative work across the full range of disciplines at UK. An important aspect of these discussions was the impact of UK research on our economy and on the health of those living in the Commonwealth.

Notably, our visit coincided with the overwhelming support of Congress for the 21st Century Cures Act through a 392-26 vote in the U.S. House and 94-5 vote in the U.S. Senate. This landmark bill will support $4.8 billion to support specific initiatives at the National Institutes of Health (NIH) over the next 10 years, including the Precision Medicine Initiative, BRAIN Initiative and Cancer Moonshot. The legislation will reauthorize the NIH for three years, providing authorization of $36.47 billion by FY2020, an increase of $4.4 billion over current funding levels. Additionally, the bill includes language to promote opportunities for the next generation of scientists and to reduce regulatory burdens on researchers. Representatives Barr, Guthrie, Comer, Rogers and Yarmuth supported the measure in the House and both of our U.S. Senators, Senator Paul and Leader McConnell voted in favor of the bill in the Senate.

We applaud our political delegation in support of these important avenues of funding for research. As we approach completion of the first phase of Research Building 2, UK research will be positioned to contribute to implementation of the 21st Century Cures Act.