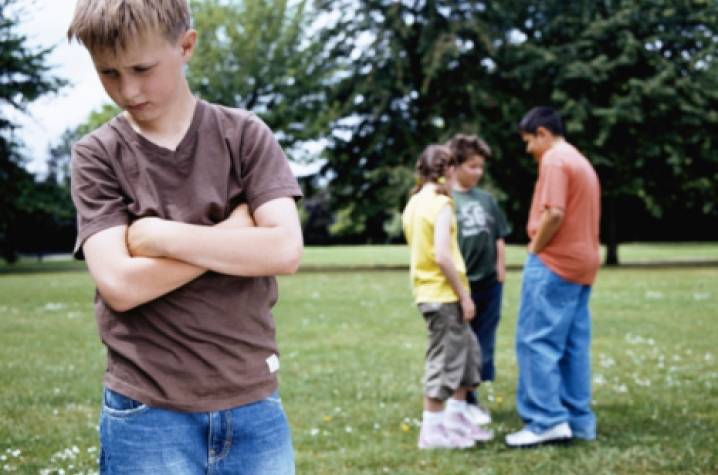 LEXINGTON, Ky. (Aug. 15, 2011) — For proof that rejection, exclusion and acceptance are central to our lives, look no farther than the living room, says psychology professor Nathan DeWall in the University of Kentucky's College of Arts & Sciences.

“If you turn on the television set and watch any reality TV program, most of them are about rejection and acceptance,” he said. The reason, according to DeWall, is that acceptance—in romantic relationships, from friends, even from strangers—is absolutely fundamental to humans.

DeWall thinks belonging to a group was probably helpful to our ancestors. We have weak claws, little fur and long childhoods; living in a group helped early humans survive harsh environments. Because of that, being part of a group still helps people feel safe and protected, even when walls and clothing have made it easier for one man to be an island entire of himself.

But acceptance has an evil twin: rejection. Being rejected is bad for your health. “People who feel isolated and lonely and excluded tend to have poor physical health,” DeWall said. They don’t sleep well, their immune systems sputter, and they even tend to die sooner than people who are surrounded by others who care about them.

Being excluded is also associated with poor mental health; exclusion and mental health problems can join together in a destructive loop. People with depression may face exclusion more often because of the symptoms of their disorder—and being rejected makes them more depressed, DeWall said. People with social anxiety navigate their world constantly worried about being socially rejected. A feeling of exclusion can also contribute to suicide.

Exclusion isn’t just a problem for the person who suffers it; exclusion can disrupt society at large, DeWall explained. People who have been excluded often lash out against others. For the study, DeWall's research team fed participants excessive amounts of hot sauce, blasted strangers with intense noise and gave destructive evaluations of prospective job candidates to measure their reactions.

Rejection can even contribute to violence. An analysis of 15 school shooters found that all but two had been socially rejected.

It’s important to know how to cope with rejection. First of all, “We should assume that everyone is going to experience rejection on a semi-regular basis throughout their life,” DeWall said.

It’s impossible to go through your entire life with everyone being nice to you all the time. When you are rejected or excluded, DeWall said, the best way to deal with it is to seek out other sources of friendship or acceptance.

“A lot of times, people keep these things to themselves because they’re embarrassed or they don’t think it’s that big of a deal,” he said. But our bodies respond to rejection like they do to physical pain; the pain should be taken seriously, and it’s fine to seek out support. “When people feel lonely, or when people feel excluded or rejected, these are things they can talk about,” he said.