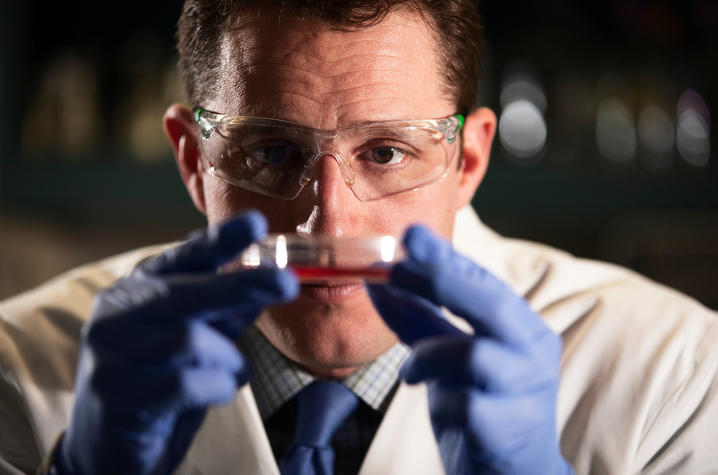 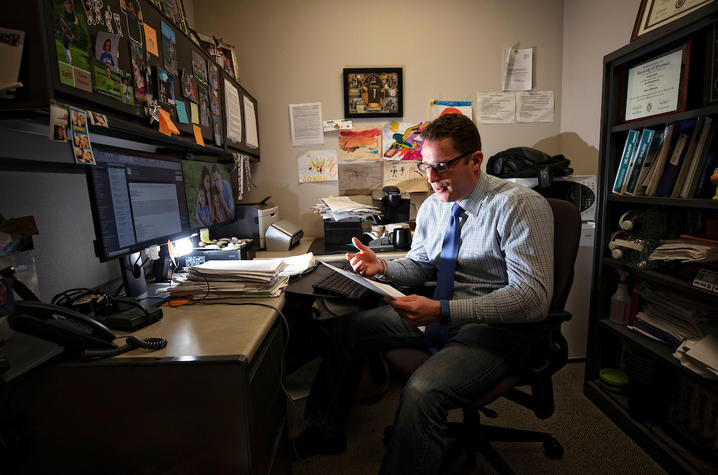 LEXINGTON, Ky. (Jan. 16, 2019) — University of Kentucky researchers have identified a potential cellular mechanism that connects a mother's smoking while pregnant with an increased risk in the offspring's obesity later in life.

Obesity is considered an epidemic in the U.S., with nearly 35 percent of adults and 20 percent of children six to 19 years old deemed obese. Obesity is a serious economic burden as well: more than $150 billion is spent annually on obesity-related healthcare costs in the U.S. alone.

"It has been consistently shown that mothers who smoke during pregnancy confer increased risk of obesity to their baby, but the mechanisms responsible for this increased risk are not well understood," said the study's principal investigator Kevin Pearson, Ph.D., associate professor in the University of Kentucky College of Medicine's Department of Pharmacology and Nutritional Sciences. "These data mark a first step towards defining those mechanisms with an eye toward potential interventions in the longer term."

In collaboration with UK's Department of Obstetrics and Gynecology, a total of 65 new mothers were recruited for the study in two different cohorts: 46 in Cohort 1 (2012-2013) and 19 in Cohort 2 (2015-2016). All of the infants were full-term; approximately half of all new mothers reported smoking during their pregnancies. DNA and RNA were isolated from foreskin tissue which would otherwise be discarded after routine circumcisions and analyzed with a focus on chemerin gene expression.

Chemerin is a protein that is produced by fat cells and appears to play a role in energy storage. Previous research had determined that chemerin is present in higher levels in the blood of obese people. However, Pearson said, it has not been measured in neonates exposed to cigarette smoke.

Results showed that chemerin was more prevalent in the skin and isolated cells of infants whose mothers smoked during pregnancy, suggesting that smoking in pregnancy could be leading to changes in the regulation of the genes that play an important role in fat cell development and, by extension, obesity.

"Our work demonstrated that expectant mothers who smoke cigarettes during pregnancy induce distinct changes in chemerin gene expression in their offspring," Pearson said.

The next step is to reproduce their findings in females since they were not represented in the study. Pearson et al propose to use cells from umbilical cords to do so. The group also hopes to study smoke exposure during pregnancy in genetically modified mice as both chemerin and its receptor can be removed to highlight this pathway more directly. The current and future results could provide a springboard for the development of effective treatments against pediatric and adult obesity in babies born to smokers as well as those exposed to other in utero environmental exposures.