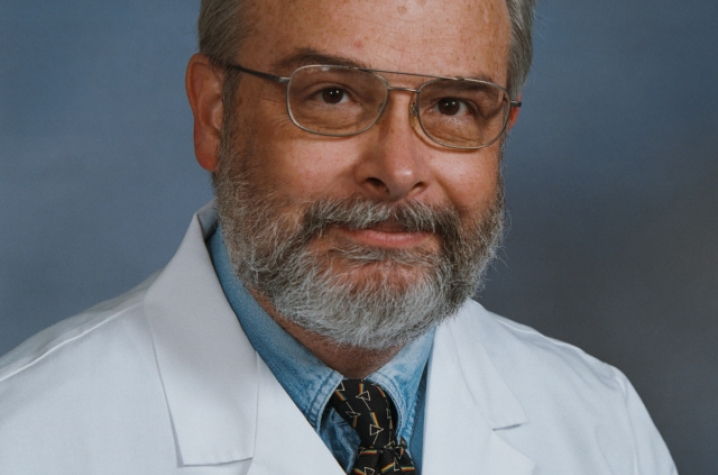 LEXINGTON, Ky. (Feb. 8, 2010) – A University of Kentucky researcher has helped to develop a quick test that could be used by doctors in the clinic to evaluate the treatment response of patients with advanced Alzheimer's disease.

Dr. Frederick A. Schmitt, professor of neurology, psychiatry, behavioral science,and psychology, UK College of Medicine and UK Sanders-Brown Center on Aging, along with Dr. Judith Saxton, University of Pittsburgh, and other colleagues, published their findings in the journal Alzheimer Disease and Associated Disorders.

"The availability of effective treatments for severe Alzheimer's disease  has accentuated the need for brief, simple tools to evaluate treatment response in busy clinical settings for patients with advanced dementia," Schmitt said.

To develop such a tool, Schmitt and his collaborators looked at data from 875 people with advanced Alzheimer's disease from four national and international double-blind-randomized studies of the drug donepezil. Donepezil has been used to treat Alzheimer's symptoms in mild-to-moderate cases for over a decade. Recently, this medicine was approved for use in severe Alzheimer's disease.

The researchers looked at memory and thinking scores from the Severe Impairment Battery (SIB), which was used in these studies to measure drug effects. The goal was to find specific SIB items that are sensitive to change over time and could easily be used in doctors’ offices to track response to donepezil in patients with advanced Alzheimer's disease.

Eight of the 51 SIB items were chosen based on effect sizes (how well they detected treatment effects) and relative ease of administration. The resulting SIB-8 was then applied to another patient-derived data set for validation and to characterize its usefulness.

The eight items included were ability to: recall the current month, name all 12 months of year, repeat a sentence, write one’s own name, name one's favorite foods (fluency), identify a spoon, demonstrate how to use a spoon, and repeat a sequence of numbers (digit span). Researchers found these items were sensitive to change with treatment and are relatively easy to give.

"Baseline SIB-8 scores were associated with disease severity at the start of the study and provided a good range of test scores in people with advanced disease," Schmitt said.

The researchers concluded that the SIB-8 is a quick (three-minute) assessment for patients with severe Alzheimer's disease that is sensitive to change and able to detect treatment response.

Schmitt can be contacted at fascom@uky.edu or (859) 323-6702. For more information about the UK Sanders-Brown Center on Aging, go to www.mc.uky.edu/coa.