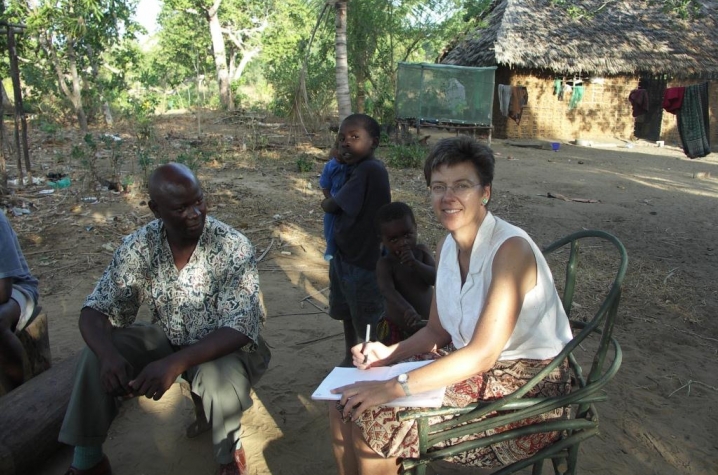 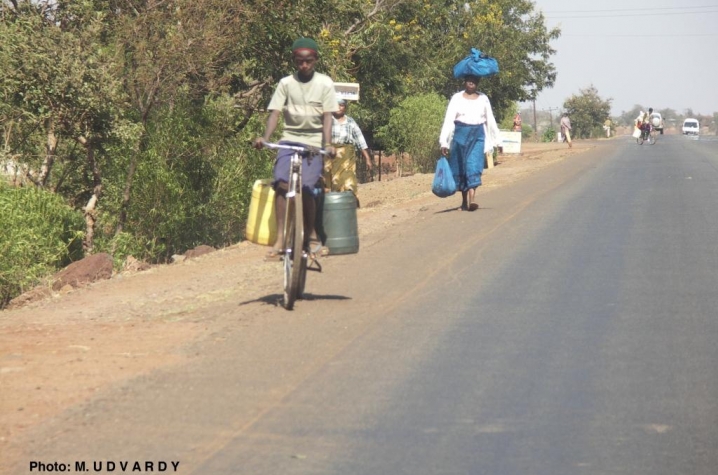 LEXINGTON, Ky. (April 14, 2011)−University of Kentucky anthropology professor Hsain Ilahiane first became attracted to the study of anthropology due to its prominent focus on people.

"You put yourself in the shoes of others in an attempt to comprehend," he explained. "This translation – it's meaningful."

Understanding and educating both sides of an issue frames the work of UK's entire Department of Anthropology, from Monica Udvardy's work on gender and symbolism in Africa and Diane King's advancement of honor killing awareness in the Middle East, to Juliana McDonald's efforts locally to educate engineers at Lexington's Newtown Pike project and David Pollack's excavation of unmarked graves at Lexington's Eastern State Hospital.

"We start at the bottom and work our way up," explained McDonald. "Good policy is built on sound knowledge from people on a local level."

The tools Udvardy uses to study gender relations among the Mijikenda people of the East African coast are the same tools Ilahaine used in observing Moroccan locals' use of cell phones — the same tools McDonald uses in performing an environmental assessment on a piece of prized district land.

During Ilahiane's consulting days at Intel, he, too, used similar strategies. "I worked in the developing world and attempted to answer the question of how technology can be marketed in a developing country," he said. "It’s not just the use of the mobile phone; it's ethnographic marketing and linking what you learn with what you do."

Ilahiane spent his time with the street vendors in his native country of Morocco, bringing firsthand information back home to Intel's designers and engineers.

"Corporations have a lot of data, but they are looking for something to distinguish themselves in the market," Ilahiane said. "We know what people buy, but we want to know about the emotional attachment involved – the branding. Qualitative anthropological methods come in handy for this."

Ilahiane is far from alone in his experience outside of academia. And he'd like to bring that education and experience back to his students at UK. "There's a different tempo, a different way in academia," he explained. "We have to teach students what they can do with their degrees and equip them with the business of translation."

Anthropologists are everywhere. Just last semester, Ilahiane invited a former colleague and friend, John Sherry, to discuss his experiences as an academic now in industry.  Sherry is the director of User Experience Design at Intel.

"In academia, we do interesting work," Ilahiane said. "But how do I take my insights and turn them into a viable business model or public policy initiative? With guests on campus like John, students get hooked and see that there is more. But you have to be an enterprising person."

King suggests taking a look at job listings. "Companies have become aware of the value of our skill set," she said. "There's consulting, archaeology and environmental legislation, to name a few."

"We're experts at ethnic diversity," added Udvardy. "Companies appreciate the tools that those with anthropology degrees have."

"Organizations are looking for innovative inspiration, and we need to teach our students how to take our anthropological tools and theories to create meaningful strategies and help with real issues," said Ilahiane.

The same concepts pertain to the archaeological side of anthropology. "Applied anthropologists are the authorities of these sites," said department chair Chris Pool. "We assess an area, apply our archaeological knowledge and figure out what's the most important for everyone involved."

UK archaeologists are doing just that at Eastern State Hospital in Lexington, where crews came upon more than 50 unmarked graves as they were preparing for the scheduled construction of a new Bluegrass Community and Technical College (BCTC).

In addition to the mandatory field work requirements, Ilahiane encourages students to study abroad and pursue internships as well. "But it does not just fall in your lap," he laughed, remembering his own experiences at Intel. "Are UK students capable of tapping into these opportunities?"

Laracuente reevaluated his research and realized that by going local, he could help build bridges between the university, archaeologists, and the community. "There is important history in Kentucky that is as worthy of academic research as any other area of the world," he said.

Laracuente is still figuring out the practical applications of his research, but he has the potential to literally uncover Kentucky history, as there were hundreds, possibly thousands, of distilleries before prohibition.

"There have been books published about the major distillers, but archaeology has the capability of telling us something about the people that worked in this labor-intensive industry," Laracuente said. "Perhaps what is most important about this project and any public archaeology project is helping people realize the history that is literally in their backyards."