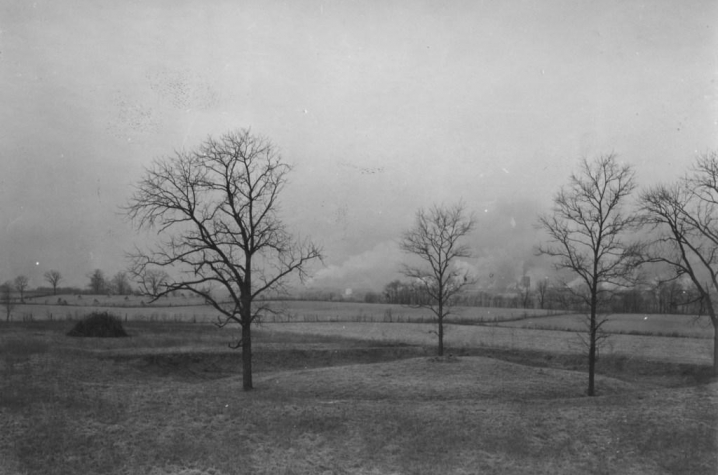 LEXINGTON, Ky. (October 27, 2010)– The University of Kentucky Department of Anthropology will host archeologists from around the Southeast for the first time in 16 years at the 67th Annual Meeting of the Southeastern Archaeological Conference (SEAC) from Oct. 27-30 at the Hilton in downtown Lexington.

"The number and diversity of paper topics shows that Southeastern archaeology is vibrant with quite an encouraging future," he said.

In addition to a range of symposia and general sessions on prehistoric and historic archaeology, site preservation, and public education, two gatherings celebrate the significant contributions of two long-term Southeastern archaeologists, Berle Clay and David Hally.

During his 50-year career, Clay made numerous contributions to Southeastern and Midwestern archaeology. His most recent efforts have focused on properly integrating geophysical data into the research design of archaeological projects, although he is best known for his fieldwork and theoretical discussions concerning Kentucky/Lower Ohio River archaeology, as well as topics dealing with the Adena/Hopewell and Mississippian chiefdoms.

For more than 40 years, Hally, a professor emeritus at the University of Georgia, worked hard to extract the maximum from his investigations of the Mississippian Period of the Ridge and Valley Province of northwest Georgia. His research on the King Site, a Mississippian town in Northwestern Georgia, culminated in a book published in 2008.

The last SEAC in Lexington was sixteen years ago. While Kentucky is on the edge of the southeastern U.S., the Commonwealth is inextricably linked to SEAC as an organization historically. Renowned archaeologist Bill Haag received undergraduate and graduate degrees in geology at the UK 1933 and 1934, and while here, he served as Curator of the Museum of Anthropology as well as editor of the Newsletter from the beginning (1939) until 1956.

William Webb, a former head of the Department of Anthropology at UK, gave many southeastern archaeologists their first job in archaeology, according to Pollack. Webb pioneered the idea of purchasing archaeological sites to preserve them and lobbied to establish archaeological research as a precondition for federal undertakings.

In response to the tremendous increase in federally-funded archaeological work in the Southeast during the 1930s, the SEAC was originally conceived as a small working conference of individuals actively engaged in the study of southeastern ceramics. SEAC organization allowed excavators to quickly share new data with each other and to standardize ceramic types.

As the number of archaeologists in the Southeast grew, so did annual conference attendance.

For more information on the conference, which is open to the public, please contact Pollack at 859-257-1944 or david.pollack@uky.edu.