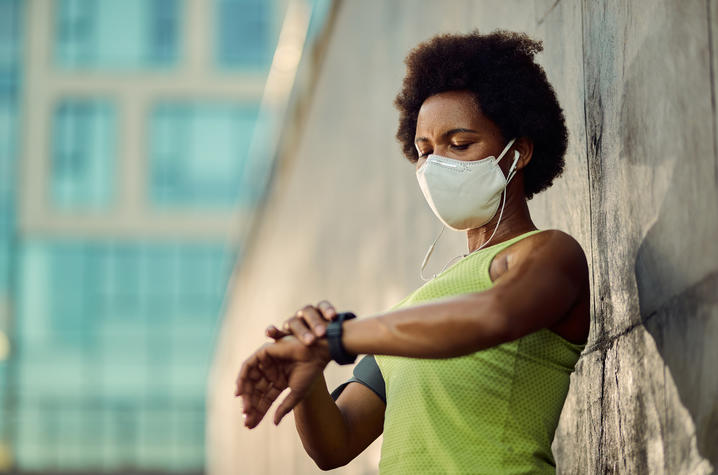 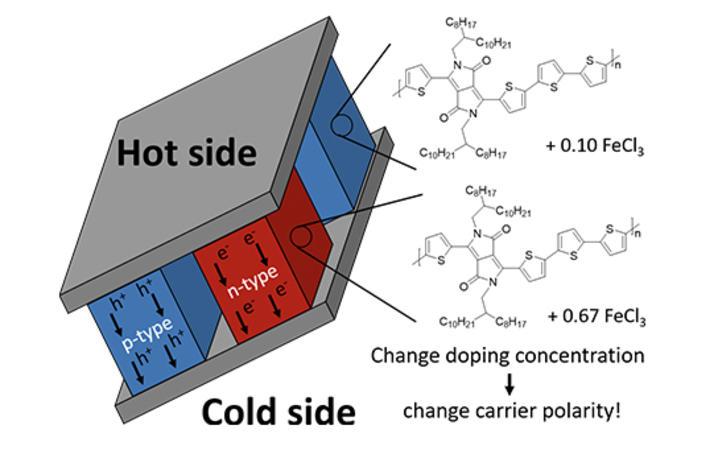 LEXINGTON, Ky. (March 3, 2021) — A research study led by the University of Kentucky Department of Chemistry has discovered a new way to dramatically boost the performance of electrically conductive polymers. The discovery is considered a significant step forward in the development of organic thermoelectric devices, which can convert waste heat into useful electric energy.

Conductive polymers, which are electrically conductive plastics, have the potential to transform current electronic devices, such as smart watches, by powering the devices based on the user’s body heat. They are also attractive for converting waste heat from coal-fired power plants or heat from a car’s engine into electricity.

“One day, organic thermoelectrics may be used to power smart watches and other wearable electronics, eliminating the ever pressing need to charge the battery,” said Kenneth Graham, assistant professor of chemistry and lead investigator of the study. “Conductive polymers are advantageous due to their potential for integration into low-cost devices and their mechanical flexibility — a plastic watch strap or a flexible radiator hose could have an embedded thermoelectric device.”

Until now, conductive polymers have performed below what is required for these types of devices. The UK team says this lower performance stems in part from the negatively charged materials, also known as n-type materials, inside the thermoelectric modules.

In their study, which is published in Nature Materials, the team revealed that p-type materials may be converted to high-performing n-type materials by simply increasing their doping ratio (or altering their properties) beyond typical levels. One polymer with varying doping levels may be used as both the n-type and p-type material within a thermoelectric module.

“This new strategy greatly increases the library of potential n-type thermoelectric polymers and may lead to the performance jump needed to make polymer-based thermoelectric modules a reality,” Graham said.

“Traditionally, it was assumed that one type of charge-carrier, either electrons or holes, dominated electrical conductivity within a doped conjugated polymer and that this type of charge-carrier was determined by whether the dopant molecule gave (n-type) or took (p-type) an electron from the polymer,” Graham said. “We show that this is not always the case, as p-type dopants can be used to create n-type materials at high doping concentrations.”

Electrical conductivity in conjugated polymers has been researched for decades. However, many details of charge-carrier transport in these materials remain elusive and the subject of intense interest over the past half century. A change in the polarity of charge carriers was hinted at in publications from the 1980s and 1990s, but never confirmed. In this publication, the authors show that electrons can become the dominant charge-carriers at high doping concentrations. The discovery has potentially transformative consequences for the field.

“Indeed, these new insights present a challenge for the community to understand the basic chemical and physical principles that govern electrical conduction in polymers,” said Chad Risko, associate professor of chemistry at UK and co-author of the study. “So, there is not only interest from the standpoint of creating new materials, but also in modeling their behavior so that we can predict properties before materials are made.”

The study was led by Zhiming Liang, a graduate of UK who worked on this project during his Ph.D. with the Graham research group. Liang is now a postdoctoral researcher at University of Colorado Boulder. Additional authors include Graham, Risko and Douglas Strachan, several members of their respective research groups, Jianguo Mei and co-workers at Purdue University, and Vitaly Podzorov and co-workers at Rutgers University.