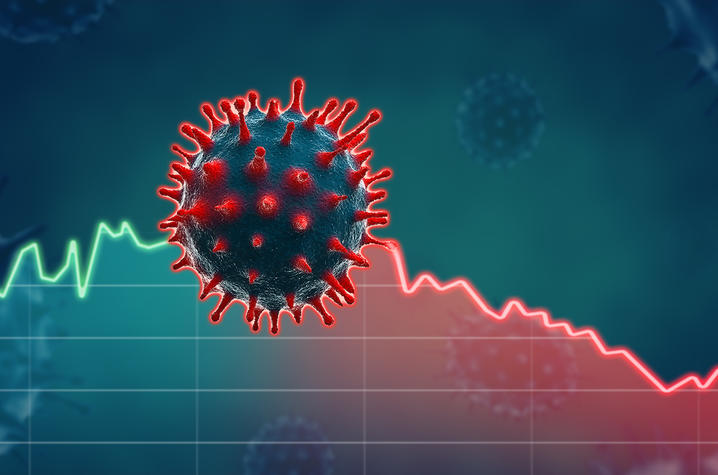 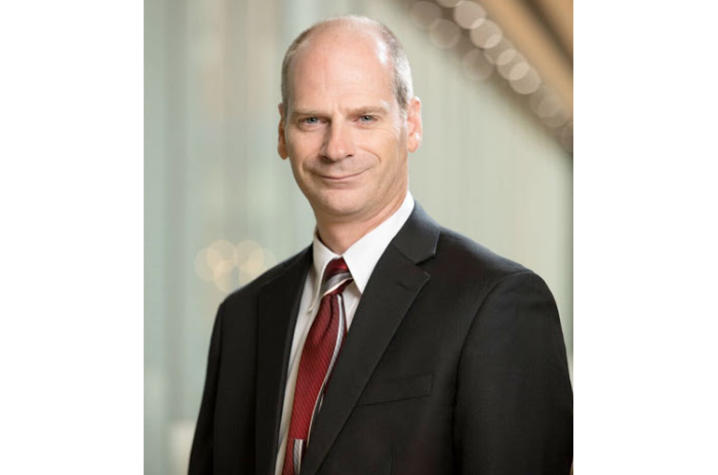 LEXINGTON, Ky. (April 7, 2020) — As the novel coronavirus (COVID-19) continues to spread across the U.S., the government is responding in unprecedented ways. Measures to protect the nation’s most vulnerable citizens — though necessary — will have a lasting impact on the global economy.

Recently, the U.S. Federal Reserve announced it would go beyond its prior commitment of $700 billion in bond purchases to buy "the amounts needed.” The goal is to keep markets functioning and the economy stable.

For many Americans, the economic impact of COVID-19 calls to mind 9/11 or the 2008 financial crisis — instances that reshaped our economy. But how will the lasting effects of this pandemic differ? And what can you do to lessen the economic burden?

UKNow: As coronavirus spreads across the country and around the globe, will actions to reduce the spread have deep ramifications for the economy?

Clark: Yes, much of the economic losses we are currently experiencing, and certainly the most visible losses, are associated with policies to contain the virus. This started with various organizations canceling or postponing events involving large crowds and quickly escalated to include governors ordering non-essential businesses to close temporarily. Many of these businesses operate on small margins and with limited cash reserves, so as they comply with the order to close, they are forced to reduce hours, lay off workers and could eventually close permanently.

While the economic losses associated with these policies will be substantial, they should be compared to the potential costs of not having these policies in place and allowing the virus to spread rapidly. The costs to society of not containing the virus could also be substantial and include significantly greater loss of life. Not having these policies could also hurt the economy by allowing the virus to further disrupt the labor force, reduce productivity and weaken consumer demand and it’s not clear how long these effects would last. This could be particularly troubling if the virus disrupts supply chains for food, medical supplies and other necessities. Even though we don’t know the full costs of the current actions to reduce the spread, we can see these impacts in our daily lives. The economic costs of not having these actions and allowing the virus to spread quickly are much more uncertain but could be much greater.

It’s also important to recognize that the economic losses are not entirely due to containment policies. The coronavirus was already affecting the U.S. economy before the first case was recorded. As the virus affected other countries, specifically China, it reduced demand for U.S. exports and disrupted our supply chains. U.S. businesses dependent on inputs from China suddenly found they were unable to obtain these inputs and had to cut production.

UKNow: As more restrictive measures are taken, what are the near-term and long-term economic impacts?

Clark: The situation is evolving so quickly that we still don’t fully understand the near-term and long-term economic impacts. Estimates of the economic losses that were produced a week ago have largely been replaced by more pessimistic estimates. At this point, it appears that we are experiencing steep reductions in both GDP and employment — our main measures of economic activity.

So far, losses are disproportionately affecting the leisure and hospitality sector, certain types of retail establishments and personal services businesses. Unfortunately, workers in these sectors often earn relatively low wages and may not have the financial resources to handle a lost job. They are also less likely to have paid leave or an ability to work remotely. So, workers in these sectors are more likely to feel the burden of the economic impact. Still, losses won’t be contained to these sectors. As consumers reduce spending, manufacturers will cut production and reduce shifts. So, it is likely that most sectors will experience some losses before this is over.

This also has implications for state and local governments, which will see tax revenues decline. Government budgets were already tight with the expectation of slower economic growth even before the virus began to spread. The impact of the coronavirus will add to the fiscal stress, forcing state and local officials to grapple with cutting services and increasing revenues.

UKNOW: The Federal Reserve announced that it was committing to buying unlimited amounts of bonds to counter the effects of the coronavirus pandemic. What exactly does that mean?

Clark: The Fed is working to ensure that there is sufficient credit in the economy to support consumers, businesses and municipalities. Consider businesses that are seeing large decreases in their revenues but still have expenses that must be paid. Many will borrow funds to pay these bills until their revenues recover. However, if the credit market dries up, then these businesses won’t be able to pay their bills and could go out of business more quickly. The Fed is signaling that it will purchase financial securities that use these types of loans for collateral. This helps ensure that banks and other lenders will continue to provide credit to businesses. The Fed’s actions could also help ensure consumers and municipalities have access to credit to help them maintain some level of spending.

UKNow: Is this unprecedented move necessary to keep the economy stable?

Clark: It’s difficult to say at this point. Right now, the most important policies are those to quickly contain the spread of the virus so workers can return to their jobs as soon as possible. The Fed’s actions are really to mitigate some of the economic losses and position the economy to recover once the virus is contained.

UKNow:  Will this announcement from the Federal Reserve help the nation avoid a recession? If so, how?

Clark: These actions are unlikely to prevent a recession but could help reduce both the depth and length of a downturn. Access to credit will help consumers, businesses and municipalities maintain some level of spending, which could reduce the economic contraction. Also, by providing access to credit, the Fed can help position businesses to ramp up more quickly once the virus is contained.

UKNow: What would a COVID-19-induced recession look like on a global scale and on a statewide level?

Clark: While we won’t know if we have officially entered a recession for some time, it is certainly looking like we are. It’s unclear what a COVID-19 recession would look like due to the uncertainty in how the virus behaves and over the policies implemented to address the virus. However, a recession would likely include a sharp drop in GDP and employment during the second quarter of 2020 and possibly continue to decline in the third quarter. This decline is likely to be much faster initially than we experienced in past recessions. Assuming the virus is contained, we could begin to see a gradual recovery possibly beginning at the end of the third quarter. However, as I mentioned, there is a great deal uncertainty and the situation is changing rapidly.

UKNow: What advice do you have for the average American who is concerned about the state of the U.S. economy?

This is also a good time to examine training and educational programs offered by the state and various groups. Prior to the coronavirus, employers were having trouble finding skilled workers. So, now might be a good time to develop new skills that will be in high demand once this situation passes.