Two years ago, Dhananjay Ravat, who is a professor in the UK Departments of Earth and Environmental Sciences and Physics and Astronomy, was asked by the leader of the Swarm Satellite Constellation Application and Research Facility of the European Space Agency (ESA) to collaborate with their team to create a map of the magnetic features of the Earth’s lithosphere. Ravat, who has worked on geophysical data from several space missions around the Earth, Mars and the moon, was intrigued by the Swarm project, and his involvement ultimately led to the development of the highest resolution map of the planet’s magnetic field from space to date.

ESA launched three spacecrafts, known as the Swarm satellites, into Earth’s orbit in 2013 to track and study the planet’s lithospheric magnetic field. The field is responsible for deflecting dangerous solar winds, and impacts the planet’s climate and rotation. Up until now, scientists have not been able to fully map the magnetic field, but thanks to the Swarm mission, they now have a more complete understanding.

“Magnetic fields have been measured in space by satellites for the last 50 years, but it is the measurement of magnetic ‘gradients’ from the three Swarm satellites and data from a previous German CHAMP satellite that make this the highest resolution possible,” Ravat said. “Gradients change over shorter distances than the fields themselves and they also have the capability of eliminating background magnetic effects from the Earth’s core, ionosphere and magnetosphere — some of which were problematic from previous studies. It is also the first time anyone has put together a magnetic variation map from just the gradients of the field.”

The map also reveals the Earth's "polarity flips" in great detail. Every 700,000 years or so, Earth’s poles reverse. This means the pointer on a compass will face south again one day, and that reversal could happen on human time-scale since the last reversal took place about 720,000 years ago. This new map shows striking patterns of these flipped polarities over time — solidified minerals have formed “stripes” on the sea floor and provide a record of Earth’s magnetic history.

“These stripes are symmetric about the mid-oceanic ridge,” Ravat said. “They tell us about how the Earth’s magnetic field behaved in the past. That is why this map is so important, it’s a continuous record of the last 200 million years of Earth’s history.”

The new map can define magnetic field features down to about 250 kilometers and will help scientists investigate geology and temperatures in Earth's lithosphere, especially in parts of the African continent that do not have detailed magnetic field variation maps.

“We are just beginning to understand how this map will change the understanding of the Earth’s crust and its mineral resources,” Ravat said. “So far we have looked at a few well-known magnetic features. One of the strong features observed includes the Bangui region of central Africa and there are a number of different hypotheses regarding its origin, one that includes a giant meteorite impact. The high resolution of the new map will be able to discriminate between various competing hypotheses about its origin. But one thing is for sure, the map will bring attention to this forgotten continent.”

The ESA presented their findings last month at the Swarm Science Meeting in Canada, and their results have been attracting worldwide attention from the science community and beyond. For more information and videos, visit http://www.esa.int/Our_Activities/Observing_the_Earth/Swarm/Unravelling_Earth_s_magnetic_field. 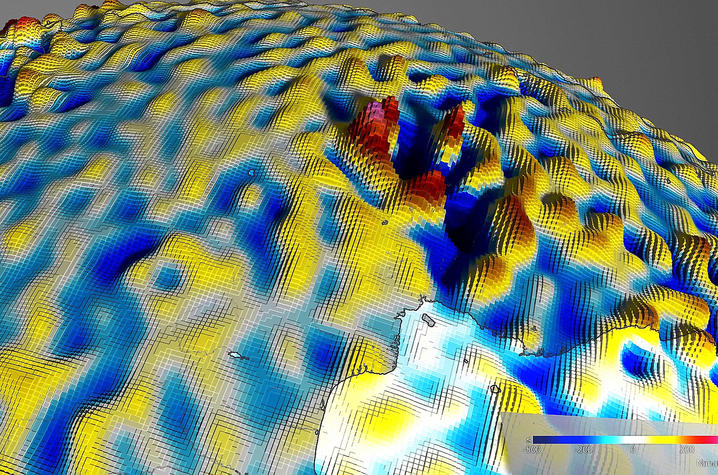 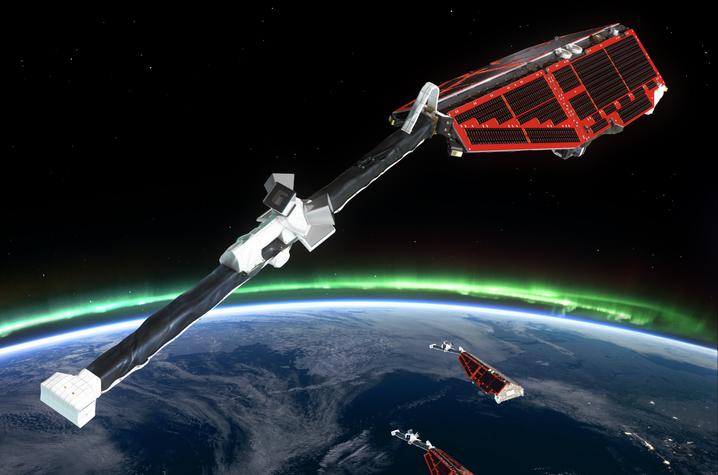