Video produced by UK Research Communications. To view captions for this video, push play and click on the CC icon in the bottom right-hand corner of the screen. If using a mobile device, click on the "thought bubble" in the same area.

She was diagnosed at age 5 with Marfan syndrome, a rare connective tissue disorder that affects the heart, eyes, blood vessels and skeleton. Her family frequently had to drive eight hours from their home in Winchester, Kentucky, to Baltimore for her to see a specialist.

“In third grade, I was riding in the car to Baltimore for a medical visit and I told my mom that I wanted to do the same thing as my doctor in Baltimore, but I wanted to do it in Kentucky because I didn’t understand why we had to drive so far," she said. "We were fortunate to have the ability to travel, but many people don’t.”

Sheppard has made good on that childhood commitment: she’s now a doctor specializing in Marfan syndrome and aortic disease right here in the Bluegrass, and she was recently named co-associate director of the newly established Saha Aortic Center at the University of Kentucky, where she also attended medical school.

“For my family, including my father and mother who grew up in Floyd County, there is something that is … I don’t how to say it, except that our identity is in the soil," she said. "This is my home. And I care deeply about the people in this geographic area, the people of Kentucky, in a way that stretches beyond logic — because there’s an emotional connection. It’s intangible. For me, there’s a sense of peace in knowing that this is where I’m supposed to be. This is the community that formed me, and it’s my responsibility to pay it forward, to continue a legacy of people from this region achieving their dreams. It’s not by chance that I’m here. There’s a strong individualistic mindset in our country, but we don’t achieve anything alone. My cousin is practicing cardiology in his hometown of Prestonsburg, Kentucky, and I could not be more proud of him. I am thankful to be able to help Kentuckians in a meaningful way, too.”

With the support of a physician-scientist career development program provided by the UK College of Medicine and the Center for Clinical and Translational Science (CCTS), Sheppard has been researching the use of a drug called losartan to prevent aortic rupture in people with Marfan syndrome. Losartan is an angiotensin receptor blocker (ARB) that was originally developed to treat high blood pressure and heart failure, but Sheppard is exploring its efficacy in preventing Marfan-induced disorders of the aorta, which is the body’s largest artery and responsible from pumping blood out from the heart.

She says there’s been some controversy about this treatment because previous studies failed to account for key variables that affect its efficacy. Her research findings show that the medication is most effective if started when an individual is very young.

“My life’s work is to discover therapies that improve the quality of life for people with Marfan syndrome and related disorders,” she said.

Based on her research, Sheppard has applied for a patent covering use of a new therapy to prevent aortic problems in people with Marfan syndrome. To collect the necessary data, Sheppard received a commercialization grant from the Kentucky Network for Innovation and Commercialization (KYNETIC).

“We need a long-acting therapy to reduce the likelihood of acute withdrawal, something like an injection once a month," she said. "We tried a new therapy with these properties in mice with Marfan syndrome, and it worked.”

Sheppard’s life has come full circle in several ways. Not only is she back in her home state doing the work she dreamed of as a child — providing care for her own community and developing new treatments for Marfan syndrome and aortic disease — she’s gone from student to trainee to mentor in the CCTS career development programs. While in medical school at UK, she participated in the CCTS Professional Student Mentored Research Fellowship Program; when she returned to practice medicine at UK after her residency, she was accepted into the CCTS/College of Medicine KL2 Career Development Training Program and also joined the Clinical and Translational Science Ph.D. Program. Now she herself serves a mentor to KL2 scholars.

“One of the first faculty members I met in medical school with was Dr. Tom Kelly, a co-director of the CCTS training programs," she said. "I was 22 years old and looking for opportunities in research. Fourteen years later, Dr. Kelly is the chair of my Ph.D. dissertation committee.”

Recently, her life has come full circle in yet another way: Through the KL2 Scholar Exchange, Sheppard was invited to give grand rounds about her research on Marfan syndrome at the Indiana University School of Medicine, where her childhood doctor, Clair Francomano — the very doctor she had to drive eight hours to see — hosted her presentation. 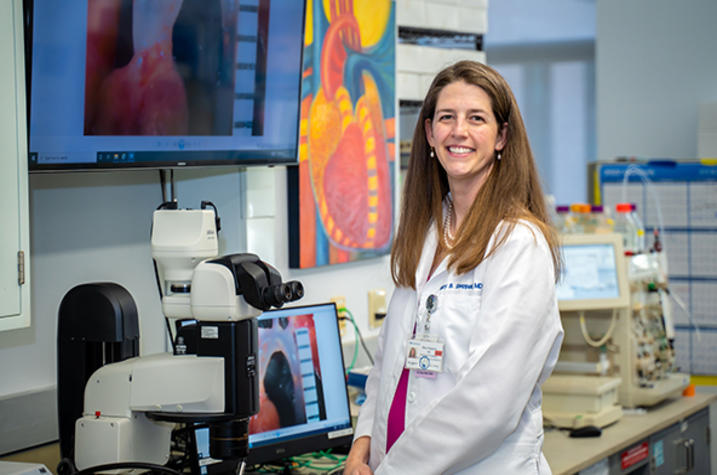 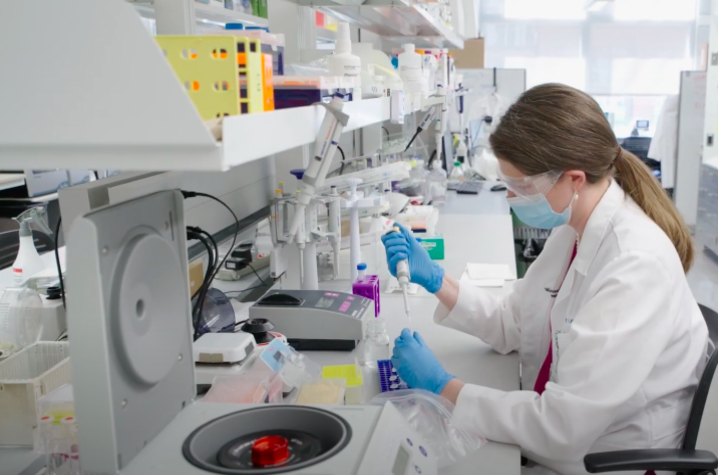