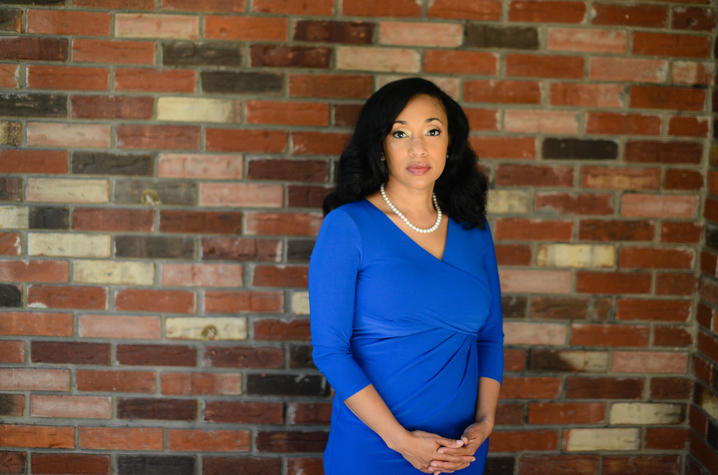 LEXINGTON, Ky. (Nov. 16, 2020) — The University of Kentucky College of Education’s Danelle Stevens-Watkins has received a $3.2 million grant to conduct one of the nation’s first studies on nonmedical prescription opioid use among Black Americans. The funding, from the National Institute on Drug Abuse, will help fill a dire need for data on this underserved group.

Previous research has focused on the opioid crisis as largely a problem among rural and white Americans, Stevens-Watkins said. This five-year study will look at how structural, social and cultural factors influence opioid abuse among Black Americans — for whom opioid overdoses have become exponentially fatal in recent years — and researchers will ultimately use that data to develop culturally responsive interventions.

“Existing data to help understand risks and protective factors in drug usage does not include culturally relevant variables that affect the day-to-day lives of Black Americans such as race-related stress, active coping and ethnic identity,” Stevens-Watkins said.

The research team will recruit 800 Black American nonmedical prescription opioid users and interview them to develop an understanding of the characteristics associated with their drug use and treatment use, which Stevens-Watkins expects will vary by gender and age.

The initiation and continuance of drug use is largely impacted by the prevailing culture, Stevens-Watkins said.

“For example, we are not seeing a lot of crack users in their 20s right now. Crack hit urban centers in the mid-1980s, the individuals continuing to use crack are now older, in their 50s, 60s, or even 70s.”

As an associate professor of counseling psychology in the Department of Educational, School, and Counseling Psychology and UK’s assistant vice president for research in diversity and inclusion, Stevens-Watkins’ body of research targets health behaviors not often discussed openly in Black American communities. She has over 17 years of clinical experience focused on interventions for Black American drug users, and her research has been supported by the National Institute on Drug Abuse over the past decade.

“When Black people have drug problems, they are less likely to seek help for many reasons, often tied to structural racism. For women, they are afraid of losing custody of their children. For men, they often question whether they want to draw attention to themselves from law enforcement, given the criminalization of addiction. In white communities, a person addicted to opioids is often viewed as just a person who has a medical problem. It is not always seen as a moral failing or criminal problem like it often is for Black people,” Stevens-Watkins said.

Even when Black opioid users do seek help, they often face obstacles.

“Black people are overrepresented in low-wage labor jobs, or other types of jobs where health insurance is not offered, paid-leave is not an option and seeking treatment could cost them their job. Treatment options such as buprenorphine has historically only been available through private insurance. Or, the centers may be located in areas far from Black communities. Compounding the issue is the fact that providers significantly under-dose Black patients nationwide in private and public agencies. So, they are not provided with the level of care needed for successful treatment outcomes.”

Such challenges, representative of structural racism, are the driving markers as to why health and other disparities exist, Stevens-Watkins said. By conducting health behavior research, she hopes to help provide data and interventions that will lead to dismantling it.

“The participants who volunteer for this study may have never acknowledged or spoken with anyone about their drug use due to stigma or privacy concerns. By signing up, they will be making a significant contribution to improving outcomes and promoting equity," she said. "Our research team, comprised of Black American, master’s level, clinically trained interviewers, is preparing to help them feel comfortable, establish a rapport, and create an optimal environment to gather rich and extensive data about their lived experiences. Given the overwhelming disparities Black Americans face related to opioid abuse and its resulting health outcomes, these individuals will be making a significant impact.”

In the latter part of the study, communication messages will be developed and researchers will test those messages to find out how they may resonate among various demographics, such as by age and gender. They will ultimately use those that work best to create culturally adaptive interventions.

The project will be pursued by a collaborative team of investigators who come from a variety of backgrounds and who have extensive experience working with hard-to-reach and vulnerable research study participants. Previous work among the researchers has focused on drug use, risk behaviors and service utilization, including Black American drug users. The team includes: