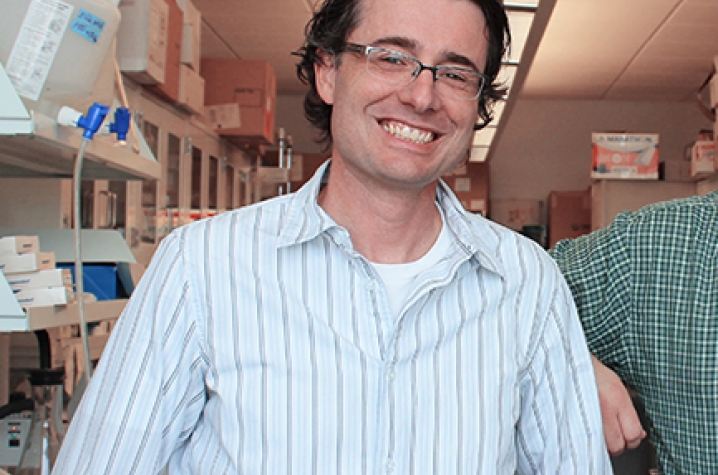 The International Epilepsy Cure Center based at the UK College of Medicine’s Department of Molecular Medicine and Biochemistry represents a collaborative effort to advance translational research and improve the diagnosis and treatment of Lafora’s disease, with the ultimate goal of finding a cure. An inherited neurodegenerative condition, Lafora’s disease appears in patients during adolescence and causes severe epilepsy, loss of speech and muscle control, and dementia, eventually leading to death. The center, which is funded by an NIH Program Project Grant, provides a framework for uniting multidisciplinary researchers in conducting important research exploring the molecular mechanisms that underlie Lafora’s disease.

“It is an amazing opportunity to lead this group of distinguished scientists from around the world towards such an important goal,” Gentry said. “Each of us have worked independently for more than a decade on Lafora disease and this grant now brings us together to develop the first cure for an epilepsy.”

Members of the international team have discovered mutations in two genes, which encode for the proteins laforin and malin and cause LD.  Laforin and malin are both involved in glycogen metabolism. Cells store energy as the carbohydrate glycogen and release energy as glucose when metabolic needs increase. Glycogen synthesis and degradation is regulated by a number of proteins. Mutations in the genes that encode for laforin or malin lead to aberrant glycogen inclusions called Lafora bodies (LBs). The LB inclusions are analogous to inclusions observed in Alzheimer’s disease, Parkinson’s disease, and ALS, except the LBs are comprised of carbohydrate and the other inclusions are comprised of proteins. Thus, LD is also a member of the broader family of glycogen storage disease (GSD).

The collaboration has already made significant progress in finding a cure. The laboratories of Guinovart, Minassian and Roach have shown that the LB inclusions cause neurodegeneration and reducing glycogen synthesis can cure LD in mouse models. At UK,

Gentry’s lab group has discovered a novel mechanism for glycogen regulation by the LD protein malin.

In collaboration with Craig Vander Kooi of the UK College of Medicine and Sylvie Garneau-Tsodikova of the UK College of Pharmacy, Gentry is establishing a personalized medicine blueprint for LD by defining the mutation-specific mechanisms of LD using biochemical tools. David Watt, a professor in the UK College of Medicine, will be leading a medicinal chemistry effort to identify small molecules to treat LD. Moving forward, each lab will focus on a different aspect of the disease, from basic science to translational science, so their discoveries can be applied in the clinical setting.