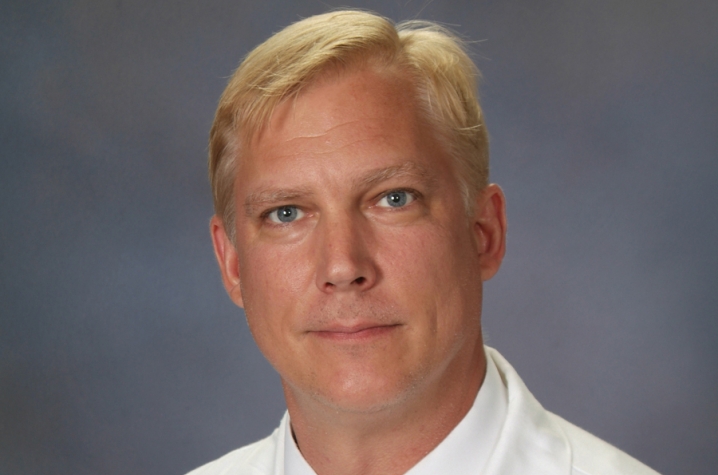 LEXINGTON, Ky. (Oct. 26, 2009) – Researchers from the University of Kentucky Sanders-Brown Center on Aging will begin testing an intriguing new approach to slowing down the progression of Alzheimer’s Disease (AD) using Intravenous Immune Globulin (IGIV), also known as gammaglobulin. IGIV is currently used to treat primary immunodeficiency disorders but is not currently approved for treating AD, which is one of the leading causes of dementia in the elderly.

Initial research in experimental models and patients suggests that immunotherapy targeting beta amyloid (the protein that forms the core of plaques in the brain) may provide a more effective way to treat AD. Antibodies that bind to beta amyloid are present in IGIV, which is made from the blood of several thousand healthy adults. This new effort seeks the public’s participation in testing IGIV in a major clinical trial that is jointly funded by the National Institute on Aging and Baxter International Inc.

One of the hallmarks of AD pathology is an abundance of beta-amyloid deposits in the brain. While it is not yet known if beta amyloid plaques cause AD or are a byproduct of the disease, scientists are interested in finding ways to reduce the toxic effects of beta amyloid on the brain. Antibodies against beta amyloid may do so by binding to toxic forms of beta amyloid, thereby neutralizing them and/or promoting their elimination.

“We are investigating whether IGIV, which contains naturally occurring human anti-amyloid antibodies, will defend the brain of AD patients against the damaging effects of beta amyloid. If it does, giving IGIV to patients with mild to moderate Alzheimer’s may potentially slow the rate of progression of the disease,” said Dr. Gregory Jicha, the principal investigator for the study at the UK Sanders-Brown Center on Aging. Jicha also is an associate professor of neurology, UK College of Medicine.

In a Phase II trial at Weill Cornell, Relkin reported that participants undergoing several months of continuous IGIV therapy also demonstrated improvement in their activities of daily living. He added, “These findings, as well as IGIV’s long established record of safe use for treating other diseases, provide a strong rationale for further study in AD patients on a larger scale.”

The GAP (Gammaglobulin Alzheimer’s Partnership) Study will examine the safety, effectiveness and tolerability of IGIV in patients with mild to moderate AD. GAP is recruiting 360 participants at 36 sites nationwide. This large Phase III clinical trial expands on earlier testing. It is one of two Phase III trials and is part of the final phase in studying IGIV as a potential treatment for AD before seeking regulatory approval.

The GAP trial is a double-blind, placebo-controlled study in which two-thirds of participants will receive IGIV and one-third will receive placebo. It will last up to 82 weeks. Sites are looking for study volunteers who fit the following criteria:

-       Have been diagnosed with probable mild to moderate Alzheimer’s disease

-       Have a study partner (spouse, child, sibling or friend) in contact with the participant 10 hours/week or more.

The trial is being conducted by the Alzheimer’s Disease Cooperative Study (ADCS), a nationwide consortium of research centers and clinics coordinated by the University of California at San Diego and directed by Dr. Paul Aisen.

“As many as five million Americans may be afflicted now and with the numbers growing rapidly, ADCS clinical trials such as the GAP study are essential to finding new and more effective treatments for Alzheimer’s disease,” Aisen said.

For further information on the trial, go to http://www.adcs.org/Studies/IGIV.aspx. For more information on this study and Alzheimer’s disease, go to the Alzheimer’s Disease Education and Referral Center Website at http://www.alzheimers.org/clinicaltrials/fullrec.asp?PrimaryKey=282. To enroll in the UK trial, contact Stephanie Freeman at (859) 257-1412, ext. 234.