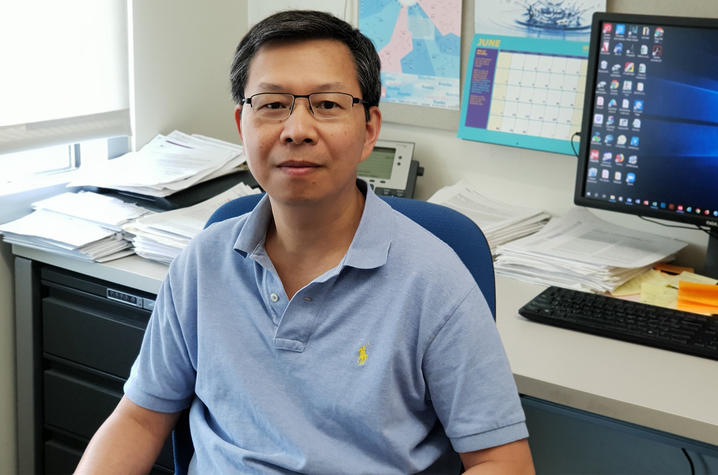 LEXINGTON, Ky. (July 14, 2020) — A new study by researchers at the University of Kentucky identifies a novel function of the enzyme spermine synthase (SMS) to facilitate colorectal cancer growth.

SMS is an enzyme that produces spermine from spermidine, which has been shown to be important for cell growth. However, excessive accumulation of spermidine can have harmful effects on cell viability. How cancer cells maintain a relatively high level of spermidine but below the toxic threshold to facilitate tumor growth is not well understood.

A group led by the Markey Cancer Center researcher Qing-Bai She, a professor in the UK College of Medicine’s Department of Pharmacology and Nutritional Sciences, discovered that SMS is overexpressed in colorectal cancers and plays an important role in balancing cellular spermidine levels that are a necessary adaptation for colorectal cancer growth.

“Our findings provide an in-depth understanding of how the polyamine metabolic pathway interacts with oncogenic signaling pathways in tumorigenesis and highlight the unmet need of clinically effective SMS inhibitors for the targeted therapy,” said She.

The findings were published on June 26, 2020 in Nature Communications.

This work was supported, in part, by funding from the National Cancer Institute, the National Institute of General Medical Sciences, the UK Markey Cancer Center, and the UK Center for Clinical and Translational Sciences. Researchers from the Southern Medical University and the Greenwood Genetic Center collaborated with UK scientists in this study.