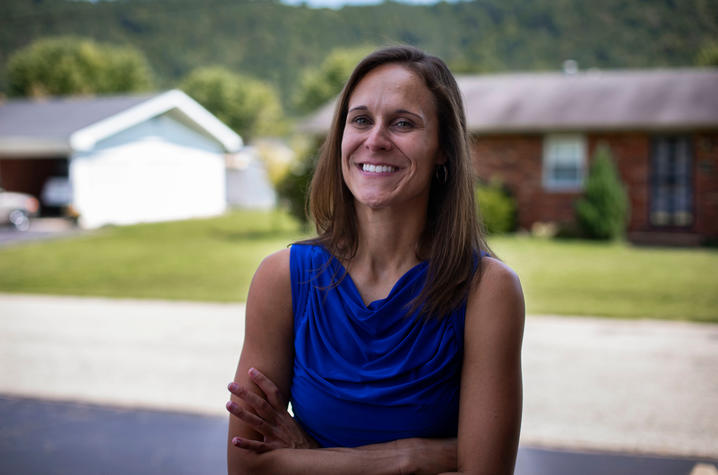 LEXINGTON, Ky. (Nov. 11, 2020) – Data from part of the $5.5 million CARE2HOPE project co-led by University of Kentucky researcher April Young reveals the use of a new substance known as “wasp dope” or “hot shots” that has appeared in the Appalachian region of Kentucky.

Wasp dope is a crystalline substance created by electrifying pyrethroid-containing substances – such as wasp sprays – that may give users a methamphetamine-like “rush.” While recent reports have highlighted the emergence of this new drug as an issue of concern, research into the substance is so far lacking.

“We’ve seen hospital case reports and heard anecdotal stories, but to our knowledge, this is the first epidemiological study describing wasp dope use in the U.S. or abroad,” said Young, an associate professor of epidemiology in the UK College of Public Health and faculty member of UK’s Center on Drug and Alcohol Research.

Upon being alerted by her community advisory board about the drug’s emergence, Young’s group included questions about it in a survey among people who use drugs in five Appalachian counties. They found that nearly one in six respondents surveyed reported using wasp dope in the past six months, which rivals the percentage who had used the more common substance of cocaine/crack. The factor mostly strongly associated with wasp dope use was methamphetamine use. Rates of use were higher among men and were also strongly associated with homelessness, transportation access and injection drug use.

The CARE2HOPE team posits that the emergence of this new substance is largely due to changes in drug markets, says Young.

“Given the similarity in the drugs’ appearance, people who sell crystal methamphetamine may mix it with wasp dope to increase profit margins, unbeknownst to the people who use it until they experience the unpleasant effects,” Young said. “Alternatively, people may switch to wasp dope from methamphetamine when they become unable to afford the latter and grow desperate. In either scenario, its use is a public health concern given its unknown and potentially detrimental effects.”