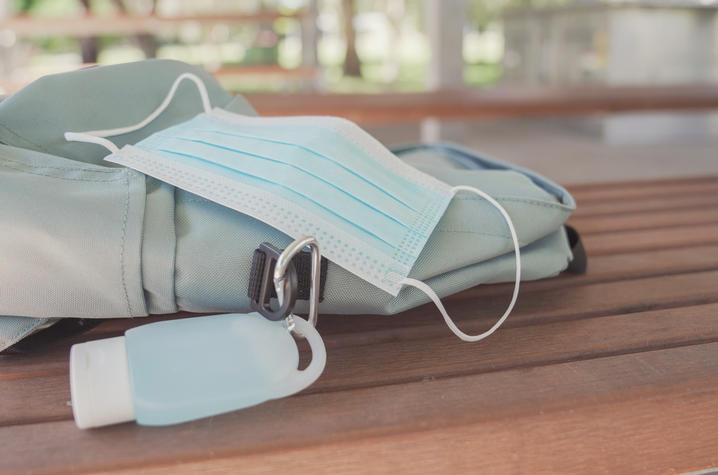 LEXINGTON, Ky. (May 12, 2021) — Millions of students haven’t been in the classroom since March 2020, and it’s sparking a national debate. Many teachers, parents and students alike are eager to get back to in-person learning.

The question is — can it be done safely?

A new study by University of Kentucky researchers estimates the return to in-person learning in Texas last fall led to at least 43,000 additional COVID-19 cases and 800 deaths within the first two months.

The study, released as a working paper on May 10 by UK’s Institute for the Study of Free Enterprise and the National Bureau of Economic Research (NBER), was conducted by researchers from the Gatton College of Business and Economics and the Martin School of Public Policy and Administration.

Across the nation, states have been faced with a difficult decision — when to open schools. While there is widespread consensus that in-person instruction improves emotional and social development for students, there is limited evidence of the potential health consequences.

“While previous research from the Centers for Disease Control (CDC) suggested schools can open safely if community spread is low and mitigation protocols are followed, this does not necessarily mean that schools will open safely,” Charles Courtemanche, an associate professor of economics and the director of ISFE, said. "Our research suggests that school openings can lead to substantial COVID-19 spread — in at least some cases."

School districts across Texas reopened in the fall of 2020 — providing an opportunity for researchers. The study tracked the weekly average of COVID-19 cases in the eight weeks before and eight weeks after students returned to the classroom.

According to the findings, additional cases tracked after students began returning to schools represented 12% of the state’s total cases during the eight weeks after reopening and 17% of deaths.

However, adults’ behavioral responses to schools reopening may also have played a role.

Utilizing cellphone-based mobility data, the authors found that time spent outside the home by adults on a typical weekday increased substantially in neighborhoods with large numbers of school-age children after schools re-opened.

“What is often overlooked in the debate around school openings is that schools could both have direct and indirect effects of COVID-19 spread,” Aaron Yelowitz, a professor of economics, explained. "Our analysis suggests that a return to in-person schooling also led to increases in both returning to in-person work and outside-of-home leisure activities by parents — roughly 30 additional minutes outside the home each day, an increase of 26%. This is likely part of the explanation for the increased spread.”

Although more adult Texans have since been vaccinated — about 30% as of Saturday — Yelowitz said there are still communities in which the study’s findings could matter moving forward.

In summarizing the policy implications of the study, co-author Ron Zimmer said, “Because changes in adult behavior likely led to increased COVID-19 spread, any mitigation strategy associated with school opening needs to consider changes in adult behaviors as well.” However, Zimmer was careful to add, “The study just provides one piece of evidence, and the results of increased spread needs to be weighed against the possible significant benefits of increased learning and social and emotional development among children from opening schools.”