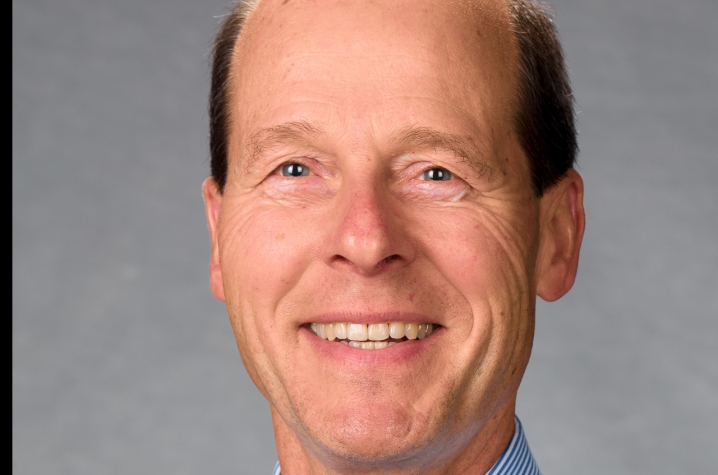 Bernhard Hennig, director of the UK-SRC, was featured as a "Story of Success" on the NIEHS/NIH website.

LEXINGTON, Ky. (Nov. 9, 2016) — In an industrial society, pollutants are everywhere — in the soil, in the air and absorbed in the bodies of most people. Unfortunately, exposure to environmental pollutants associated with chronic disease development is difficult to control.

However, people can control what they eat, and healthful dietary choices might help the body put up a natural defense system against the adverse effects of environmental toxicants.

Investigators in the University of Kentucky Superfund Research Center (UK-SRC) were the first to obtain evidence that healthy nutrients and biological components rich in plant-derived diets, as well as increased physical activity, can counteract the negative effects of environmental pollutants. Such pollutants, which include polychlorinated biphenyls (PCBs), remain in the environment for a long time and can accumulate in the body.

The study, led by nutritional biochemist and UK-SRC Director Bernhard Hennig, was featured this month as a National Institute of Environmental Health Science/National Institutes of Health “Story of Success.” These online articles highlight NIEHS/NIH-funded scientists working in a variety of disciplines and performing groundbreaking research into how the environment influences the development and progression of disease.

PCBs, which were banned from industrial uses decades ago for hazardous effects, continue to exist in soil, water, air and sediments, especially in areas designated by the Environmental Protection Agency (EPA) as Superfund sites. Researchers in the UK-SRC investigate persistent organic pollutants common at Superfund sites in Kentucky with the objective of detecting and reducing such toxic chemicals from the environment. Biomedical researchers in the UK-SRC are interested in discovering whether nutrition, or the type of food we eat, can modulate the adverse effects of environmental pollutant exposure at the molecular level, utilizing mostly cell culture and animal models. Major findings suggest that consuming healthful diets rich in nutrients with antioxidant and anti-inflammatory properties, such as green tea-derived polyphenols, can reduce the disease risk caused by exposure to PCBs.

The UK study was the first to suggest that exposure to dioxin-like PCBs can increase the circulating level of TMAO in the body, and the researchers proposed that PCBs contribute to individual variability of a common biomarker for cardiovascular disease. The researchers observed an association of higher levels of PCB in the blood with the metabolic process that produces TMAO. The researchers believe this mechanism reveals a link between exposure to PCBs, diet and cardiovascular disease risk.

Hennig said their research generated optimistic findings with evidence that people can potentially moderate the adverse effects of ubiquitous pollutants through dietary choices. Hennig said the research within the UK-SRC gives insight into how stressful chemical elements interact in the body and create a ripple effect in human cells that leads to dysfunction and disease. Understanding the interplay of diet and chemical toxicity in the development of many diseases will allow health providers to recommend healthful nutrition to fight disease risks associated with exposure to environmental pollutants and related chemical toxicants.

“The idea is that healthful nutrition, and even physical activity or exercise, is helpful and it actually makes you less vulnerable to disease potential that is a result of exposure to these pollutants,” Hennig said.

Hennig, with fellow UK-SRC scientists Andrew Morris and Michael Petriello, will continue work with researchers at the Centers for Disease Control (CDC) to explore mechanisms of diet-derived biomarkers like TMAO and leverage this knowledge for human health. They will test blood samples of individuals exposed to high levels of PCB living in Alabama to verify their findings in animals which suggest associations between PCB exposure, high circulating levels of TMAO and an increased risk for cardiovascular diseases. Hennig is hopeful that their continued research will show that healthy dietary choices, such as diets rich in fruits and vegetables, can reduce the negative impacts of chemical stressors that can contribute to heart disease, atherosclerosis and stroke.

“There is a lot of opportunity throughout life for this disease to be modified,” Hennig said. “Individual food components can modulate environmental stressors, and nutritional interventions may provide the most sensible means to develop primary prevention strategies of diseases associated with many environmental toxic insults.”

Petriello, Morris and Hennig’s study looking at the relationship between PCB exposure and production of TMAO was published earlier this year in the Journal of Nutritional Biochemistry. The paper was selected as the NIEHS website Paper of the Month in the September issue of Environmental Factor.