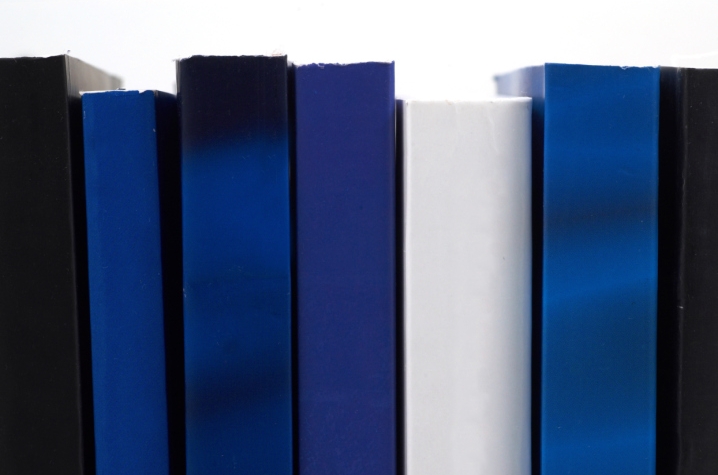 LEXINGTON, Ky. (Oct. 12, 2010) – While the National Research Council's recently released doctoral rankings do not rank university programs in an exact form or fashion, the University of Kentucky's improvement in doctoral and research programming since the 1993 NRC survey is wholly evident.

The rankings of nine UK departments are in the running as top-20 programs in their respective fields.

Using an averaging methodology for the rankings, UK performed even better: a full 28 UK programs were in the top 50% of the nation in their disciplines. In 1993, UK had a total of only six programs in the top 50 percent.

The data used by the NRC was collected in 2005 and 2006 from more than 5,000 doctoral programs in 62 fields at 212 universities in the United States. The group has warned that a true comparison cannot be made between this year’s results and those in the earlier study, because the criteria used by the NRC have changed. Previous assessments, performed in 1982 and 1993, were based primarily on reputational factors, and the latest report is designed to be more data-based.

Although the NRC did not provide exact rankings, their analysis indicates possible rankings, and many UK programs fared quite well nationally.

The following departments were ranked in the top 20 in at least one of the NRC's two main rankings, aptly titled the "S" and the "R," for survey-based and regression-based analysis, respectively: UK's Department of Communication came in 7 out of 83; English, 11 out of 119; The Martin School's Public Administration program came in 5 out of 54; Hispanic Studies, 7 out of 60; Entomology, 4 out of 28; Nursing, 9 out of 52; Nutritional Science, 10 out of 44; Exercise Science, 11 out of 41; and Geography, 15 out of 49.

The "S" rankings are based on a survey that asked faculty to rate the importance of the 20 different characteristics in determining program quality. Based on faculty responses, each attribute was assigned a weight, which varied by field. For example, in fields where winning outside grants is considered a key measure of quality, such as physical science, that measurement might count for a larger share than it does in a humanities field, where many scholars don't receive as much outside support. The weights were then applied to the data for each program in the field, resulting in a range of rankings for each program.

For the "R" rankings, the NRC broadly survey faculty members on which programs they thought were the best and then a regression analysis was done of the qualities doctoral programs had. Weights were assigned to each of the 20 characteristics using statistical techniques and varying by field, just like the "S" rankings.

The 2006 NRC survey increased the areas of analysis from 41 to 62 fields of research doctoral programs, which for the first time included new fields and research doctorates in agriculture. UK had 44 programs included among these 62 fields.

The Martin School, also ranked No. 4 in U.S. News and World Report Public Budgeting and Finance, took great interest in the non-reputational aspects of the NRC research. "The NRC assessment is a credit to our outstanding faculty, our productive alumni and our talented and dedicated students," said William Hoyt, Director of the Martin School. "We are competitive and engaged in well-funded research, selecting students well-suited to our programs with excellent potential."

"This is a young Ph.D. program. Our first graduate was in the early 90s and several current faculty have been part of the program throughout its history," added Eugenia Toma, Director of Doctoral Studies for the Martin School. "The Martin School faculty has embraced the Ph.D. program and supported it fully by working closely with its students. We have a rigorous curriculum and begin training students to be researchers on their first day. We have added new faculty since 2005, and we have retained those faculty whose work was reflected in this ranking. Not only do the faculty devote a lot of attention to the Ph.D. students, but the faculty work exceptionally well as a group.  They are sincerely interested and care about the program."

John Obrycki, Chair of UK's Department of Entomology, commended the synergy of his department. "We have extension faculty addressing local, national and international concerns, like the bedbug issue, which led to the development of a program and a National Science Foundation fellowship winner, but we've also preserved fundamental research," he said. "One of the best things about this department is that no matter what graduate students are interested in, they can cross over labs and work with different faculty members. This integration is one of our program's strengths."

Obrycki also cited UK's College of Agriculture and its support of entomology, with new facilities and laboratory upgrades. "We wouldn't be able to do this without the College's support," he said.

Jane Kirschling, Dean of the College of Nursing, lauded the senior nursing faculty's well funded research programs as well as the College's Research Intern Program, funded by a 2009 Innovations in Professional Nursing Education Award from the American Association of Colleges of Nursing. "The College of Nursing has a long standing traditional of preparing nurse scientists for the Commonwealth, nation and world," said Kirschling. "We have also committed to preparing nurses earlier in their career as scientists with a BSN to Ph.D. option. Our hope is that graduates of the Research Intern Program will pursue a Ph.D. and contribute to health care through careers as nurse scientists. We're beginning to see this happen."

"Faculty publications have always been a strength in our department," said Rueda. "We have made extra efforts, however, to ensure that our students complete their Ph.D. in a timely manner, especially at times when our faculty roster was small and lacking people in key fields."

The Hispanic Studies program underwent a major restructuring in 2001, according to Rueda. Under the new design, prior to taking qualifying exams, students take an independent study with the dissertation directors to produce a proposal that must be approved by the student’s doctoral committee. They also submit a dissertation chapter by the end of the semester in which the qualifying exams are taken, which is factored as part of the exams. "This allows students to progress nicely and move on to writing their dissertations without succumbing to the impasse –or the 'post-partum' syndrome— of the qualifying exams," said Rueda.

The complex study by the NRC does not include an authoritative declaration or ranking of "the best programs" in given fields. However, it does provide comprehensive data and guidance to participating institutions regarding how the assessment can be used to rank the quality of programs.

Many program directors, like Rueda and Dan O'Hair, Dean of the College of Communication and Information Studies, are proud of the departmental rankings, but remain focused on the future.

"It is gratifying to have external organizations and professionals rate our doctoral program so highly," said O'Hair, Dean of the College of Communication and Information Studies. "We take seriously our responsibility for doctoral education and research and have recently added to our faculty ranks several world class scholars that will position us to be ranked even more competitively in the next study."

"While we have managed to recruit stellar graduate students who allow us to excel as a program, our TA stipends are about 65% to 80% of our benchmarks and a huge obstacle to attracting the best of every year’s applicant pool," said Rueda. "Even though TA stipends were not ranked on the NRC database, institutional support for students was. Our faculty is painfully aware of the fact that we will not hang on to our ranking if TA stipends do not increase significantly."

"It is heartbreaking to think that a highly-ranked program at UK could lose its status and momentum because it is dragged down by across-the-board lack of funding," added Hispanic Studies Associate Professor Susan Larson.

The NRC is an independent organization under the auspices of the National Academies, a private, nonprofit institution whose aim is to improve government decision making and public policy, increase public education and understanding and promote the acquisition and dissemination of knowledge in matters involving science, engineering, technology and health.

More information about the rankings is available at www.research.uky.edu/gs/NRC2010/nrc2010.html. For additional information, please contact The UK Graduate School, at gsreports@uky.edu.