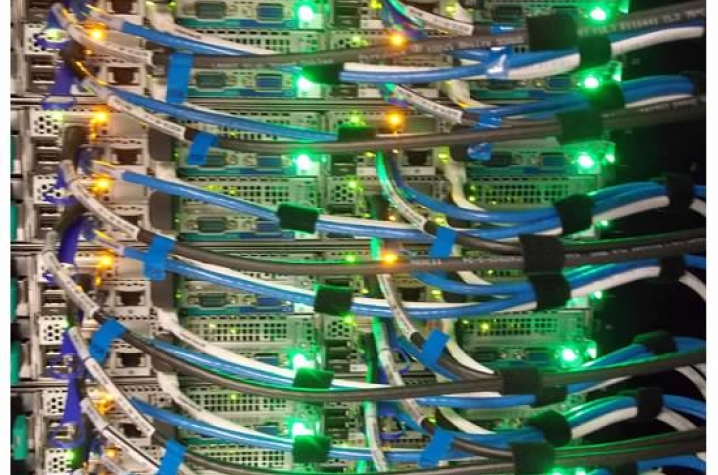 LEXINGTON, Ky. (June 13, 2016) — The world's largest mathematical proof — at a massive 200 terabytes — has been produced and a longstanding math mystery has been solved by University of Kentucky Professor Victor Marek and collaborators.

How big is 200 terabytes? The journal Nature reported that the proof is "roughly equivalent to all the digitized text held by the US Library of Congress."

“It is, indeed quite big," said Marek, a professor in the UK Department of Computer Science.

The team, including Marek, Marijn J. H. Heule of The University of Texas at Austin, and Oliver Kullmann of Swansea University in Wales, was working to solve the boolean Pythagorean Triples problem. (Remember the Pythagorean theorem? a2 + b2 = c2.)

The problem asks if it is possible to color each positive integer either blue or red so that no Pythagorean triple a, b and c are all of the same color.

The supercomputer-assisted proof revealed that it was possible to color the integers in multiple ways up to 7,824 integers. But at 7,825 and beyond, it is impossible for every Pythagorean triple to be multicolored.

The team's findings are featured pre-print at http://arxiv.org/abs/1605.00723. Marek, Heule and Kullmann have already been rewarded for their work. Ronald Graham, the mathematician who proposed the problem in the 1980s, pledged back then to give $100 to whoever solved the problem. He followed through on his promise last month, presenting a check to Heule at a scientific conference.