But she doesn't hesitate when you ask her about it: "It was sort of on a whim," she says overlooking downtown Atlanta from the skyscraper where she works each day as an interior designer for Gensler, one of the largest design firms in the world. "But it was the best decision I ever made."

Isabella knew interior design was the career path she wanted to pursue, but she also wanted a university experience in the South with a wealth of extracurricular activities.

But for Isabella some of the unique extracurricular activities made the difference.

For fun, Isabella says camping out for UK Wildcat basketball games with thousands of other crazies from the Big Blue Nation made for life-time memories.

"It's a really unique experience. This is the only time in your life that you are within your peer group, and everybody wants to get to know everybody else," she says. "People are really immersed and the university encourages you to do stuff like that … you really come together as a group … so I would encourage students to seize those scheduled events as well as just getting to know people on your floor and things of that nature."

One of those things -- the thing Isabella says altered her life for good -- was DanceBlue. DanceBlue is a year-long fundraising effort that culminates in a 24 hour no-sitting, no sleeping dance marathon that benefits the Golden Matrix Fund, UK's Pediatric Oncology Clinic at Kentucky Children's Hospital and cancer research. The completely student run effort is the largest philanthropy in the Southeastern Conference and the fastest-growing dance marathon in the country. DanceBlue 2012 is scheduled to begin at 8 p.m. on Friday, March 2, and concludes at 8 p.m. on Saturday, March 3, at Memorial Coliseum on UK's campus.

Isabella was one of the student leaders in charge of DanceBlue, now in its seventh year, and has raised more than $2.6 million for children with cancer. DanceBlue is housed in the university's Center for Community Outreach, and is one of hundreds of ways that UK students connect with service throughout the community.

"Every day before design studio on Tuesdays and Thursdays, I would go to the pediatric oncology center and spend time with the kids," she recalls. "They were the happiest people I met with all day long … I just spent time with this five year old child who is facing surgery tomorrow or chemotherapy and they are literally the happiest person you see all day long. So, it gave me a good foundation."

From the experience, Isabella wrote a book that was published -- "The Little Book on How to Become a Big Deal” – focusing on the idea of leadership and inspiring people to rally around a shared vision.

It was a vision and commitment she learned through her student involvement in DanceBlue and other organizations at UK. Along with her solid academic background, Isabella was able to build an attractive portfolio that landed her a position with her dream company, Gensler.

Based in Atlanta, but with the world as her landscape, Isabella works for companies like Abercrombie and Fitch and Hollister, helping them find a store design that maximizes their potential.

"I think the biggest thing with my job is I work for my dream company, but I don't yet have my dream job," she says proudly, but with a sense of ambition. "And for me, that's really exciting every day to go out and to know that you can see a future there."

***Editor's Note: Since our interview with Isabella, she has since moved to Gensler's New York City office.  She is now "seeing blue" in the Big Apple. 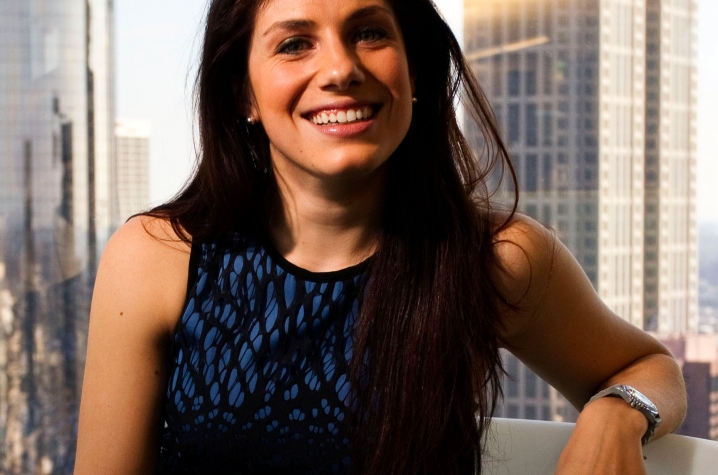 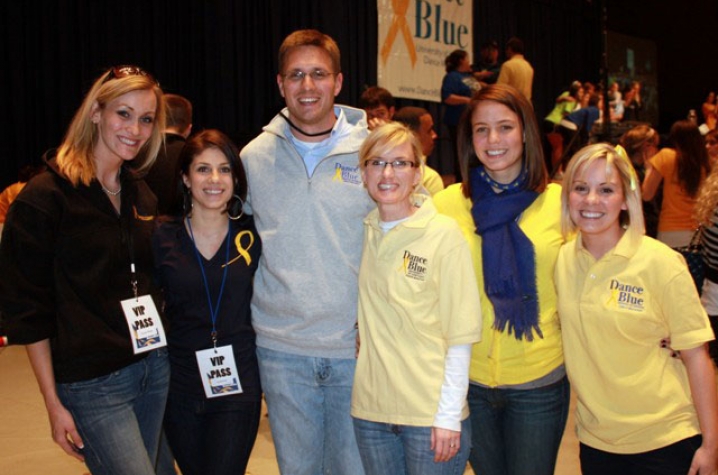 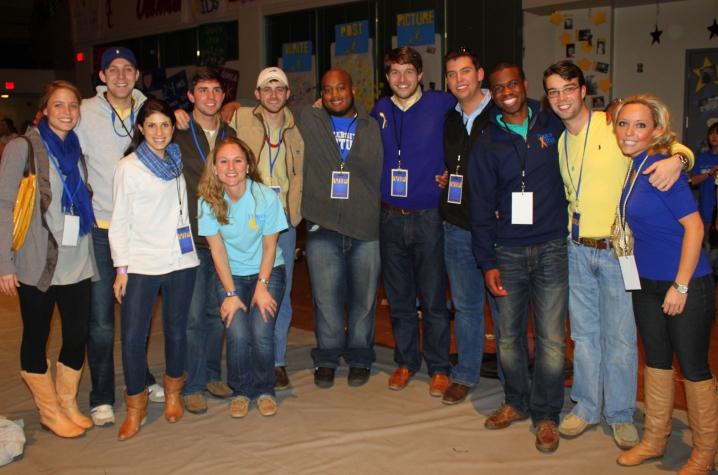