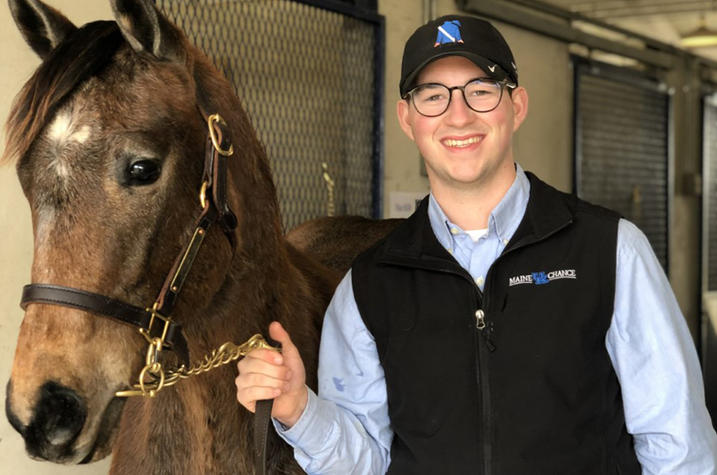 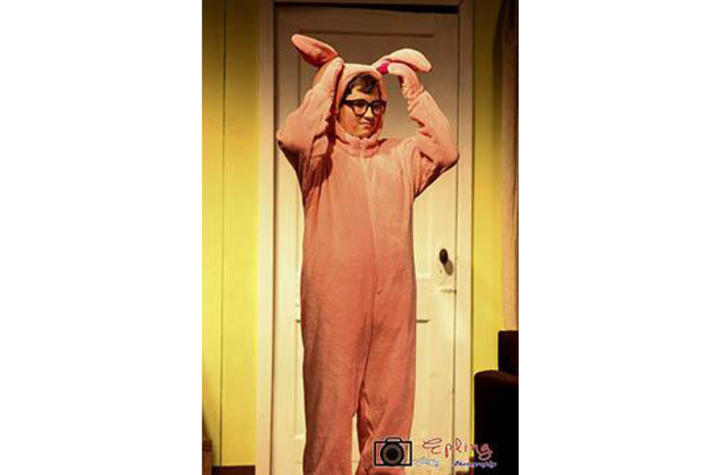 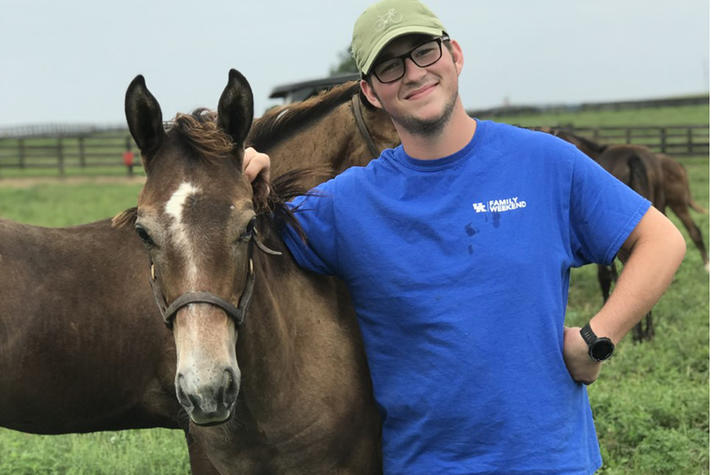 LEXINGTON, Ky. (May 6, 2021) ­— Zachary Chaney is heading to law school in the fall. That's not so unusual, but his journey might seem atypical. Well, to some, but not to Chaney himself, or to the extension arts agent who started him on his path.

In fourth grade, Chaney discovered ACT, the Artists Collaborative Theatre in Elkhorn City, and in doing so, found his voice. The Pike County company was run by then arts agent Stephanie Richards, currently a University of Kentucky fine arts extension specialist. At the time the 9-year-old Chaney discovered the group, they were holding auditions for “The Wizard of Oz,” one of his favorite movies. Of course, he had to try out. That show was the start of a whole new life.

“I walked in on that first day not knowing what to expect, and I don’t think I walked out of that building until I graduated high school in 2017,” Chaney said. “I had some part in all eight productions every single year. My main thing was acting, but if there was a show that didn’t have a role that fit me, then I ran tech, lighting, sound or was house manager.”

Chaney learned a lot working with ACT, including discipline. He said Richards ran “a tight ship” and because of that he learned to take responsibility for his work. Theater also taught him to work with people.

Richards said that’s part of the power of the arts.

Perhaps this is where his interest in politics and community flickered to life. Richards said she always used the shows to teach life lessons about what was going on in the world.

“I was very open about real life struggles or about having a voice or about being a strong woman or young person,” she said. “That’s one of the philosophies that all the directors (at ACT) have; you have a place in this world and it’s a valuable place.”

When it came time to head to college to major in chemistry and ultimately become a doctor, Chaney was not sure that really was his true place in the world. He liked science, but did he really want to be a doctor? Leafing through a list of academic majors he received during UK’s freshman orientation, he came across the College of Agriculture, Food and Environment and remembered that Richards and ACT were part of the UK Cooperative Extension Service, which was part of CAFE.

“I saw (the Department of) Community and Leadership Development, and I wanted to know more about that, because I had been interested in law and politics. If it weren’t for the arts and extension, I don’t think I would have known that the College of Ag houses a lot more than traditional agriculture,” he said.

It turned out to be a good decision.

“I really love leadership. I love community and working in community. Community theater was a huge part of that, how you get into a community and how you give back. I really thought CLD was a fit, and it turns out that after four years, it’s like my second family,” he said.

Chaney credits a lot of his growth during college with two professors he considers his mentors, associate professors Kris and Bryan Hains. He took Bryan Hains’ Learning in Society class, and Kris Hains’ Organization Leadership class. On occasion, he stopped after class to talk to her about current issues.

“That’s when we pulled him into the Innovations in Community Engagement class. It’s a place where you can apply what you’re learning in class directly to a project that really makes a difference in a community, and he was all about that. He did a fabulous job,” Kris Hains said. “He’s now in my Ethics in Leadership class, and it has turned into much more than having discussions outside of class and talking about future careers. He’s very passionate about not only politics, but the environment.”

Chaney has taken advantage of the many opportunities the college offers its students, as well as some he encountered outside academia. He worked part time for 2 1/2 years at the university’s Maine Chance Farm, which houses the college’s horse program.

“I had never been around horses, much less worked with them, but I needed a job, so I went out to talk with the manager. I told him, ‘I have absolutely no idea what I’m doing, but if you’re willing to take a chance, I’m willing to work,’” he said.

And work he did, caring for the horses, mucking stalls and even being on 24-hour call to help with foaling. He also started as an unpaid volunteer in a wetland restoration program run by the U.S. Department of Agriculture, which led to another paid part-time job helping with the legal documents in land acquisition.

In his spare time, Chaney is deeply involved as a lector and member of the LGBTQ+ ministry at Historic St. Paul Roman Catholic Church in Lexington.

“I see his true passions lying in social justice, where he wants to make true change in that capacity,” Bryan Hains said. “He’s taken it to a whole next level, so now he is not only a barrier-breaker, but now he is a leader for others to follow. I think that’s the most important story to tell.”

Chaney graduates from UK in May, and in the fall, he heads to law school at Ave Maria School of Law in Florida, where he will study environmental law. The little boy auditioning for “The Wizard of Oz” in Elkhorn City has come a long way.

“I’ve always thought that having arts agents can make an impact, and I think you see this in Zach,” Kris Hains said. “I think the opportunities afforded to him helped him blossom into the person we are seeing in classes, who we are seeing as he goes to law school.”