DanceBlue 2020 is just a few days away - and students are excited to give back - For the Kids.

LEXINGTON, Ky. (Feb. 26, 2020) — Most cancer survivors wouldn’t want to reflect on their time as a patient. But for Bradley Wilson, not all the memories are bad.

Wilson, a two-time cancer survivor, spent most of his adolescence re-learning things that others learn as children. After his first diagnosis at just 13 years old, his family and their community of support were riddled with all the stress and confusion a cancer diagnosis brings. This only made it more difficult the second time around, at age 17.

“I think that after my first bout of cancer, we all had this sense that we had won and everything would be great from here on out,” said Wilson. “So to get that diagnosis a second time really felt like a punch in the gut.”

Wilson said that his cancer yanked him out of his teenage life. Rather than going to school, playing sports or hanging out with friends, he was spending long days in the hospital at doctors appointments and receiving chemotherapy. He was drained.

Then, he came to the University of Kentucky.

When Wilson first started college in 2015, he was on his last year of monthly maintenance chemotherapy. Coming from Louisville, he needed to find a new doctor to regularly receive those treatments. College brings uncertainty and adjustments for all new students, but especially someone like Bradley.

“It was really intimidating to come from a hospital and clinic that I was familiar with and had built so many relationships through the years,” said Wilson. “But coming to the DanceBlue Clinic was a really great experience from the very start.”

As a patient, Wilson very quickly got wrapped up in the excitement of DanceBlue, UK's student-led year-long fundraising effort, that culminates in a 24-hour no-sitting, no-sleeping dance marathon. The money raised by students all goes to the Golden Matrix Fund, which benefits the DanceBlue Kentucky Children's Hospital Hematology/Oncology Clinic. There are always student volunteers from DanceBlue in the clinic, and the staff happily discuss the cause throughout the year. It didn’t take long for Wilson to know he wanted to be involved.

After being a patient speaker at the DanceBlue Marathon as a freshman in 2016, he joined the Family Relations Committee as a sophomore. He went from being a patient in the clinic, to volunteering and spending time with those who were growing up just like he did.

“Empathy is a big part of it … there's a certain level of understanding that comes with surviving cancer,” Wilson said. “Being able to say I've been in a similar situation, I've been through very similar things and I can understand to some extent what you're experiencing, and that it’s OK to not be OK.”

The following year, Wilson became the chair of that committee. Teaching the other volunteers what it really is like to be a patient in the clinic brought a unique dynamic to the group. It showed them how appreciative the families truly are for their service as college students.

Today, Wilson is a first-year medical student at the University of Cincinnati. His decision in choosing medicine as a career is threefold – it represents a unique blend of science, people and service as a profession.

“I have always felt that my experiences with cancer happened to me so that good could come of it,” said Wilson. “It’s hard to think about it while the struggle and suffering are happening, but on the other side, I truly consider what happened to me a blessing.”

This year will be Wilson’s first marathon as an alumnus of DanceBlue. He’s thrilled to spend time with the people who made his college experience the time of his life.

“I can’t wait to walk into Memorial Coliseum and just feel the energy of the room,” said Wilson. “Seeing the lights and dancers, hearing the music and the shouts of hope and celebration ring out from the crowd for the lives that are touched every day by these college students.”

DanceBlue has become far more than a student organization. It has become weaved in people’s stories of their toughest battles. It reaches on after students graduate, and even affects the rest of their lives.

“DanceBlue is one of the most stretching experiences I’ve had in how it has taught me about people, philanthropy and about the movement of good that a small start can grow into, said Wilson. 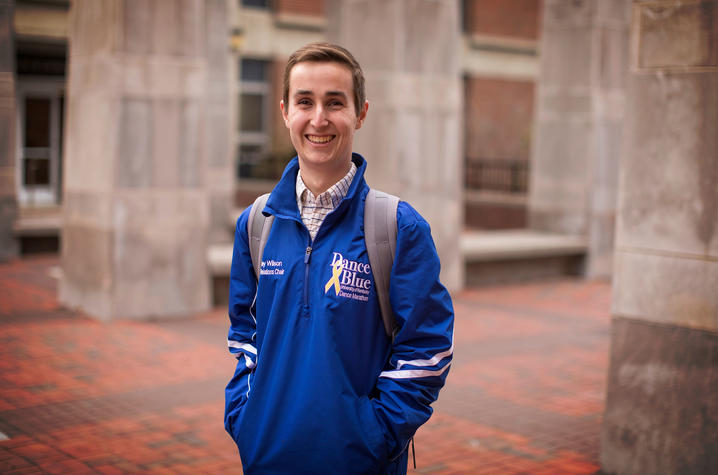 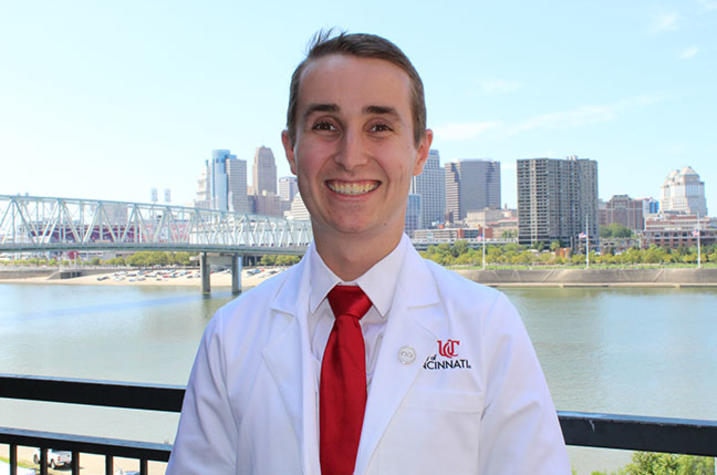 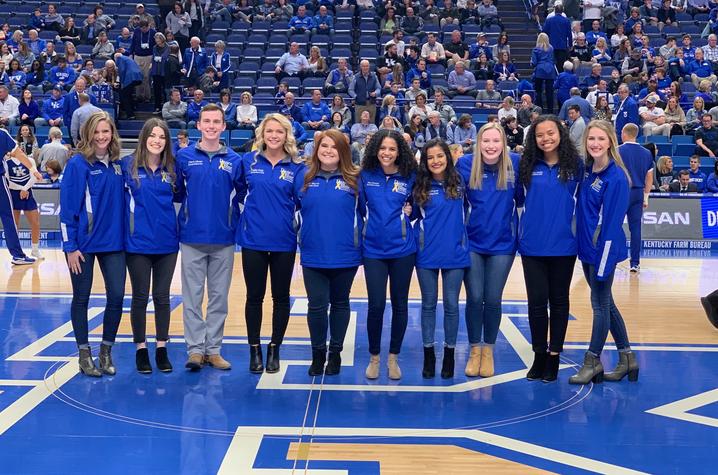