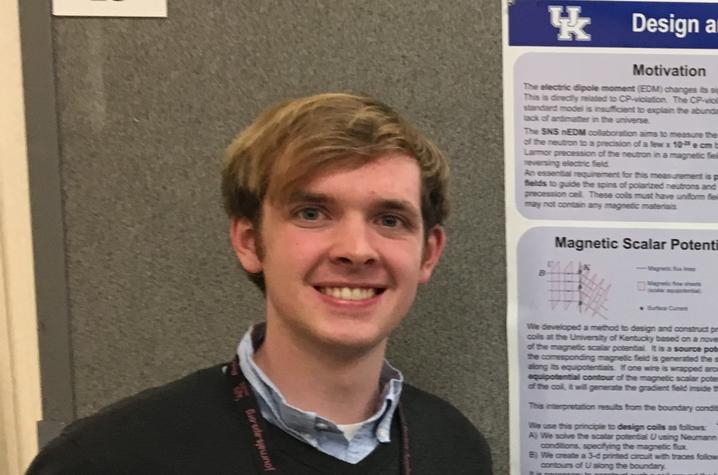 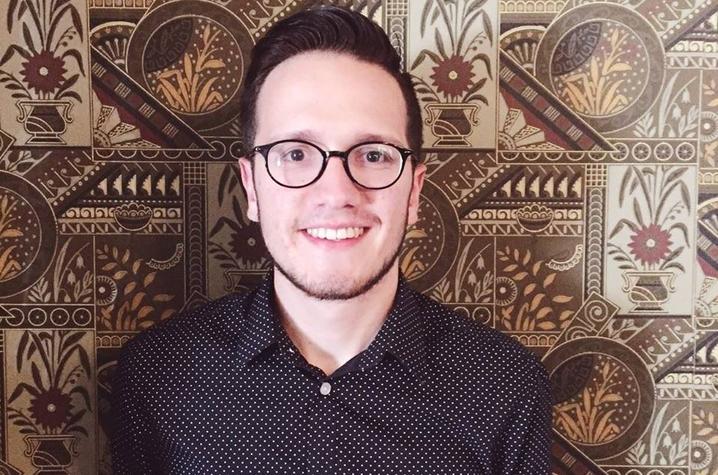 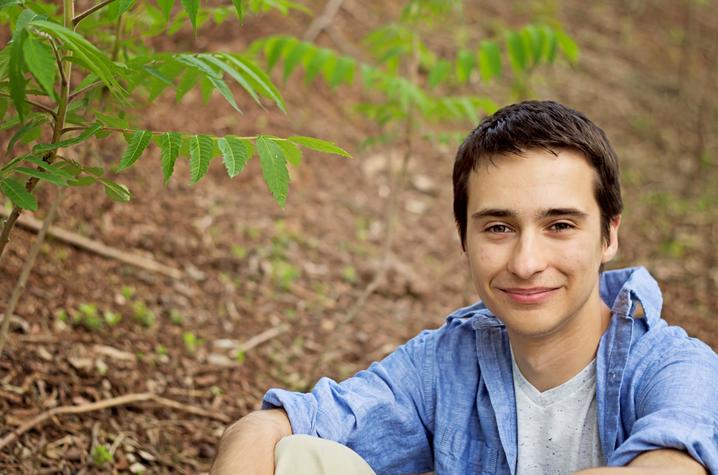 LEXINGTON, Ky. (April 26, 2017) — The University of Kentucky Office of Nationally Competitive Awards has announced that senior Benjamin Riley, of Louisville, Kentucky, has been awarded the Barry M. Goldwater Scholarship. Riley is among 240 students nationwide awarded the Goldwater Scholarship this year. This year's Goldwater Scholars were selected on the basis of academic merit from a field of 1,286 mathematics, science and engineering students who were nominated by the faculties of 470 colleges and universities nationwide.

Additionally, two other UK students, Aaron Mueller, of Louisville, and Connor VanMeter, of Lexington, were among 307 students to receive honorable mention recognition from the esteemed scholarship program.

The Barry M. Goldwater Scholarship and Excellence in Education Program was authorized by Congress to honor the former Arizona U.S. senator who served the nation for 30 years. The scholarship program was designed to foster and encourage outstanding students to pursue careers in the fields of mathematics, the natural sciences and engineering. Since its first award in 1989, the foundation has bestowed 7,921 scholarships worth approximately $63 million.

The scholarship will cover the cost of tuition, fees, books, and room and board up to a maximum of $7,500 per year for Riley.

The son of Mike and Sally Riley, of Louisville, Benjamin Riley is currently majoring in mathematics and physics at UK. He is a member of the Lewis Honors College and a recipient of UK's Patterson Scholarship.

Riley has been active in undergraduate research at the university constructing magnets for high-energy neutron experiments with Christopher Crawford, associate professor of physics, and in studies on nilpotence height in Steenrod Algebra with Bert Guillou, assistant professor of mathematics. He also participated in a Summer Undergraduate Research Fellowship at the National Institute for Standards in Technology (NIST) at the U.S. Department of Commerce.

Riley credits his time working with Crawford; Guillou; Heather Chen-Mayer, a physicist with NIST; and Ting-Hui Lee, instructor in the Western Kentucky University Department of Physics and Astronomy, as great influences on his success.

This summer, Riley will return to NIST in Gaithersburg, Maryland, where he has a summer internship.

Upon completion of his bachelor's degrees, Riley will use his Goldwater Scholarship to pursue doctoral studies in mathematics or physics.

Aaron Mueller and Connor VanMeter earned honorable mention recognition from the Goldwater Scholarship program. Mueller, a computer science and linguistics junior, is a member of SPUR (Society for the Promotion of Undergraduate Research). VanMeter is an agricultural and medical biotechnology and computer science junior, who is also minoring in mathematics. Both Mueller and VanMeter are Gaines Fellows and members of UK's Honors Program.

UK students interested in applying for the Goldwater Scholarship should contact the UK Office of Nationally Competitive Awards. Part of the Chellgren Center for Undergraduate Excellence within the Division of Student and Academic Life at UK, the Office of Nationally Competitive Awards assists current UK undergraduate and graduate students and recent alumni in applying for external scholarships and fellowships funded by sources (such as a nongovernment foundation or government agency) outside the university. These major awards honor exceptional students across the nation. Students who are interested in these opportunities are encouraged to begin work with Pat Whitlow well in advance of the scholarship deadline.