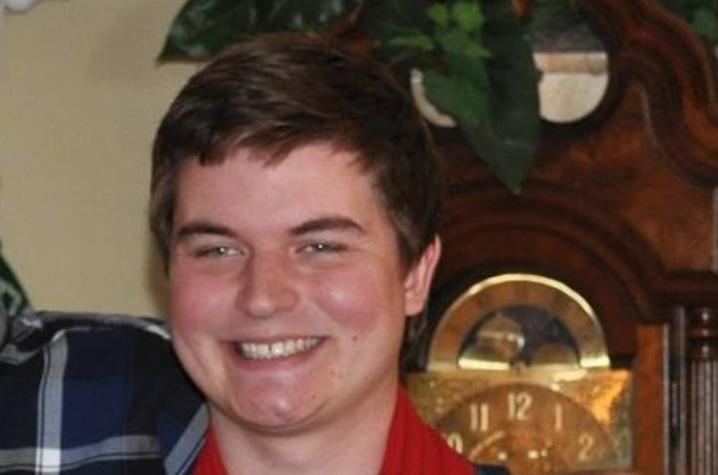 The Kentucky Branch of the English-Speaking Union awards a limited number of scholarships to qualified Kentucky college students for courses offered at institutions in the United Kingdom. Scholarship awards include tuition, lodging and two meals daily for three-week courses at the recipient's chosen institution. Scholarships also include one week of lodging in London and a cash allowance.

ESU scholarships are awarded for studies in English literature, history and social sciences at Oxford, Cambridge or Edinburgh University for the summer of 2017. Scholarship winners, selected through an essay and interview process for the program, are expected to become articulate lifelong ambassadors for British/American cultural exchanges.

Gaiser's scholarship will fund three-weeks of history, politics and society studies at Oxford.

The son of Kelly Gaiser, of Ludlow, Gaiser is a member of the First Scholars Program at UK. He credits Director of First Generation Initiatives Matthew Deffendall and Scholarship Program Coordinator Martina Martin, as two of the most influential figures who have inspired him to try new things during his time at UK. "They have played a crucial role in making sure that I have been on track during my academic career, and have provided me with resume building experiences and provided anything that I could ask for during my time here," Gaiser said.

Additionally, Gaiser is thankful to Bruce Holle, associate professor of classics in the College of Arts and Sciences, for pushing him to become a better writer and providing advice inside and outside of the classroom.

Gaiser recalls childhood road trips with his grandparents as his inspiration for pursuing history and education studies in college. During trips to sites like Natural Bridge, Ruby Falls and Mammoth Cave, his grandmother would quiz him on history, geography and literature. "It ignited a passion for learning in me, which evolved into one for advancing knowledge amongst others."

Upon completion of his undergraduate degrees, Gaiser plans to continue his education in UK's Master's with Initial Certification program, which will allow him to earn both a master's degree and secondary teaching certification all within one calendar year.

The ESU of the United States is a nonprofit, nonpolitical, educational service organization whose mission is to promote scholarship and the advancement of knowledge through the effective use of English in an expanding global community. Headquartered in New York City, the organization implements programs through a network of 70 branches throughout the United States. The Kentucky branch of the ESU was chartered in 1923 by local business and civic leaders. Since 1960, more than 450 Kentucky teachers and college students have been awarded scholarships by the Kentucky branch of the ESU.

Gaiser applied for the ESU Scholarship through the UK Office of Nationally Competitive Awards, part of the Chellgren Center for Undergraduate Excellence within the Division of Student and Academic Life at UK. The Office of Nationally Competitive Awards assists current UK undergraduate and graduate students and recent alumni in applying for external scholarships and fellowships funded by sources (such as a nongovernment foundation or government agency) outside the university. These major awards honor exceptional students across the nation. Students who are interested in these opportunities are encouraged to begin work with the office's director, Pat Whitlow, well in advance of the scholarship deadline.