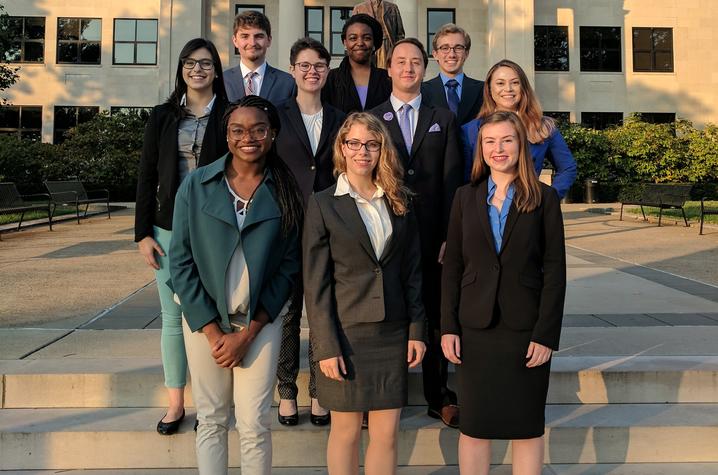 UK Speech and Debate Team at the Fall Fiesta Tournament.

The team’s seventh place finish is a new record for the university. Last year, the team placed 10th against an equally competitive field. In addition to improving the team’s overall performance, UK debuted 27 new speeches at the tournament, up from 22 the year before. The team has never fielded such a large entry this early in the season before.

“It’s a fantastic start to the season,” said Timothy Bill, the team's director. “There’s no better way to know where we’re at as a team than to go up against the best as early as possible. It helps us to know where we’re strongest and where we need to put in more work.”

Over the next few weeks, the team will prepare for a string of tournaments in October.

The UK Speech and Debate Team is committed to training the next generation of civic leaders who are passionate about effecting change in their communities. The team’s next competition will be the John G. Fee Invitational held at Berea College in Berea, Kentucky, Oct. 13-14. UK Speech and Debate is a student organization in the School of Information Science in the College of Communication and Information. To find out more, please visit the team’s website www.ukforensics.com.