One of the team's balloons bursting in space during a recent test launch.

LEXINGTON, Ky. (Aug. 17, 2017) — While millions are looking to the sky on Aug. 21 for one of nature's rarest events, a team of University of Kentucky students will offer a perspective of a total solar eclipse never experienced before — the view from above.

Using cutting-edge technology, the UK Solar Eclipse Ballooning Team will stream the eclipse live from space to the internet, where it can be viewed around the world. The view will be remarkable: the curvature of the planet and the blackness of space as the moon's shadow passes over the Earth. And for everyone outside the path of totality, the livestream will bring the once-in-a-lifetime experience directly to them.

"The project adds another level to a once-in-a-lifetime opportunity," said one of the team’s leaders, Patrick Heelan, a mechanical engineering junior. "Not only do I get to see the eclipse in the greatest totality on the ground, but I get to be a part of livestreaming the eclipse from the edge of space for the first time. Being a part of this team has been an incredible learning experience that will hopefully lead to opportunities in the aerospace field post-graduation."

Launching two high-altitude weather balloons, UK students are part of a coordinated effort of 55 NASA-sponsored teams capturing live video and still images along the path. With Bluegrass Community and Technical College and Hopkinsville Community College, UK is hosting six out-of-state teams to launch 12 balloons from Paducah to Russellville. The footage will feed to http://eclipse.stream.live/. Viewers can find University of Kentucky Team 1 and Team 2 on the map or in the list to view the eclipse from Russellville, Kentucky — well, 80,000 feet above Russellville, technically.

Here's the plan and how the livestream will work: the team will launch the helium-filled balloons from the Russellville-Logan County Airport at 12:15 p.m. CDT Monday. The balloons will reach an altitude of around 15 miles, eventually expanding to the size of a school bus. The livestream cameras, GoPros and a Garmin 360-degree camera will capture totality for more than 2 minutes. Through ground stations, the livestream cameras will transmit footage down to Earth during this time, and the entire flight up to that point.

Once the eclipse has passed, the balloons will burst and payloads will parachute down to Earth. Then begins chase and recovery — the team will track the payloads and head to retrieve them (even if they've landed in another state). Upon recovery, the students will have captured video of this amazing event from multiple angles throughout the eclipse.

The balloons will also be carrying scientific sensors to measure atmospheric characteristics throughout the flight that will be compared with data from UK’s CLOUD-MAP research team. UK students are also participating in a nationwide experiment to fly harmless-to-us bacteria samples on their payloads. They aim to understand whether microorganisms from Earth could survive flight through the Earth’s atmosphere and possibly contaminate another planet.

UK students have spent more than two years assembling the balloons' payloads, learning radio communications and integrating location-tracking systems. In the last 12 months alone, the team has conducted 10 test launches. Thankfully, the team is supported by faculty at UK and NASA Kentucky who brought a wealth of experience.

The students say they have learned a lot from their peers on other teams, and appreciate the assistance of project partners, landowners and tree services (who helped them recover payloads after practice launches) and "everyone who has helped them accomplish so much."

"UK has been known for unique space exploration research with student-led high-altitude balloon launches since 2003, but this extraordinary project — with student teams across the U.S. developing state-of-the-art systems and coordinating their efforts during a once-in-a-lifetime solar eclipse — lets them and all of us see the possibility of coordinating efforts to meet the difficult challenges to reach Mars and beyond," said Suzanne Smith, the Donald and Gertrude Lester Professor of Mechanical Engineering and director of NASA Kentucky, who is the team's faculty advisor.

Visit http://solareclipse.engineering.uky.edu for more information about the project and http://eclipse.stream.live/ to view the livestream. And don't forget, the only way to safely view the eclipse other than the livestream is through special-purpose solar filters, such as authorized eclipse glasses. 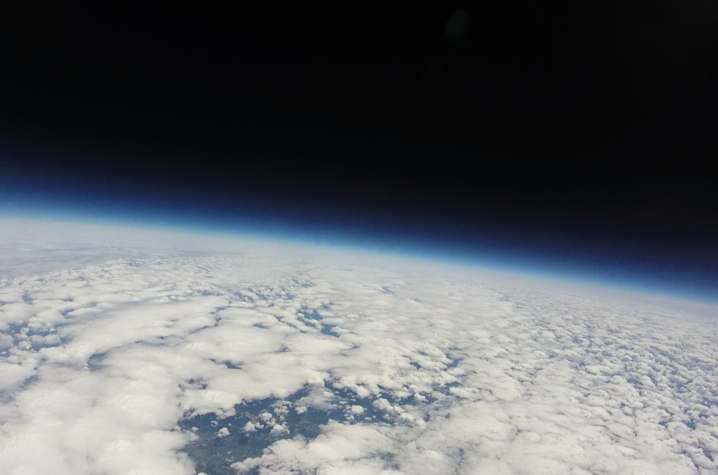 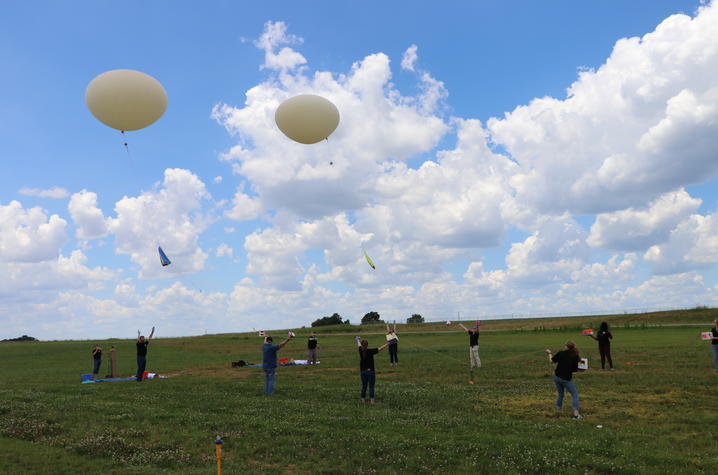