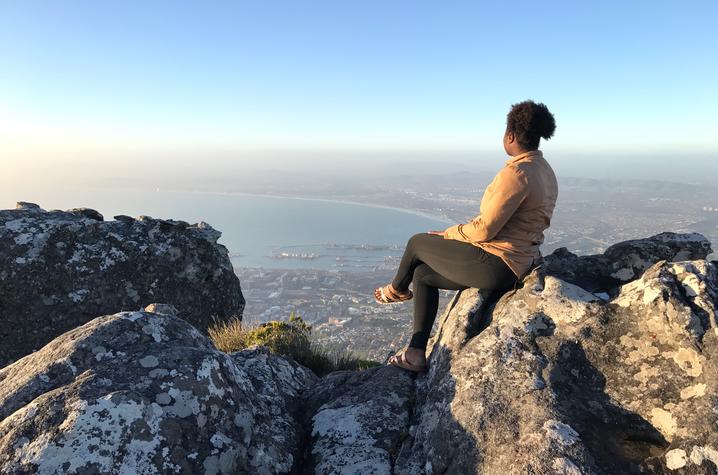 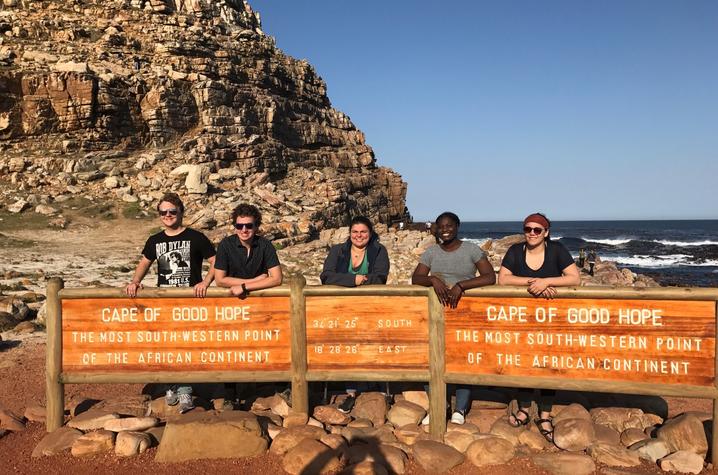 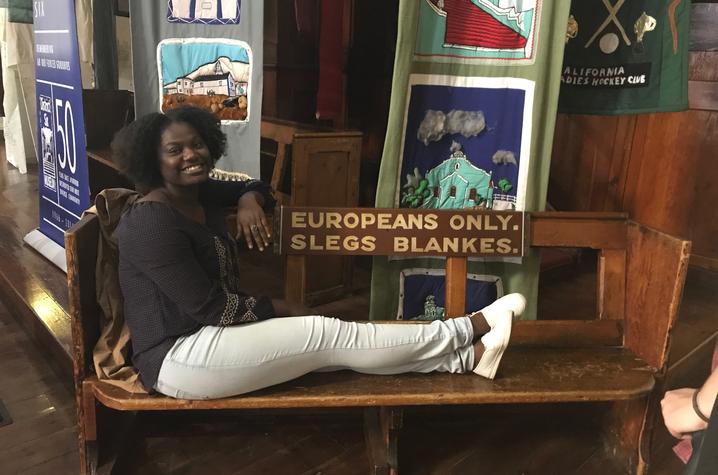 LEXINGTON, Ky. (Nov. 20, 2017) ― Alexis Abdullah came to the University of Kentucky from Atlanta with the goal of experiencing different cultures and gaining new perspectives. Ryan Thorn came to Lexington from his hometown of Mercer, Pennsylvania, to experience a new part of the country. As UK seniors, both traveled 8,241 miles last summer to the southwest coast of South Africa to engage in an immersive experience unlike any they had before.

“When I came to college, I knew I wanted to study abroad at some point,” said Abdullah, a senior environmental and sustainability studies major. “I wanted to experience a different culture and gain perspectives that expanded my own. The opportunity to study abroad in South Africa appealed to my interests because of the history of social injustice and human rights struggles that are associated with the country.”

Abdullah spent her summer in Cape Town working with a human rights advocacy organization, The Black Sash, which has a dense history in the anti-apartheid movement and fight for equality in South Africa. As a media and communications intern, she worked on their monthly newsletter, assisted with fundraising events, and revised, organized and archived media releases.

“Working with The Black Sash was impactful because I had the privilege of experiencing the organization in action as they worked on a massive case involving illegal deductions from social grants of South Africa’s most vulnerable citizens,” Abdullah said.

Thorn also interned in Cape Town working with FunDza which organizes writers to read through the writing of South African youth and provide feedback. As part of his internship, he helped read through writings and was also able to write stories.

“During my internship, I was able to go to the informal settlement of Khayelitsha for a workshop. I thought it was shocking to see how people lived in these settlements. People were living in shacks made of objects they had found,” said Thorn, a senior majoring in secondary social studies education. “Part of my trip to South Africa was to experience a different culture; more different than anything I had experienced. It gave me an opportunity to see how South Africa has been affected by its troubled past and to see how it still effects them today.”

Steve Davis, associate professor of history, helps organize the Cape Town education abroad opportunity and believes one of the most important aspects is the experience students have working with people in need.

“Learning about the effects of poverty and inequality in a conventional way is important, and it’s often the only way we can teach about these subjects, but students who have human interactions with people in dire circumstances are better able to understand these problems on a more holistic level,” Davis said. “We can provide access to the best information about the roots of poverty in South Africa and other places, but there really is no substitute to seeing its effects firsthand and seeing the ways people are attempting to address it.”

When not working at their internships, Abdullah and Thorn spent time sightseeing and learning more about South African history and culture.

Thorn also counts his most memorable moments when he was traveling and experiencing the culture and history of the country at Camps Bay, Table Mountain and Robben Island. “I would recommend any student considering to study abroad to do it,” he said. “It is a very enriching experience because you can see a part of the world many have only read about in books and make connections with people in different parts of the world.”

“The opportunity to study in a different part of the world allowed me to immerse myself in a fascinating culture with a complicated history, Abdullah said.

“Government corruption, heavy poverty and a lacking education system continues to strain the young democracy in South Africa,” she said. “Even still, South Africa is a beautiful country with character like no other and picturesque views that will take your breath away.”

Summing up her experience, Abdullah simply states, “I absolutely love it here.”