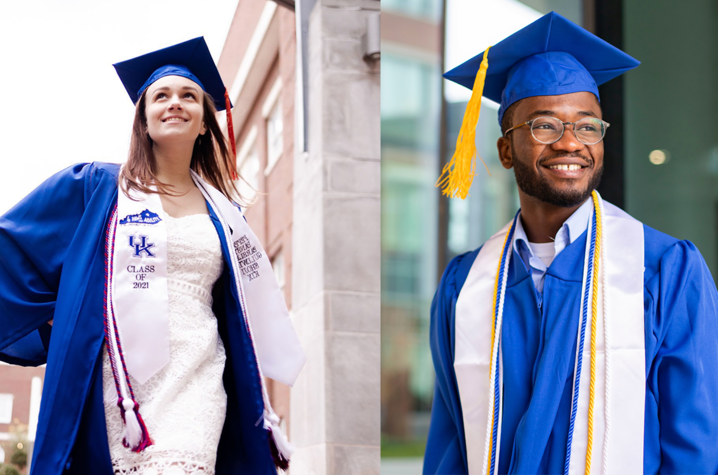 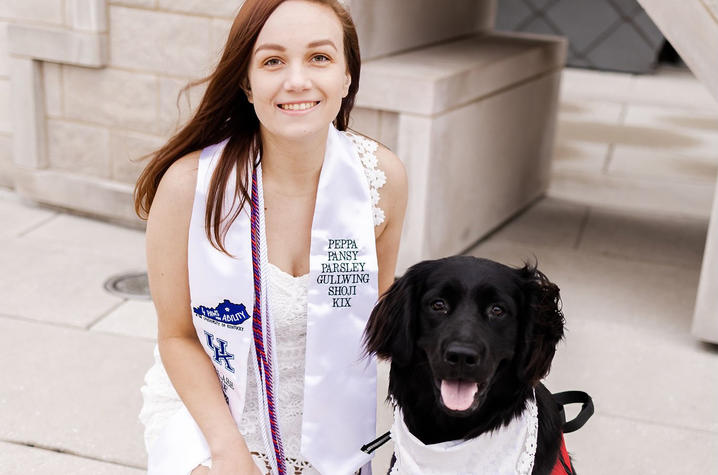 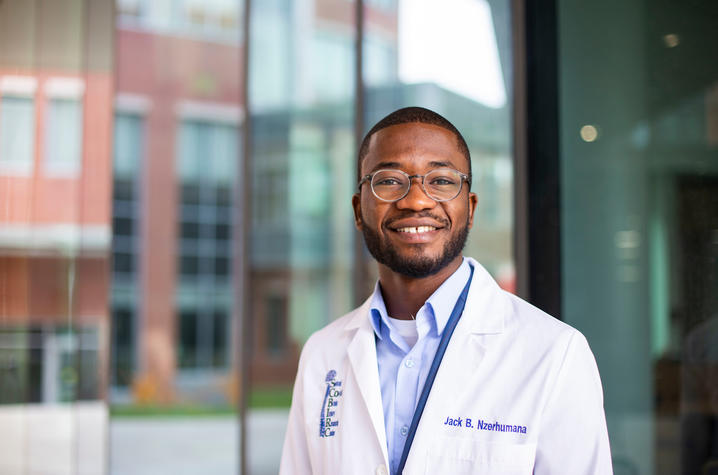 Two speakers in total were selected. Each speaker will address their respective ceremony. Given limitations on the number of people allowed on the stage, the speeches will be pre-recorded.

The two student speakers are:

The Germantown Hills, Illinois, native is finishing a bachelor’s degree in mechanical engineering and a certificate in automotive production engineering from the UK College of Engineering and is a Lewis Honors College member. She will address the 10 a.m. ceremony.

While at UK, Schroeder spent time fostering six service dogs in training through 4 Paws for Ability, worked as an eApprentice for UK Research’s Office of Technology Commercialization, was a member of Phi Sigma Rho and EMPOWER: Women’s Leadership Program, and participated in the Society of Women Engineers, where she served as chair of diversity and inclusion, leaders and learners chair, and peer mentor. Additionally, she completed multiple internships across several states and engineering specialties and earned a minor in mathematics. Her current service dog in training, Kix, will also be “graduating” on Friday.

Upon graduating, Schroeder will be moving to California to work as a design quality engineer for Medtronic. Schroeder describes how it felt receiving the call that she had been chosen.

“When I received the call from President Capilouto letting me know that I had been selected, I was so excited that I found myself at a loss for words,” she said. “I could not believe that I had been chosen to play such an important role in the commencement ceremony.”

Nzerhumana, originally from the Democratic Republic of Congo and now a Lexington resident, is graduating with two bachelor’s degrees in neuroscience and psychology from the UK College of Arts and Sciences and is also a Lewis Honors College member.

During his time at UK, Nzerhumana served as a Student Wellness Ambassador, CARES ambassador and biology tutor, vice president and co-founder of UK Minority Students in Neuroscience (MSN), a Lewis Honors College ambassador, member of the University Academic Appeals Board, member of LSAMP, and Student Government Association senate presidenlt. He spent time in the SCoBIRC Research Lab and UK College of Medicine Aging Brain Cognition Lab as an assistant and co-founded Pockets of Hope, an organization that distributes hygiene materials to the homeless members of the Lexington community.

Nzerhumana is humbled to be chosen as the speaker for the 3 p.m. ceremony.

“It’s very humbling because I never imagined myself giving a speech. As a kid who was walking long distances to school, I still can’t fathom all of it,” he shared. “From a refugee camp in Africa to a student speaker at one of the best universities in the United States. At times it feels so unreal.”

Nzerhumana’s next stop will be working at the Kentucky Clinic pediatrics clinic, studying for the MCAT and applying to medical schools.

Both UK Commencement ceremonies will be livestreamed on UK's YouTube channel, which will be accessible via the UKNow homepage beginning Friday. For more information about the December 2021 Commencement Ceremonies, visit https://commencement.uky.edu/december-2021.