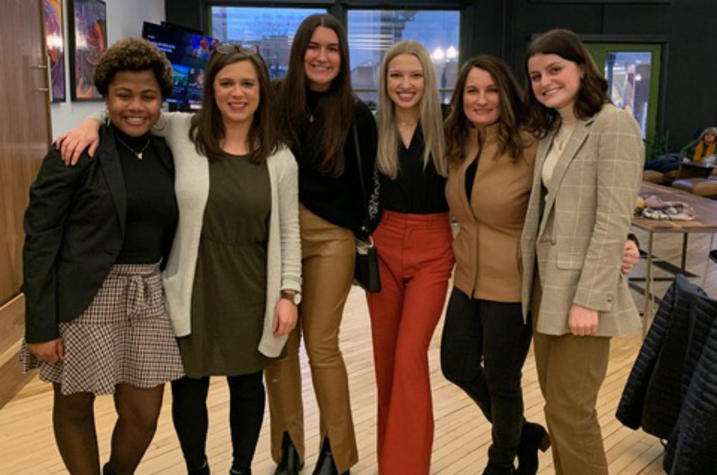 The student competition, which is similar to the industry professional competition, allows college students at accredited universities across the country to enter their creative work at the local level, then advance to the regional and national judging levels.

Kennedi Beam – Gold ADDY (The Marker that Grows with You)

Ashley Fisher – Silver ADDY (Sharpie, the Marker that Gives Back)

The 15 students who won ADDYs for the Better with Your Flame Campaign were part of the National Student Advertising Competition team that finished fifth at the national competition in June 2021.

“I am thrilled at how many students submitted work. Just having the confidence to submit work is a huge accomplishment. But seeing that work win an award is a whole other level,” Adriane Grumbein, associate professor of integrated strategic communication, said. “Our winners will always remember the first time that an outside judge — not their professor, but a top-level industry professional — recognized and rewarded their work. It’s a feeling like no other. Watching students win will never get old for me.”

With over 40,000 entries each year, the ADDYs are the advertising industry’s largest competition, with the local phase being the first of three tiers. Winners from the Lexington Ad Club will move forward to the second tier to compete against winners from other local clubs.