Born in the Democratic Republic of Congo (DRC), a country plagued for decades by civil war, political instability and exploitation, young Nzerhumana was exposed to horrific violence daily. At times, he and his family had to literally run for their lives.

“Witnessing the brutal maltreatment of women, sitting in rooms surrounded by bodies and hearing the never-ending cries of death unfortunately became a part of my daily routine,” Nzerhumana said. “(We were) running from bullets. It was pretty tough.”

With the help of a Catholic priest who took them under his wing, Nzerhumana and his family were able to escape the violence occurring in the DRC and migrate to a refugee camp in Kenya.

But life didn’t dramatically improve for young Nzerhumana as a refugee.

“I was fighting for survival,” he said. “My days entailed walking long distances to and from school, sleeping in dark and rainy nights, and thinking about where my next meal would come from.”

When Nzerhumana was around 6 or 7 years old, he was attending school while living as a refugee. He remembers not being well-received by some of his fellow students, because he was considered an outsider from Congo.

“I was just walking home, and a couple of students hit me in the back of the head,” Nzerhumana said. “I laid down unconsciously, and then (I woke up) in the hospital.”

The assault resulted in a traumatic brain injury, impacting Nzerhumana’s occipital lobe to the point he lost his vision for an extended period of time. He spent many weeks in the hospital, but eventually made a full recovery.

“(The doctors) called me a miracle baby, because I could have lost my eyes,” he said.

A few years later, through the support of the United Nations, Nzerhumana and his family migrated to the United States, where they settled in Lexington. Nzerhumana, who was still learning to speak English, began attending Crawford Middle School and eventually Henry Clay High School.

“Coming to Lexington, it was very different because I encountered different cultures, different people, even the schools and the schedules for classes (were different),” Nzerhumana said. “It was hard, just because my parents really didn't know much about schooling over here.”

Fortunately, Nzerhumana met many new people who exposed him to opportunities that opened doors for him. During his junior year of high school, he participated in a program that allowed him to observe medical professionals at University of Kentucky’s Chandler Hospital — an opportunity that triggered his interest in attending UK.

“Just seeing the environment and how welcoming UK is really sparked my interest to come here and study something that's related to medicine.”

But being the first in his family to pursue higher education, Nzerhumana’s struggles weren’t over.

“I kind of had to go on my own way, it was a path full of ditches, in a way,” he said. “I had to go up and down and just try to figure out how I could navigate my way to get a higher education.”

Nzerhumana was obviously no stranger to overcoming obstacles. He was accepted to UK and decided to major in neuroscience in the College of Arts and Sciences, due in part to the traumatic brain injury he experienced as a young child.

“I wanted to learn how I could help people have a faster recovery, and see the issues that underlie traumatic brain injuries and how that can be improved.”

Nzerhumana also declared a second major in psychology and was accepted into the Lewis Honors College. While he had never taken a chemistry or physics course prior to coming UK, he said resources like The Study, the General Chemistry Learning Center and Academic Coaching helped him learn course material and thrive as a college student.

His hard work paid off. Last year, Nzerhumana was named to the inaugural class of African American Research Training Scholars (AARTS), a program in the UK Spinal Cord and Brain Injury Research Center that supports students studying neuroscience Through AARTS, Nzerhumana met Patrick Sullivan, a UK professor of neuroscience. Nzerhumana joined Sullivan’s lab as a research assistant and began conducting neurotrauma research. His project involved studying mitochondrial dysfunction after traumatic brain injury, and whether certain therapeutics can help create new mitochondria to improve the function of brain cells. Earlier this semester, he presented his findings at a symposium on campus.

During his time at UK, Nzerhumana has also served as a Lewis Honors College ambassador, a Student Wellness ambassador, CARES tutor and freshman senator and senate president for Student Government Association. He also co-founded and served as vice president for UK Minority Students in Neuroscience and was a member of the Kentucky-West Virginia Louis Stokes Alliance for Minority Participation (KY-WV LSAMP).

And when the COVID-19 pandemic hit the world last year, Nzerhumana began looking for ways to support his local community, which led him to Wild Health on UK’s campus. He began working for Wild Health, assisting those getting tested for COVID-19, and eventually those getting vaccinated. He recently became a site leader, ensuring those who come to campus for testing or vaccinations receive the best care possible.

“The experience has been amazing for me," he said. "I've had a great time meeting different people from all backgrounds. It's been pretty great just serving the community and caring for Kentucky, of course.”

Now, after just three and a half years, Nzerhumana will walk across the UK Commencement stage this Friday as the first person in his family to earn not just one, but two college degrees. He will also give the student address at his ceremony.

“It's still unbelievable, I cannot fathom me walking on the stage and getting a degree, I guess two degrees in this case,” he said. “But it's a great feeling because I've accomplished something that my parents didn't get a chance to accomplish. So being able to really get a higher education, it's just not for me, but also for them and my generation, if there's a generation to come. I'm doing this for maybe my kids or my grandkids.”

Nzerhumana says he could not have accomplished all he has without the support from his family, church and community.

“It's through their prayers that I'm able to even get these degrees, because it wasn't an easy road,” he said. “I could not accomplish all of this by myself, I am blessed to have a mother who is strong and humble and has taught me to not only have a dream, but to believe in it.”

After graduation, Nzerhumana will begin working at the Kentucky Clinic on campus and will begin studying for the MCAT. He plans to apply for medical school next spring. He hopes to one day work as a doctor not only in Kentucky, but also abroad, in areas where medical access is limited.

But he says his ultimate goal is to be someone that can inspire others, especially other refugees.

“I just want to be someone that other people can look up to and be like, wow, Jack was able to do these things. I can also do it,” he said. “It's just to show that it's possible. You can do it. We know that the brain can literally adjust — it’s neuroplasticity. As long as you're motivated and you're able to just approach the right people and seek help, it shouldn't hinder you from doing what you want to do.”

And despite the mental and physical traumas of his youth, Nzerhumana says he would not change his upbringing for anything, because it’s the reason he is here today.

“As my family and I fled from soldiers and hate, I learned a tremendous amount about myself and this world,” he said. “I learned to appreciate what I have, and to share my heart as a warrior of love.” 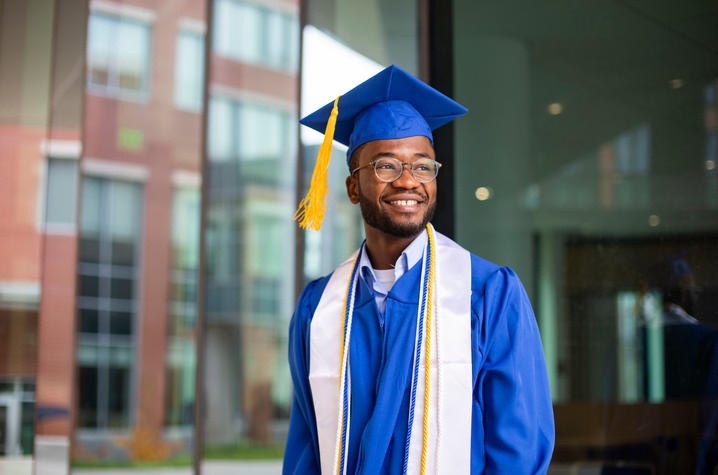 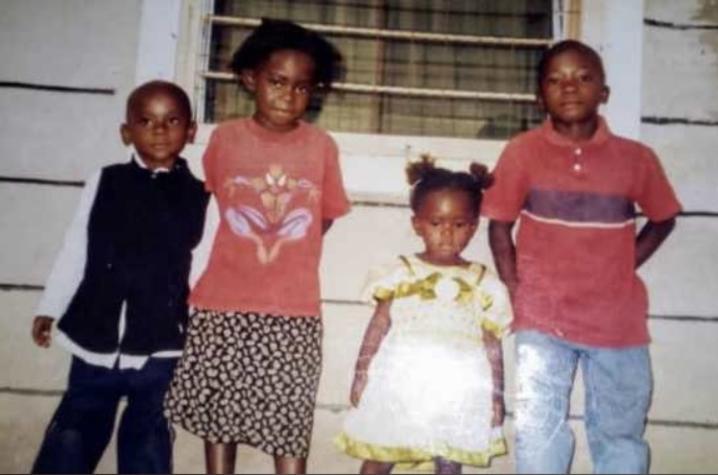 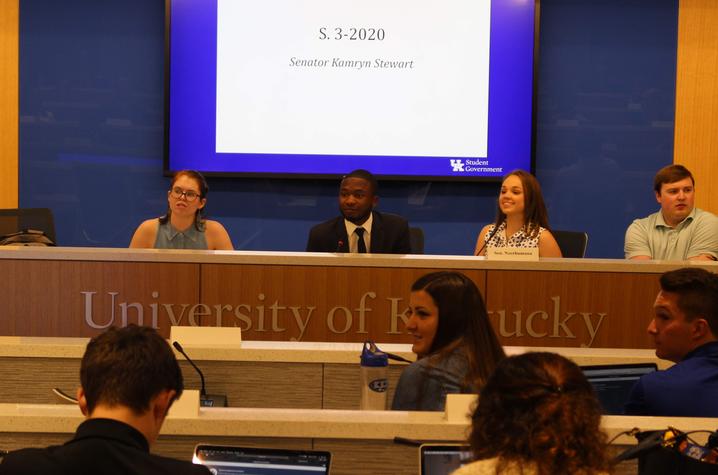 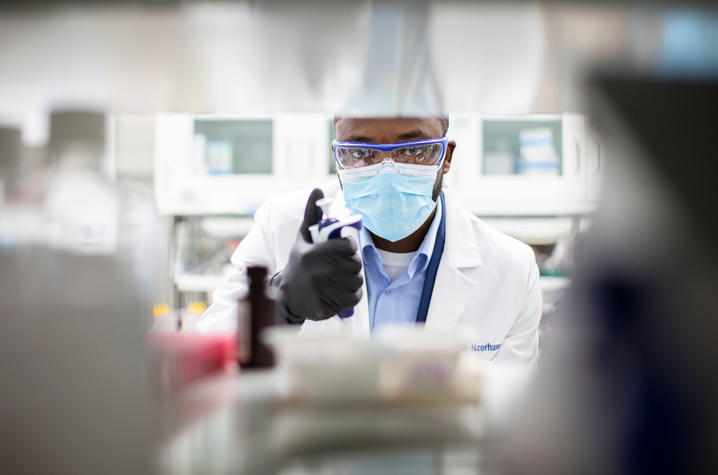 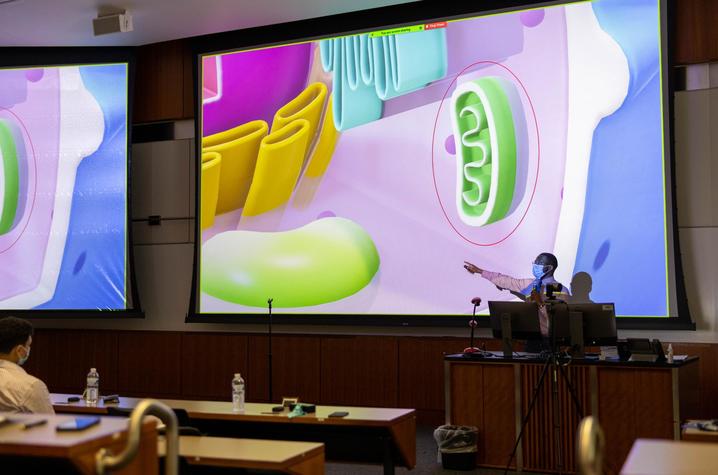 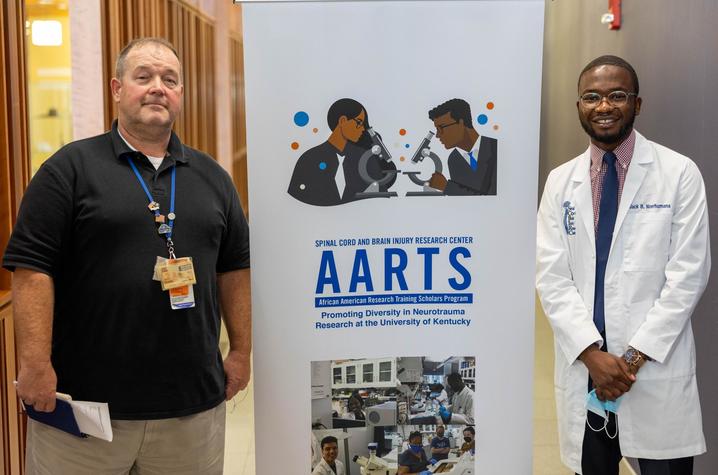 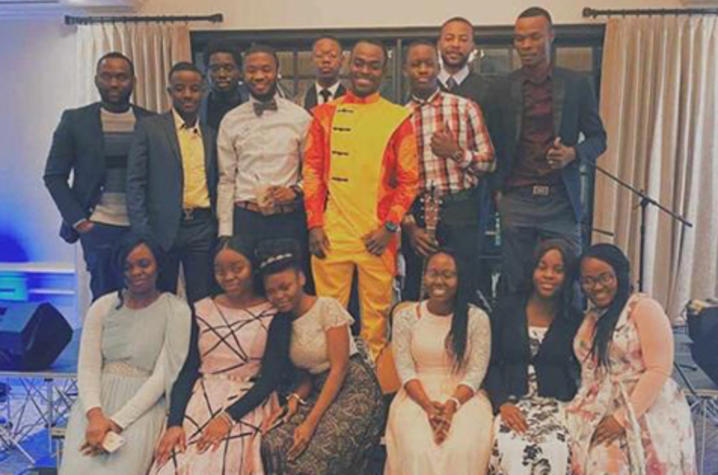 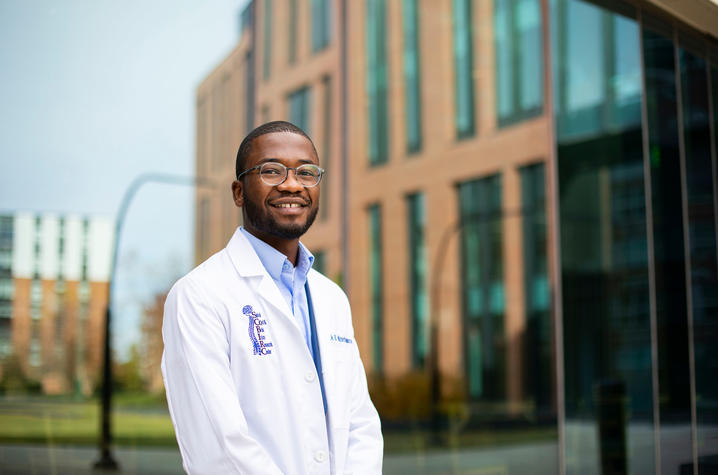 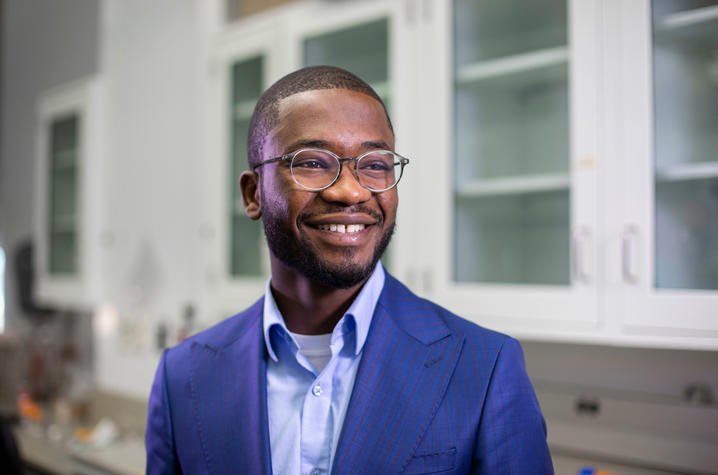