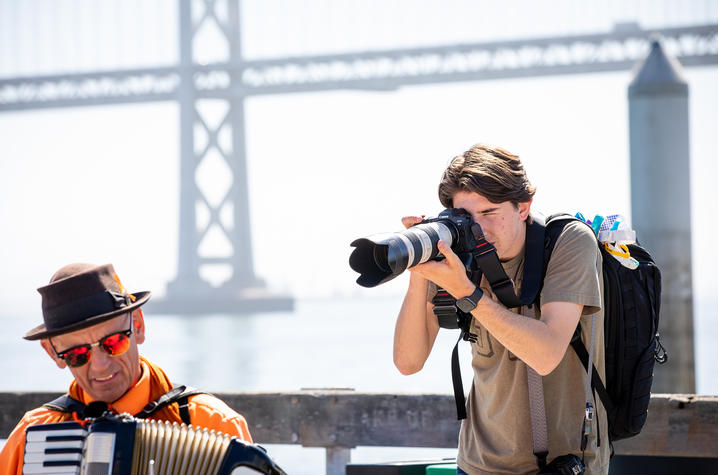 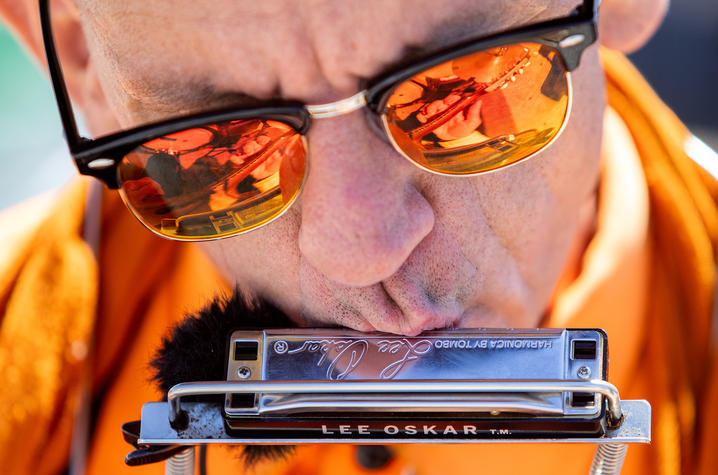 LEXINGTON, Ky. (July 25, 2022) — As the University of Kentucky and the United States at large started easing out of restrictions brought on by the COVID-19 pandemic, Kernel Media was able to make its way back to the office full time during the 2021-2022 academic year. The student journalists and content creators of the Kentucky Kernel and KRNL Lifestyle + Fashion could continue the traditions they had to abstain from since March 2020.

The 2020-2021 Kernel and KRNL editors, Natalie Parks and Rachael Courtney, had their editorships upended by the dawn of the pandemic. However, their successors, Kernel Editor Rayleigh Deaton and KRNL Editor Allie Diggs, got to return to the newsrooms that have birthed award-winning content and esteemed journalists, photographers and designers.

“I was incredibly thankful that restrictions were loosened when I stepped into the role of editor,” Deaton said. “I think we all needed this because it seemed to breathe new life into the staff. Friendships were rekindled and created, and I think we were a stronger staff and group of friends at the end of the year than when we started.”

While it was refreshing to return to in-person operations, making a comeback didn’t come without its challenges. Masks, social distancing and potential COVID-19 infection remained alongside difficulties in access to venues and interviews. This made the already demanding task of planning a new staff and meeting print deadlines that much more taxing.

The way Diggs tackled this was by cutting back on KRNL’s staff. Although student interest in the magazine has been growing, she wanted to prioritize her staff’s safety above all else. This also gave ample opportunity for everyone on staff to be involved in at least one aspect of production.

“Planning a safe interview or photo shoot was very challenging at times,” Diggs said. “People wanted to be involved in everything — which is fantastic— but we couldn’t allow too many people in one place. So executive members had to figure out a schedule for each team member.”

Similarly, one of Deaton’s biggest concerns was ensuring her staff felt appreciated, needed and personally connected. Weekly production nights where half the staff all crammed onto one computer to lay out the paper were a hallmark of the pre-pandemic Kernel. Deaton said production night back in the office feels like a party with friends, just like she had hoped to foster.

“Both staffs were younger and less experienced than previous years, but because they worked so hard, they were able to reach their goals and even surpass where they wanted to be when the academic year was over,” Craig said. “Because they are so young, there is a higher probability that they will be among the best for the foreseeable future.”

“With every award that comes out, I am relieved because I have something tangible I can point to and say all those sacrifices led to something,” Parks said.

Kernel staffers had three individual Top 10 finishes and one individual Top 20 finish, with awards earned in photojournalism, sports writing and multimedia digital news/enterprise. Managing and photo editor Jack Weaver was also a photojournalism finalist, allowing him to compete in the National Photojournalism Championship and finish as a runner-up. It has been decades since a Kernel photographer has made it to the national stage.

Kernel, a Certificate of Merit, 44 awards, sweeping six categories and earning 19 first place finishes. The newspaper also won General Excellence for the fourth straight year and Natalie Parks was named Collegiate Journalist of the Year for the second straight year.

Other awards in the past year:

KRNL’s Addison Cave won first place and Emme Schumacher placed third in the Association for Education in Journalism and Mass Communication logo contest. Cave’s logo will be used for the 2023 AEJMC conference in Washington, D.C.

Although the staffs don’t create their content with awards in mind, the recognition from awards committees — and, more importantly, the public they serve — are always welcomed and appreciated.

“It always feels good winning awards and seeing hard work pay off, but as a staff we were just proud of the work that we did,” Courtney said. “We had many obstacles thrown at us.”

Now that Kernel Media is back in full swing, people can expect even more top-notch, student-produced journalism — not that the pandemic ever stopped that. In March 2022, the editors for the 2022-2023 school year were selected. Deaton will be one of only a handful of repeat editors for the Kernel while Rana Alsoufi will carry on the torch for KRNL. Both had envisioned leading the charge of their respective offices and both look forward to continuing the legacy.

“I often tell the students that all the awards in the world mean nothing if you aren't operating at the highest level of journalism you can,” Craig said. “Every day they ask themselves if they are doing the best they can do. They are learning, they struggle and sometimes they fail, but I never question their desire to tell the best stories possible. It is remarkable to watch.”