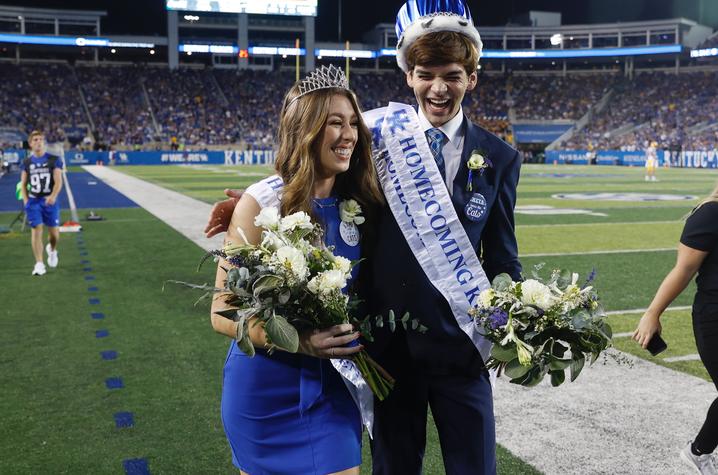 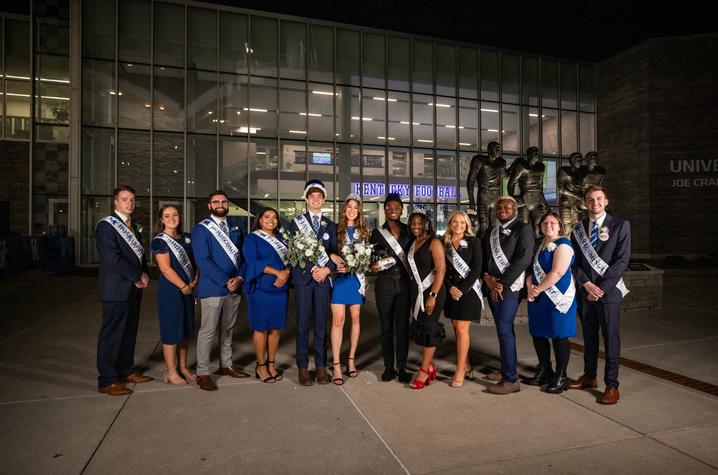 Claire Dzan is a senior majoring in neuroscience and Spanish in the College of Arts and Sciences on the pre-medicine track. Her parents are Justin and Stacie Dzan. She currently serves as the president of Alpha Delta Pi Sorority and the director of the Wildcat Wardrobe at UK.

Preston White is a senior and Global Scholar in the Gatton College of Business and Economics and Lewis Honors College seeking degrees in economics and finance and a minor in international business. He is the son of Jeff White and Holly Harrell. White is an active member of Sigma Chi Fraternity and DanceBlue Morale Committee.

Homecoming Court is an important tradition at the University of Kentucky. Students are nominated to the court by their peers, and it is a great way to highlight outstanding members of the campus community. The winners were determined by student voting earlier this week.