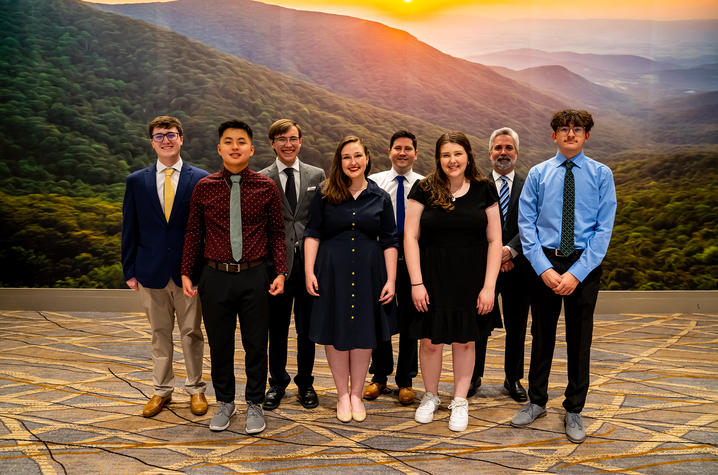 LEXINGTON, Ky. (April 18, 2022) — The University of Kentucky Intercollegiate Debate Team, housed in the College of Communication and Information, concluded the 2022 debate season at the 76th National Debate Tournament. This year’s tournament featured 45 schools from 24 states and was the first in-person competition the team has competed in since March 2020.

In the preliminary rounds, the sophomore pairing of David Griffith and Jordan Di had impressive wins over Tufts University, Trinity College and Michigan State University. The duo reached the round of 32 before losing to UC Berkeley. The first-year pairing of Jared Adam and Austin Kiihnl also finished the tournament with a strong 4-4 record.

This year marked the 48th year that UK has qualified for the National Debate Tournament and the eighth year in a row the team reached the elimination rounds, which ties a school record set in the 80s. The team also continued its streak of ranking in the top 16 nationally and earning an automatic first-round bid, a feat it has achieved each year since 2016.

With an impressive run at the National Debate Tournament, the team concluded a successful debate season. This season, four separate partnerships reached elimination rounds at major national tournaments and one partnership made a final round appearance at the Georgetown University tournament. Now, the team will prepare to host the High School Speech and Debate Tournament of Champions.

“This was a young team with a lot to figure out," said UK Director of Debate Dave Arnett. “Having a strong finish is really a testament to the hard work put in by the coaching staff and the growth of the students. We’re all looking forward to what next season brings.”