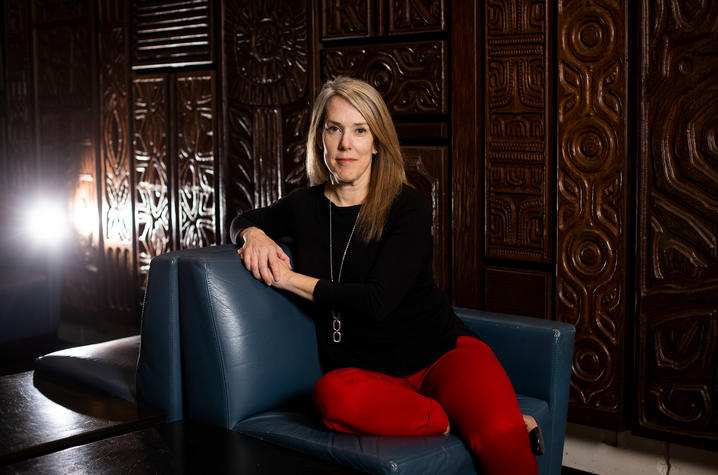 "My colleagues across the College of Arts and Sciences have inspired me in so many ways,” Murrell Taylor said. “To have them recognize me with a distinguished professorship is deeply humbling — and an honor I will cherish for the rest of my career."

From monument removals to the renaming of schools — these displays of public reckoning have given the work of historians renewed urgency. During the event, Murrell Taylor will discuss the unprecedented recent attention surrounding the history of race in the United States. Additionally, she will describe the largely untold story of how slavery collapsed in a refugee crisis during the American Civil War.

“The hundreds of thousands of men, women and children who fled slavery and sought refuge behind the lines of the Union army guaranteed the destruction of the institution once and for all,” Murrell Taylor explained. “But it is only now, over 150 years later, that their experience is becoming visible and their names and identities known.”

Murrell Taylor’s research focuses on the cultural and social history of the U.S. South in the 19th century.

In 2019, she was awarded the prestigious Frederick Douglass Book Prize for “Embattled Freedom: Journeys through the Civil War’s Slave Refugee Camps” (UNC Press, 2018).

Original and nuanced, the book balances triumphant and pessimistic narratives of the wartime destruction of slavery — revealing the stories of individuals that inform the larger history of the thousands of African Americans who made their way to refugee camps.

On a previous episode of “Behind the Blue,” Murrell Taylor talks more about the themes in “Embattled Freedom.”

Additionally, Murrell Taylor is the co-editor of the “UnCivil Wars” series with the University of Georgia Press, as well as an editorial advisory board member of the Civil War Monitor magazine and a past member of the board of editors of the Journal of Southern History. She is also involved in a variety of public history and historic preservation projects in Central Kentucky.

"During the lecture, I will encourage attendees to see a long-hidden history of the Civil War era that needs to be understood and grappled with before our nation can fully reckon with its racial past."

Since 1944, UK Arts and Sciences has recognized the accomplishments of its faculty, in the humanities, social sciences, and natural and mathematical sciences, with the Distinguished Professor Award. The distinction is the highest professional recognition offered by the college and is bestowed on the basis of three criteria: outstanding research, exceptionally effective teaching and distinguished professional service.

You can register for the Distinguished Professor Lecture at this link.