Hafez will visit the University of Kentucky campus for a free public lecture 3 p.m. Friday, March 23, in the Briggs Theater, in the Fine Arts Building. A reception follows in Lafferty Hall. Hafez will also hold an open forum for faculty and students at 11 a.m. Friday, in Niles Gallery of the Lucille C. Little Fine Arts Library and Learning Center.

Hafez creates the most breath-taking, thought-provoking art imaginable by combining bits and pieces of what most people would call junk, smeared plaster and splatters of paint in an old beat-up suitcase. His artwork has recently been featured in four highly acclaimed exhibitions and profiled in National Public Radio, The New York Times and The New Yorker, to name only a few. He serves as a 2018 Yale University Silliman College Fellow.

Hafez was born in Damascus, raised in the Kingdom of Saudi Arabia, and educated in the Midwestern United States. Hist art reflects the political turmoil in the Middle East through the compilation of found objects, paint and scrap metal. Using his architectural skills, Hafez creates surrealistic Middle Eastern streetscapes that are architectural in their appearance, yet politically charged in their content.

In an interview with New York Minute Films, Hafez said, “Most people are just focused on the war. I try to shine a light on what is also at risk culturally and archeologically; and … the most expensive price being paid is the human life. I was overwhelmed with the amount of destruction that was happening in Syria. I started remodeling the destruction of Syria, in miniature forms. And detailing them, because that was the only therapeutic way that helped me cope with the destruction of my country.”

Hafez’s visit is sponsored by an Inclusive Excellence Grant and is supported by several departments within the UK College of Arts and Sciences, as well as the College of Fine Arts and the College of Design. 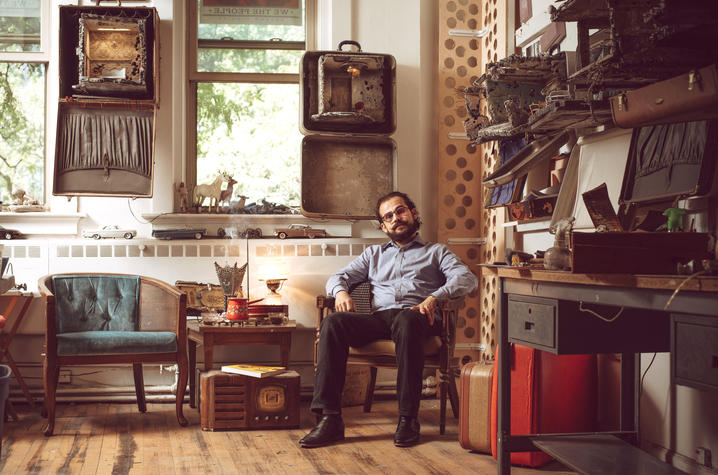 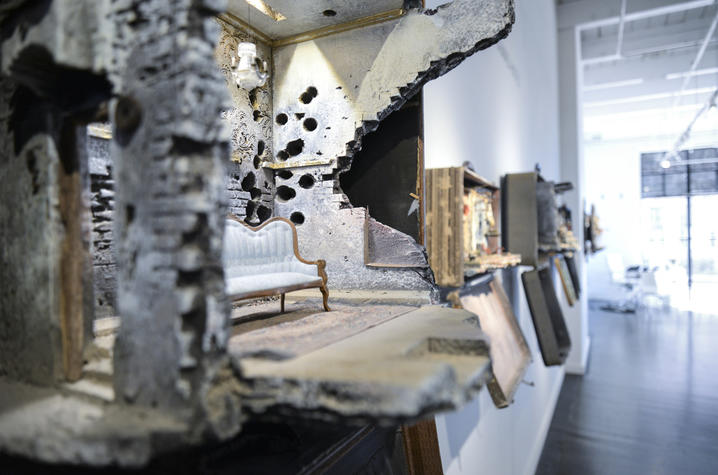 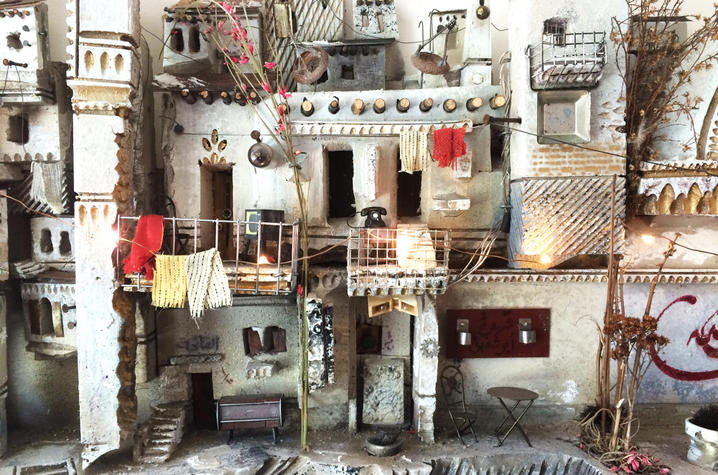 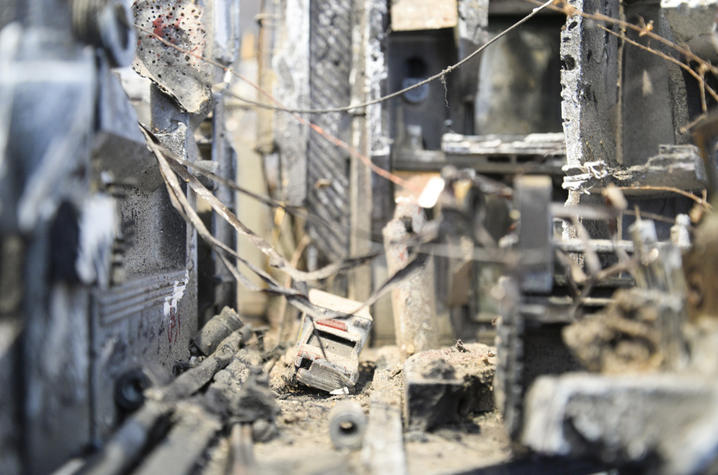 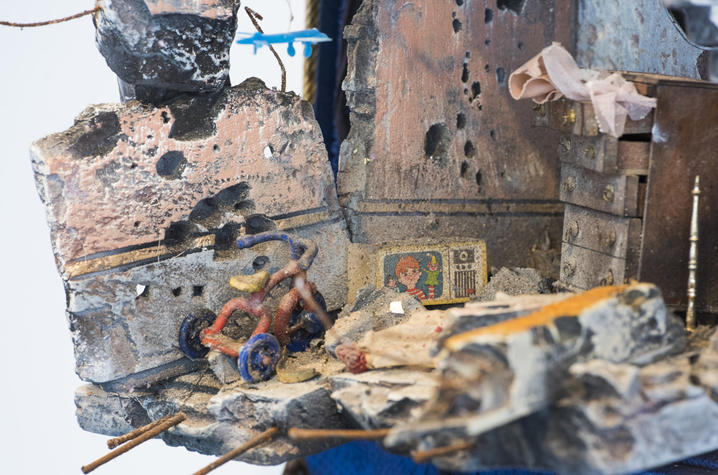 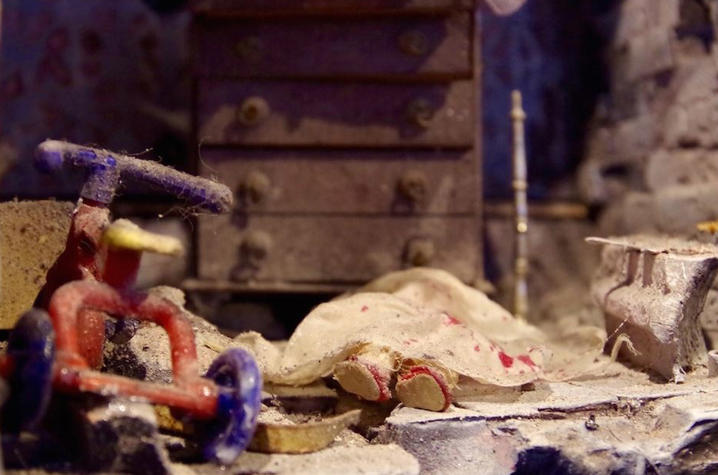