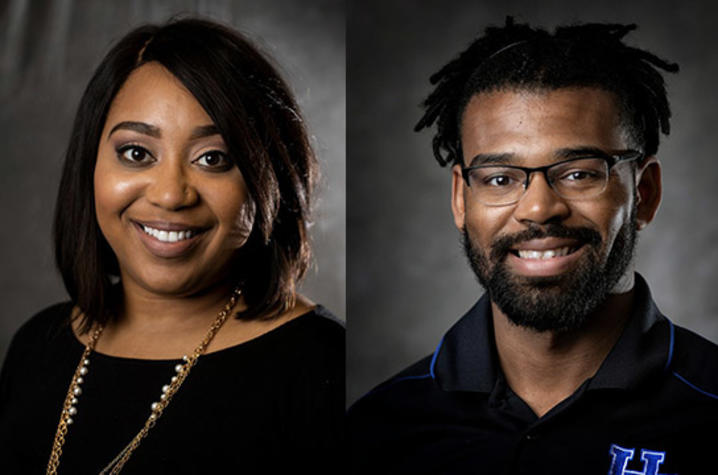 Te'Asia Martin and Brian Hamilton, with UK Center for Graduate and Professional Diversity Initiatives, will serve as panelists on CPE's Higher EDquity Series webinar, Power and Identity 101, this Wednesday.

FRANKFORT, Ky. (Aug. 3, 2020) — Join the Kentucky Council on Postsecondary Education (CPE) for the next installment of the popular Higher EDquity Series webinars, Power and Identity 101, at noon EDT Wednesday, Aug. 5.

University of Kentucky diversity leaders Te'Asia Martin and Brian Hamilton will discuss how societal, cultural, interpersonal and individual biases can shape the identities of faculty and students, often leading to both intentional and unintentional oppression. Panelists will also discuss strategies for self-reflection and ideas on how to better serve marginalized populations.

Martin is program coordinator and Hamilton is assistant director of UK's Center for Graduate and Professional Diversity Initiatives.

Participants may submit questions in advance as part of registration.

Registration is available at http://cpe.ky.gov/higheredquity/webinar-080520.html.