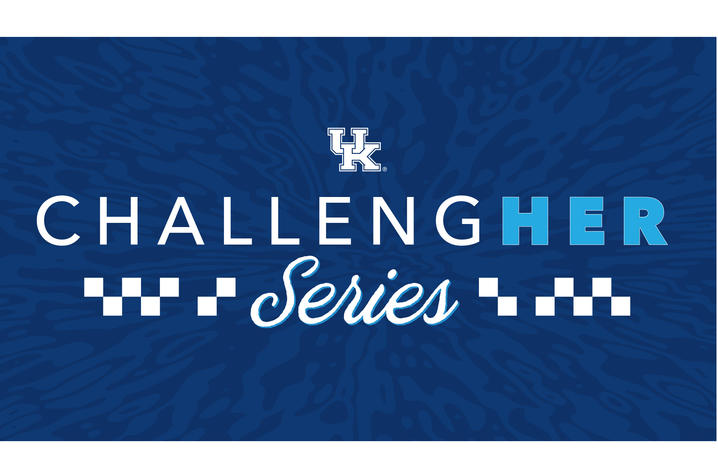 The ChallengHER series will take place July 10 and July 17.

LEXINGTON, KY (July 9, 2021) — Today, global esports organization Gen.G and the University of Kentucky announced a lineup of summer programming to engage esports fans, gamers and students including the ChallengHER series with two different tournaments taking place, as well as a back-to-school welcome week and a fundraiser with proceeds benefiting Kentucky Children’s Hospital.

The ChallengHER series is an all-women’s tournament aimed at promoting an inclusive and positive environment for women in esports. The competitions will take place July 10 and July 17 at 3 p.m. EDT and participants will play a 2 vs. 2 style game of League of Legends and a 5 vs. 5 style Valorant tournament. Spectators can watch the stream on Twitch, at www.twitch.tv/universityofky. Registration is now open and those interested can sign up at www.challengermode.com/s/GenG.

“We are excited to partner with the University of Kentucky to bring these summer activations to our esports fans and UK students,” said Julien Benichou, director of partnership activations at Gen.G. “There are a number of opportunities for gamers and students to learn more about esports and challenge their skills. The ChallengHER series is a great opportunity to bring women together to showcase their abilities and foster a sense of community. Gen.G has been a champion of gender equality and inclusivity since our founding and this event is one we are exceptionally proud of.”

Other programming includes Twitch streams, where UK will host monthly shows, including the "Cornerstone Commentary" series, a speaker series that invites gaming industry professionals to share their experience. Also on campus are the Gen.G Tigers NBA 2K team, who began competing in the UK esports facility starting in May. In an effort to welcome students, in particular first-year students, back to campus and showcase Cornerstone, the official gaming space on campus, will host a welcome week event Aug. 19-22 as a part of their orientation process.

“UK is proud of its esports roots through our partnership with Gen.G over the years,” said Heath Price, associate chief information officer at UK. “Our lineup of summer programming is a unique opportunity to unite Big Blue Nation in a major way and welcome our students back to campus while showcasing our exceptional esports facility and program.”

Gen.G will also partner with content creators and its team to help raise funds in a charity gaming livestream with donation proceeds going to Kentucky Children’s Hospital on Aug. 7.

For more information about the activations, please visit uky.edu/esports.

United under #TigerNation, Gen.G's core mission is to help fans and athletes use the power of gaming and esports to get ahead in and beyond the competition. The company has quickly become a commercial and thought leader, building a global, inclusive and cross-cultural future for sports entertainment. Its widely acclaimed initiatives include: #TeamBumble, the leading team platform for the empowerment of women in gaming; and Gen.G Elite Esports Academy, the world's first fully-integrated academic esports program. Gen.G's teams, content creators and corporate staff work out of their offices in Los Angeles, Seoul and Shanghai. More information about Gen.G esports and its teams can be found here.