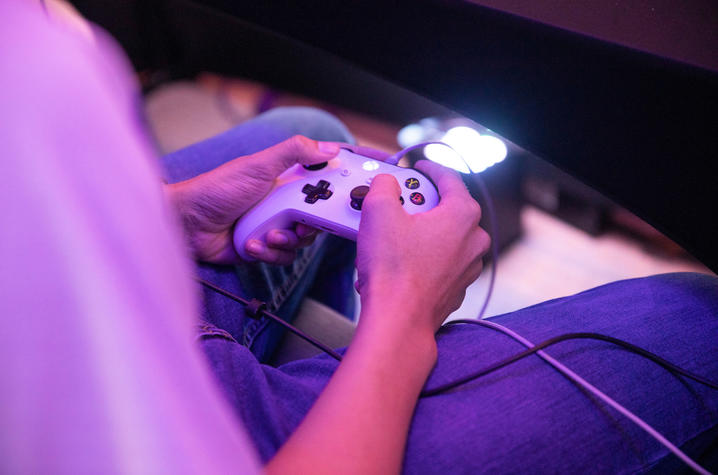 LOS ANGELES, Ca. (April 1, 2020) —​ Gen.G, the global esports organization connecting the best gamers in the United States and Asia, and the University of Kentucky today announced a first-ever UK Twitch Tournament for current, former and future students, as well as alumni and fans — known as the “Big Blue Nation” or “BBN.”

The tourney will provide the opportunity for players to participate in a distinctive NBA 2K basketball experience on twitch.tv/universityofky. The goal is to connect and unify the community while at home during the COVID-19 pandemic, and at the same time, delivering new and compelling content.

“We are committed to the health, safety and well-being of our entire community. That priority has never been more important than during this unprecedented public health crisis,” said Eli Capilouto, president of the University of Kentucky. “Part of that commitment is to help students remain connected while at home. To that end, this platform provides an opportunity to continue to build community and connection among the members of the UK family. We’re excited to see how the UK Twitch Tournament unfolds as a way to connect our students and create community along with all the fans who comprise the BBN.”

Building on UK’s rich basketball tradition, a bracket of 64 members of the UK community will compete for the championship by registering here, starting today. Fans must be at least 13 years old and have a PlayStation 4 and the NBA 2K20 game. Fans will find out on April 6 during the Selection Show, if they were randomly selected based on all skill levels and online connectivity that will comprise the four brackets of 16 members.

The Round of 64 will be played on April 10, Round of 32 on April 11, Round of 16 and Round of 8 on April 13 and the Round of 4 and Championship on April 14. All games will begin at 5 pm ET.  Fans are encouraged to use #HoopsatHome, #HealthyatHome, #BetterTogetherUKY and #NBA2K_UK on their social media channels to connect.

“When we joined forces with the University of Kentucky last fall, we recognized we had unlimited opportunities to build an education platform together,” said Jordan Sherman, head of Revenue Operations for Gen.G. “While fans are disappointed to not have their beloved Wildcats participating in March Madness, we hope this online event will help galvanize and serve as a playbook for other colleges and universities to keep their communities connected with competition and entertainment.”

Established in 2017, Gen.G is the leading esports organization connecting the United States and Asia. Ranked no. 6 in the inaugural Forbes list of the “World's Most Valuable Esports Companies,” Gen.G is the only major organization that owns and operates top teams in the world's leading esports markets — China, South Korea and the United States. Its unique portfolio of teams, winners of seven global championships to date, includes the Seoul Dynasty franchise of the Overwatch League; 2014 and 2017 League of Legends world champion team in South Korea; the world's top all-female Fortnite team, based in Los Angeles; and the NBA 2K League's historic expansion franchise in Shanghai.