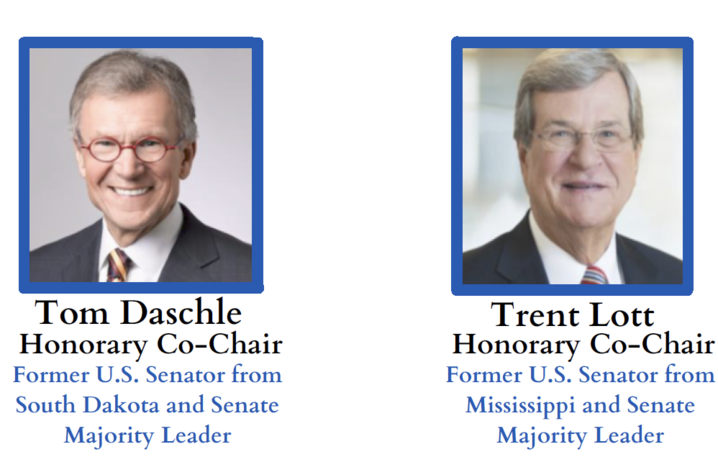 LEXINGTON, Ky. (Jan. 15, 2021) — The Henry Clay Center is launching a new digital series, “The Craft of Compromise,” where guest speakers will discuss the skills and values needed to solve problems in today’s political climate.

The first episode will be livestreamed and recorded through the center’s YouTube channel at 2 p.m. Thursday, Jan. 21. This episode’s conversation leaders are honorary co-chairs Tom Daschle, former U.S senator from South Dakota and former Senate majority leader, and Trent Lott, who represented Mississippi in the U.S. Senate and also served as Senate majority leader.

Hosted by Henry Clay Center alumna Lindsey Constantino, the January event will be facilitated by board member Ian Ralby, CEO of I.R. Consilium and direct descendant of statesman Henry Clay.

The upcoming episodes will occur in monthly succession, with topics ranging from racial justice, the role of the military in foreign policy and the economy. All episodes are open and available to the public.