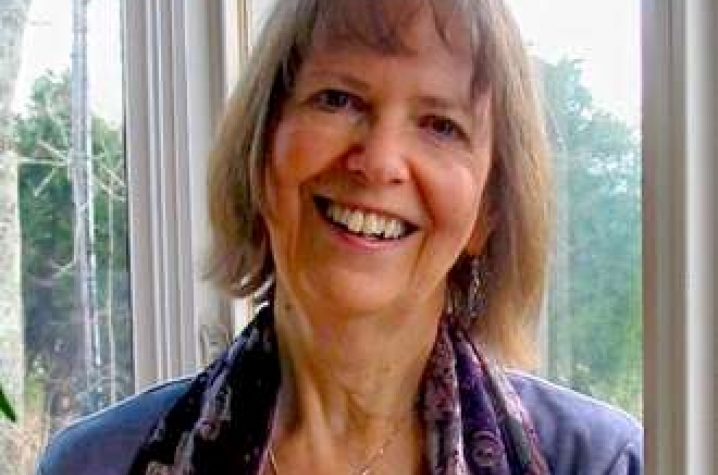 LEXINGTON, Ky. (Aug. 24, 2011) − In honor of her years as the University of Kentucky College of Arts & Sciences writer-in-residence and her new book, "The Girl in the Blue Beret," A&S Dean Mark Lawrence Kornbluh is hosting a reading and reception for Bobbie Ann Mason from 3:30-5:30 p.m., Wednesday, Sept. 7, at the The Art Museum in the Singletary Center for the Arts.

Mason will begin the reading at 4 p.m., with a Q&A to follow.

“Bobbie Ann Mason is a true Kentucky treasure.  She represents the best of the Commonwealth and stands tall as an exceptional role model for all our students," Kornbluh said.  "Her most recent work, 'The Girl in the Blue Beret,' is already receiving critical acclaim.  Written while she was the UK’s College of Arts and Sciences writer-in-residence, we hope that in some small way we helped contribute to this great work.”

Mason was born on her family's dairy farm in Mayfield, Ky., in 1940. The Western Kentucky native, who earned her degree in English at UK, was interested in writing as a child, but it wasn't until her short story, "Offerings," was published in a 1980 issue of The New Yorker that she found literary success.

Mason included these stories in her first book of fiction, "Shiloh & Other Stories," which won the PEN/​Hemingway Award and was nominated for the American Book Award, the PEN/​Faulkner Award and the National Book Critics Circle Award. Mason received a Guggenheim Fellowship and a grant from the National Endowment for the Arts, and she received an Award for Literature from the American Academy of Arts and Letters.

Mason writes about working-class Western Kentuckians, and her short stories have contributed to a renaissance of regional fiction in America creating a literary style that critics have labeled "shopping mall realism."

Her first novel, "In Country," is taught widely in classes and was made into a film starring Bruce Willis and Emily Lloyd.

"The Girl in the Blue Beret" is based on the World War II experience of Mason's father-in-law, Barney Rawlings, who was shot down in a B-17 over Belgium in 1944.

With the help of the French Resistance, Rawlings made his way through ccupied France and back to his base in England over a two-month period of time. "Ordinary citizens hid him in their homes, fed him, disguised him and sheltered him from the Germans," Mason recently told the Washington Post. "Barney had a vague memory of a girl who had escorted him in Paris in 1944. He remembered that her signal was something blue — a scarf, maybe, or a beret. The notion of a girl in a blue beret seized me, and I was off."

Mason earned her bachelor’s degree in English at UK in 1962, her master’s degree at the State University of New York at Binghamton in 1966 and her Ph.D. at the University of Connecticut in 1972.

Mason was the writer-in-residence at UK for two consecutive terms, from July 1, 2001 to June 30, 2011. She belongs to the Authors Guild, PEN and the Fellowship of Southern Writers.